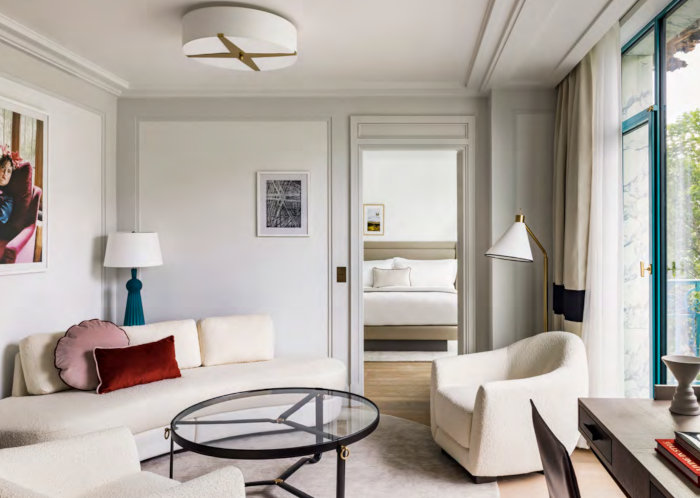 The start of the new season in the Paris hotel industry is marked by two openings with contemporary accents. The opening of the Kimpton St Honoré Paris, part of IHG’s premium and lifestyle brand, which has 75 hotels worldwide, was announced a long time ago. As a reminder, this hotel is located on Boulevard des Capucines, almost opposite the British group‘s Parisian flagship, the InterContinental Paris Le Grand

. Its setting: a listed Art Nouveau building that housed “La Samaritaine de Luxe” when it opened in 1917.

Charles Zana has revisited the building in a style inspired by the Belle Epoque. It’ s a place that Parisians will make their own, a life-size theatre stage, open to the city,” describes the interior designer. We recognize the generous American luxury in the welcome and in the personalization.

” In this setting, the christened lobby and its mezzanine Library will welcome hotel guests for a Social Hour at the end of the day to chat over a drink or coffee.

Offering 149 rooms, including 26 suites, as well as a spa, the Kimpton St Honoré Paris also features a restaurant, the Montecito, where French chef Nicolas Pastot and American Carrie Solomon have designed a cuisine with Californian accents, all in a retro seaside Art Deco decor. The hotel also offers its guests a unique place with its rooftop cocktail bar, the Sequoia, with a 360° view over the roofs of Paris and designed as an Art Deco winter garden 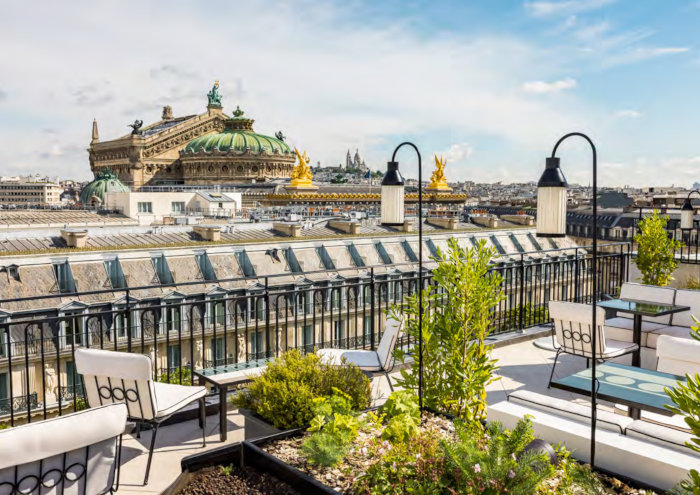 The Sequoia, on the roof terrace of the Kimpton Saint Honoré Paris.

However, the hotel also lends itself to more studious things with a space dedicated to meetings and events with direct access from the rue Daunou and a basement car park. The Kimpton offers companies and mobile workers five meeting rooms, named La Station, La Fabrique, L’Atelier, L’Officine and Le Lab. The whole is completed by the reception room Le Studio, spread over 300 m2 in one piece with a mezzanine and decorated with a huge LED wall. A new chic and upmarket address for trendy corporate events.

Still in the Opera district, but on the Grand Boulevards, Boulevard Haussmann in this case, the former Millennium Paris Opera has been given a new contemporary look and will reopen its doors on 31 August under the name M Social. Contemporary design, works of art, redesigned rooms: the Millennium & Copthorne group has spent 5.4 million euros on the renovation.

r convert the hotel to its lifestyle brand, launched in 2016 and already present in Auckland, New York and Singapore, before no doubt more developments to come. ” People are looking for new and exciting experiences,” said Mr Kwek Leng Beng, executive chairman of Millennium & Copthorne Hotels. M Social is all about creativity and passion.

As for M Social Paris, the brand’s first in Europe, it offers 163 rooms and suites inspired, like the entire hotel for that matter, by the elegance of the Roaring Twenties reinterpreted in a modern way. A chic atmosphere that companies can enjoy in the freshly renovated event space. Under four-metre high ceilings, the hotel has seven rooms for 10 to 80 participants 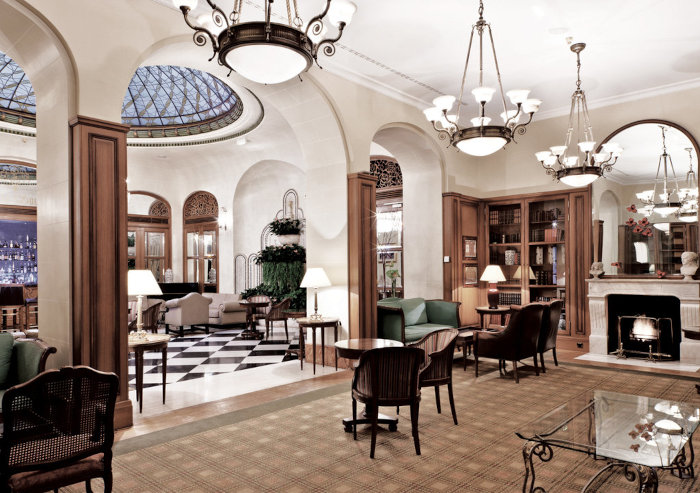 Lobby and lounge of the M Social Hotel Paris Opéra.

Overview of hotel openings in France in 2022

British Airways to win back America and Gatwick in 2022