Jumeirah: Dubai as a home port, luxury as an ambition 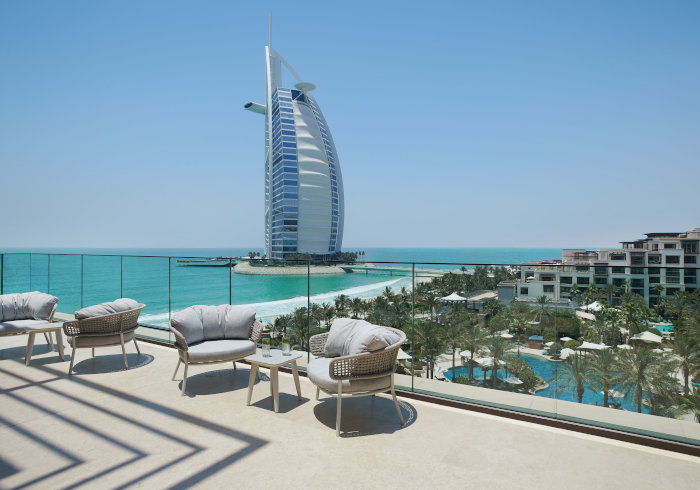 View of the Burj Al Arab from the Royal Penthouse of the Jumeirah Al Naseem.

Of course, the launch of the World Expo in Dubai on October 1 is not without its reasons for the good results of the emirate’s hotel industry. According to STR, hotels recorded an average occupancy of 81.6% over the past month. Not seen since January 2020! However, the emirate did not wait for the holding of this global event to get its visitors back. Once the initial shock of the pandemic had passed, it was even one of the first to recover. This is a challenge for a long-haul destination, which cannot rely on significant domestic tourism as in France, the United States or China.

As an example, the firm STR noted a hotel occupancy of 71% in December 2020, a period when Europe was sinking into a long confinement. ” The leisure clientele is experiencing the same attendance here as in 2019, but with a financial return of +10% above pre-covid levels. As for business tourism, it is down 20%, particularly in view of the alternative offered by digital meetings. Nevertheless, while many companies’ offices in Asia are still closed, Dubai is a fallback solution for their meetings

,” notes José Silva, CEO of the Dubai hotel group Jumeirah, who was in Paris to talk about his group’s current situation. 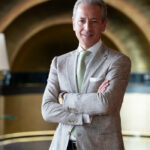 Wearing a mask, even outdoors and in 40-degree weather, rapid vaccination of almost the entire population: Dubai has been relatively unaffected by the pandemic – a little over 220 deaths per million inhabitants for the entire United Arab Emirates – and was quickly seen by tourists as a “safe” destination. And, what’s more, it was widely open to them. Unlike Singapore, for example, a financial hub to which the emirate is often compared, Dubai has not cut itself off from foreign visitors,” notes José Silva, CEO of the hotel group. While schools and offices have been closed and a curfew may have been introduced for a few weeks, Dubai has never closed its borders or set up a quarantine. A position that pays off, contrary to many restrictions, some of which are still in force around the world. ” Dubai is above all a service economy, with the headquarters in the Middle East of large companies, consulting and finance. The emirate is historically focused on trade, so it had to keep its borders open

With, as iron of

launches the Burj Al Arab which, with its recognisable curve, its height three metres higher than the Eiffel Tower and its unusual presidential suites, the Jumeirah Group is no stranger to the place Dubai has taken today. ” Since its launch some twenty years ago, the group has embodied Sheikh Zayed’s vision of making his emirate a key financial hub and a holiday destination prized the world over,” describes its CEO. This goal has been achieved, given the number of offices, hotels and restaurants that the destination now boasts. In this respect, José Silva notes that “after years of crazy growth, we have reached a plateau of maturity. The competition is more on quality. 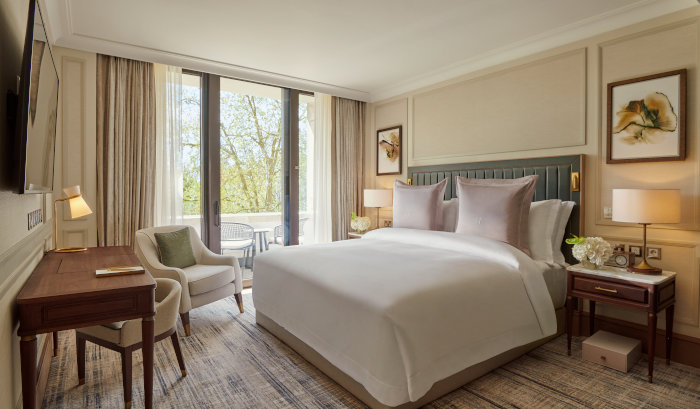 Formerly head of the Four Seasons George V, this hotelier took over the management of the group four years ago with a view to managing the competition with all the luxury hotels that have appeared in the emirate, some of which, like Jumeirah, are owned by Dubai Holdings, such as the Bulgari, Four Seasons or Mandarin Oriental. But above all, his mission is to make Jumeirah a global brand, to position its name as a reference in the manner of the great names of the Asian hotel industry such as Peninsula or Mandarin Oriental. This requires a global presence,” says Silva. Our globalization is focused on high luxury with urban hotels of 150-200 rooms like the Carlton Tower in London for example, or exclusive resorts like the Capri Palace or the one we recently acquired in the Maldives, both with less than 70 rooms.

Showcasing Dubai’s excellence abroad, the Jumeirah Group now has 24 hotels worldwide, half in Dubai and the Middle East, but also in China, notably in Shanghai and Guangzhou, as well as in Europe, with a business hotel in Frankfurt, two luxury hotels in London and two resorts, one in Port Soller in Spain, on the island of Mallorca, and the other in Capri, Italy. Other openings are expected in Oman and Mecca in the Middle East, as well as in Bali. A global footprint in the making that will undoubtedly include France, as Jumeirah’s CEO has made no secret of his attraction for snowy slopes, nor of the possibility of an upcoming development in the French Alps.

Paris is obviously also on the list of cities sought by the group, as well as New York, but also Los Angeles and Miami in the United States. Because of the loyalty of Russian customers to the Jumeirah brand, Moscow and Saint Petersburg are also natural targets for the Dubai hotelier.

A presence there would be just as strategic for us as in Paris, and even in those Russian-speaking countries like Kazakhstan that are just emerging