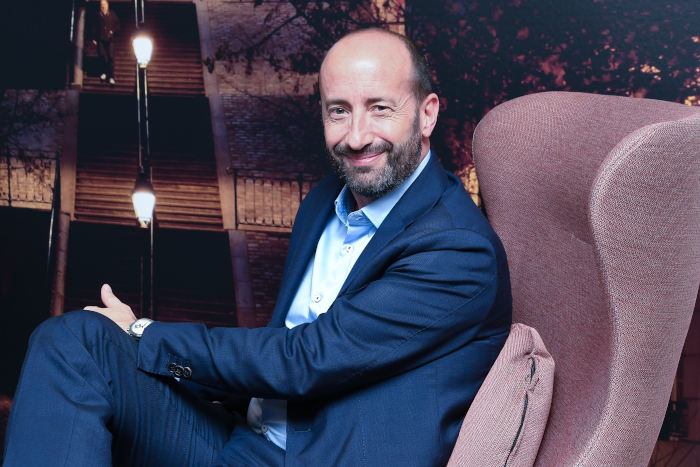 James Galland, director of operations and development for the Odalys City and Odalys Campus brands.

What is the current status of the Odalys City offer?

James Galland – In a good development dynamic. After the first two openings of Odalys City in 2009, the development was limited to three or four establishments for several years. At the time, our group, which has a vacation DNA, had the capacity to position itself in city center operations in an opportunistic way, but without the logic of an apartment hotel brand. Everything really accelerated from 2015-2016, with a real focus on this offer

and the creation of a dedicated team. Today, we have 31 city-center establishments, or nearly 3,000 apartments spread throughout the country and available in two ranges: the four-star Odalis City Prestige and the mid-range Odalys City Cosy.

However, while the Odalys name is closely associated with vacation rentals, was it easy to position the Odalys City brand on an accommodation mode largely dedicated to business customers?

J. G. – We have to admit that at the beginning it was complicated for our sales teams. Their interlocutors often confused it with our vacation activity, which is popular with works councils. But all that is now outdated thanks to the hard work of our teams, our marketing efforts and, in parallel, the development of our network. Today, we are truly recognized as aparthotel professionals by business clients. We still need to make this known more widely. As the Odalys Group diversifies its activity well beyond leisure, with more and more openings for Odalys City as well as for our student residences Odalys Campus, our communication logic could evolve in the future. We are still at the stage of reflection.

Let’s go back to your offer. What were your last openings?

J. G. – After opening the Odalys City Paris Montmartre in 2019

, we set up in Le Mans just before the pandemic, with an establishment in the heart of the city; a product that has found its audience with a large business clientele thanks to the insurance sector, which is very present in the city, and a strong demand for congresses and the Le Mans 24 Hours. More recently, we have extended our offer to Toulouse, with the opening of a new hotel in the beginning of the year.he opening of the Odalys City Toulouse Compans Caffarelli in the city center, followed last May by that of a four-star aparthotel at Toulouse Blagnac airport, right next to the Safran and Airbus sites. This opens up enormous prospects with corporate clients, since we have already signed major contracts with companies in the aeronautics sector.

We wanted to upgrade our facilities by giving pride of place to the common areas, with completely redesigned lobbies.

James Galland, Director of Operations and Development at Odalys City

Through these two openings, you have also unveiled your new brand concept which will be present in all your future establishments and in the older ones, as they are renovated. Can you tell us more about this evolution?

J. G. – Previously, our concept was in line with market standards, but we felt that it lacked originality. That’s why we wanted to develop our establishments by giving pride of place to the common areas with completely revised lobbies in terms of decoration. Next to apartments with a soothing and more contemporary atmosphere, these lobbies have been transformed into living spaces where our clients can share good moments. The Odalys City in Toulouse Blagnac, for example, has a magnificent 200 m2 lobby with a coworking space, among other services. Depending on the establishment, we will also offer meeting rooms, fitness, even spas and swimming pools. 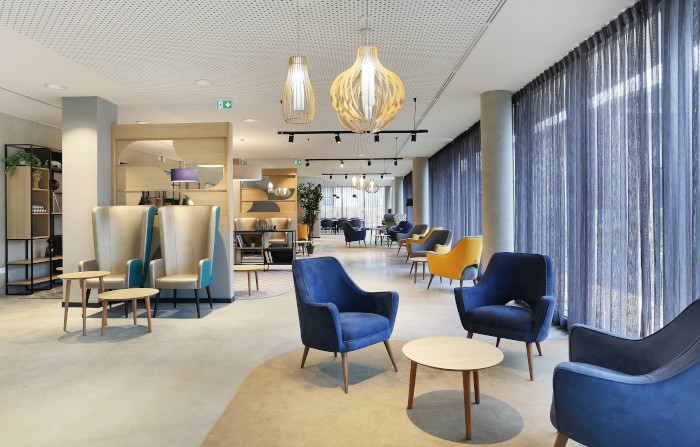 Meeting rooms, swimming pool, spa: urban residences offer . Is this a way to differentiate yourself from the competition?

J. G. – These different services are not part of our systematic specifications. Seminars are not our core business, but in some places, we add this feature if we feel there is a real demand. This is the case, for example, in Toulouse Blagnac and it will also be the case at the Odalys Marseille Euromed, an aparthotel that will open in June 2023 next to the CMA-CGM and La Marseillaise towers. This “big boat” will have seminar rooms, including a plenary room for 100 people, a restaurant managed by us, and a spa with a swimming pool. As for the seminar rooms, depending on the real estate opportunities and what the competition is offering in the area, we may consider including a wellness offer.

Will the coworking component be deployed in all your aparthotels?

See also  Aer Lingus Regional, the start of a UK network from Dublin

J. G. – It’s still too early to say whether coworking will become a standard service in our specifications, but we can see that there is a real demand, whether from nomadic professionals or from people who want to be able to organize their work.

Toulouse, Marseille: is your development mainly oriented towards the major French cities?

J. G. – Among others. We now have three establishments in Toulouse, and we will soon have four addresses in Marseille. An aparthotel will arrive in Nice in 2023, opposite the airport. We would also like to have a presence in Lille and Bordeaux. But we are also moving into markets where there is less depth, such as Le Mans, which I mentioned earlier. On the tablets for the year, we also have openings in Angers and Nîmes, and then in Nancy in 2024. Closer to home, at the end of June we will open our first establishment in Le Havre, a beautiful four-star product with seminar rooms and an ideal location, 100 meters from the train station. There is a real demand for this city, no doubt driven by its mayor. In January 2023, we will open a second three-star hotel in the city, as part of a development that also includes a Campus student residence. 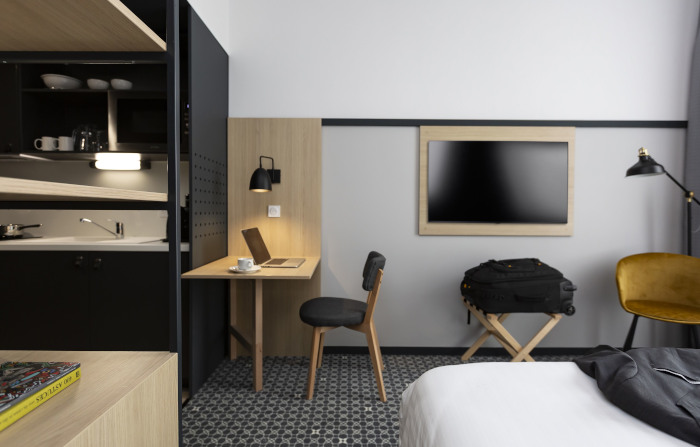 Besides these openings in France, do you also have international ambitions?

J. G. – Absolutely, and we are opening an Odalys City in Porto at the beginning of the summer, followed by others in Lisbon and Seville, as part of the Odalys City-Odalys Campus “combo” development. In Europe, we are targeting several destinations in particular – southern countries such as Spain, Portugal and Italy, or even Belgium – but why not, in the long term, go elsewhere in Europe, or even further afield? We have real ambitions for development in Africa thanks to the support of our shareholder, the Duval group, which has a very large network in several countries. Negotiations have already begun, with a few projects signed. The Ivory Coast, Senegal and Cameroon are among our target destinations. In all these countries, we will approach our product in a different way, with a larger surface area for the apartments as well as for the common areas, in order to be able to offer a more important bar and restaurant offer.

So Odalys wants to position itself as a major player in the aparthotel market?

J. G. – Absolutely. We are looking at everything that could enable us to accelerate our development, whether through organic growth or external growth, through management mandates or franchising. While some players are present in certain markets, we are not yet in a position to offer our clients a complete range of services.

In some market segments, no one covers all the segments like we do: vacations, students, aparthotels and seniors. We have real expertise in serviced residences.

The IHG group strengthens its offer in the south of France

A Inside Look at the First Black Travel Consumer and Trade Expo (U.S.)