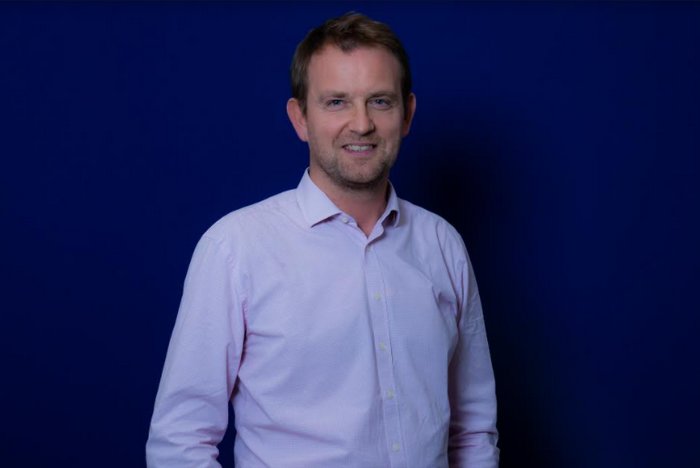 The IFTM Top Resa event allowed you to take the temperature of the business travel market: how do you feel about it?

Yorick Charveriat – As far as TMCs are concerned, we are all in the same boat: there is a kind of recovery, and that’s good. We were supposed to be at 20% of business in May, but today the figures are around 55% compared to a normal year in France, a market that has the advantage of having significant domestic traffic thanks to the train. In countries such as Belgium and the Netherlands, the market is mainly focused on long-haul, so volumes remain very low, as long as the borders are not really open to international traffic. In the US, volumes are good thanks to the strong domestic market. In China, the domestic market is also important, but there are periods of sudden closures that break the momentum. As for Australia, it’s closed in on itself… That’s where it’s complicated for the management of our resources: the lack of visibility and stability forces us to manage our teams on a daily basis, while at the same time having to deal with increased customer needs, with longer conversation times. It’s a challenge.

What is the main obstacle today for the 45% of business travellers who have not returned?

Yorick Charveriat – The opening up to international and long-haul travel. We saw this with the US market: as soon as the United States announced their reopening for November, we received a lot of bookings in the afternoon. There are many companies that are in the starting blocks to leave. Perhaps this will generate a peak, with full planes during the month of November – by the way, fares have apparently risen significantly – and this will be followed by a backlash in the aftermath. But as long as the conditions of access to international flights remain complex, and above all as long as they are not harmonised, we will not return to pre-crisis levels. But we all need to get together, to meet our customers. Travel is the fuel of the economy. Will the return to 2019 levels be for 2022? I don’t think so, or at least not before the end of the year. But things are moving very fast: all that is needed is for Asia to open up again, for governments to harmonise their measures… There is a real appetite, and business travellers are in the starting blocks

These uncertainties did not prevent American Express GBT from acquiring Egencia…

Yorick Charveriat – We have not yet acquired Egencia. We are waiting for the approval of the competition authorities…

Precisely, by dint of acquisitions, aren’t you approaching a monopoly situation?

Yorick Charveriat – No: there are still many competitors! As far as Egencia is concerned, we have expressed the wish to buy them because they are a very strong agency in the mid-market, which is a very important segment.This is one of our major objectives. Their technological tools are powerful, and there is a very interesting hotel content that will complement all the agreements that we can have on the air side. We are going to bring a lot of value to our clients thanks to this. Egencia’s expertise is very complementary to ours.

Why didn’t you include Traveldoo in the transaction?

Yorick Charveriat – We already have Neo, so there was no need.

Without being in a monopoly situation, American Express GBT has bought out several of its competitors, and other TMCs such as CWT have experienced a few air gaps: aren’t you lacking challenges on the market?

Yorick Charveriat – You have to be wary of everything that is said about CWT: they are intelligent people. Competition is always present, whether it comes from the classic CWTs or from new players. It is important that we strengthen ourselves with a strong network in the mid-market to bring more solutions, products and possibilities to our customers. That’s the real objective. If we had simply wanted to buy market share, we could have bought a competitor similar to American Express GBT, but that would not have made sense: that is not the objective.

Like the integration of Whatsapp, your latest innovations seem to focus on communication with the traveller. Was this initially on your roadmap, or did the context precipitate certain developments?

Yorick Charveriat – We are investing heavily in these technologies and products, because we will be operating for several months, or even several years, in a fairly unstable environment, and we need to provide the traveller with as many possibilities as possible before and during the trip to get in touch with the agency and be accompanied. We must provide information, like Travel Vitals, to prepare the trip. That’s why communication via WhatsApp is already available in the United States, and will soon be available in France. Our roadmap already included the desire to bring much more technology and simplicity to business travelers. We have indeed accelerated on some issues at the time of Covid, with Travel Vitals, or with all the modifications on the Neo tool regarding CSR, with the CO2 filters for example.

What remains to be done in the coming months?

Yorick Charveriat – There is one issue that is close to my heart, and that is CSR, with the reduction of CO2 emissions. We have a real responsibility on this point. We offset, like all companies, but we also have a very important role to play in terms of lobbying on the subject of SAF (Substainable Aviation Fuel). It’s a bit like the electric car: it won’t become widespread if there aren’t enough charging stations. And there is a whole industry to be created around SAF. So we have set up a partnership with Shell to push this issue, create this industry, and increase the use of this type of fuel. We need to bring together as many market players as possible to influence the debate and encourage investment. We also want to give customers the option of making a “full green” reservation, whether for car rental, hotels or transport. We would like to launch this functionality at the beginning of 2022. For some customers, it may not be as natural to travel anymore, there will have to be a real meaning behind it, and this will bring an additional tool.

We are being promised an uncertain outcome between business travel and videoconferencing: what is your own prediction?

Yorick Charveriat – I really believe in travel, including for internal meetings: we need to see each other. Videoconferencing is practical, we can do extraordinary things, including in hybrid format, but the technology has its limits. We are in the process of resuming face-to-face meetings with clients, and that changes everything! We need to revisit each other, both internally and externally. At American Express GBT, we truly believe in business travel, we invest in it, our shareholders believe in it too. We are very lucky to have them, because we have a very healthy financial situation, because our shareholders believe in us, they invest in many areas of the travel economy. Videoconferencing is a good complement, and why not even study the possibility of replacing travel with virtual travel for a round trip day. But we truly believe that travel is the fuel of the economy.

Will the 2022 TEU therefore abandon the virtual format?

Yorick Charveriat – Yes, we would like to organise EVP 2022 in person, obviously with a retransmission, but in the same way as the participants were able to experience the event beforehand.

Pléta on the sea Mallorca: Dream night in the Balearic Islands