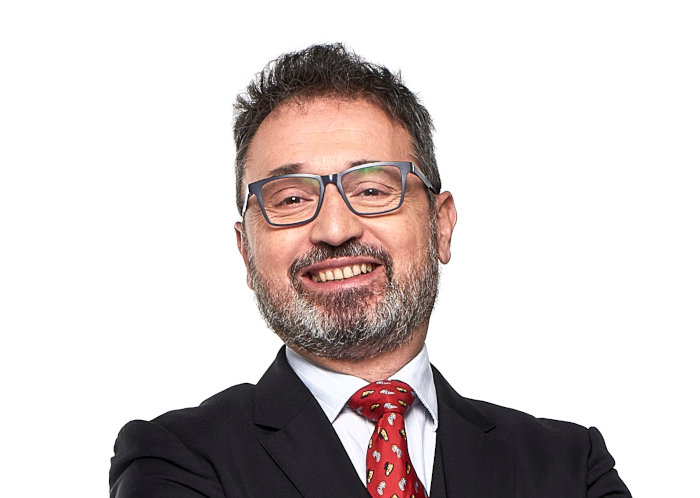 How do you see the MICE sector evolving after this long period?

François Lafont – We can expect a certain rebound effect, a catching up effect, for the beginning of 2022. However, it is difficult today to have a clear vision of the solutions that will be put in place in the future, of what the sector will be like in one, two or even five years. What is clear is that the changes already underway will be further accelerated. We talk a lot about digital technology, but there are many other phenomena that will change our industry, such as climatic, health and safety changes, but also behavioural and social changes. These major trends must be taken into account, and they invite us to adapt and to always be on the lookout.

Does the digitalization of events, encouraged by the pandemic, go against meetings?

F. L. – Everyone has realised that Teams, Zoom, etc., work very well. Especially since this development is in line with current climate issues. It is also in line with the quality of life sought by professional travellers, thus avoiding tiring and unproductive round trips during the day. As a result, the structure of meetings will change completely. No longer will there be endless presentations of charts or results, but shorter meetings that get straight to the point. These meetings, whether they are about innovation and creativity or about negotiations and multi-stakeholder decisions, require human interaction, and therefore face-to-face. But at the same time they will leave more time for exchange and meetings. The incentive and team building part will be more important. Operating methods will evolve, and the offer will have to follow accordingly.

So virtual and face-to-face are not competitors, as is sometimes suspected?

F. L. – This is a long debate. Some people predicted the end of face-to-face when videoconferencing appeared in the 1990s. However, this has not prevented our industry from experiencing strong growth thereafter. Let me take another example, in the digital world. When the first video games arrived, many people thought that there would be no more contact between players, that they would stay at home playing until the end of the night. Nowadays, e-sports events are growing incredibly fast. A few years ago, you could have 200 to 300 people in attendance. Today, not to mention the remote connections, they are in the thousands, and over several days. People come to participate, to exchange, to meet. Humans are social animals. And it’s the same for professional meetings. We must not forget that the most important point

The most important thing at

Some people predicted the end of face-to-face meetings when videoconferencing appeared in the 1990s. However, this has not prevented our industry from experiencing strong growth thereafter.

F. L. – Indeed, but the economic model for digital events is not yet fully finalised. As far as hybrid meetings are concerned, will they be multi-hub? Will it be a hybrid with people present and others connected, or a hybrid with post-event action through the distribution of content and opportunities for exchange afterwards? Will we move towards face-to-face conferences and virtual marketing in the form of mini-series, “spotify conferences” as it were? All these fields are possible. And we need to think about these offers today. In this context, the challenge will undoubtedly focus on content. In the past, digital was all about streaming, whereas today we are talking about digital content edited and consumed by structured and active communities. We are obliged to project ourselves onto current expectations, but also onto those of future generations who will be more used to digital. 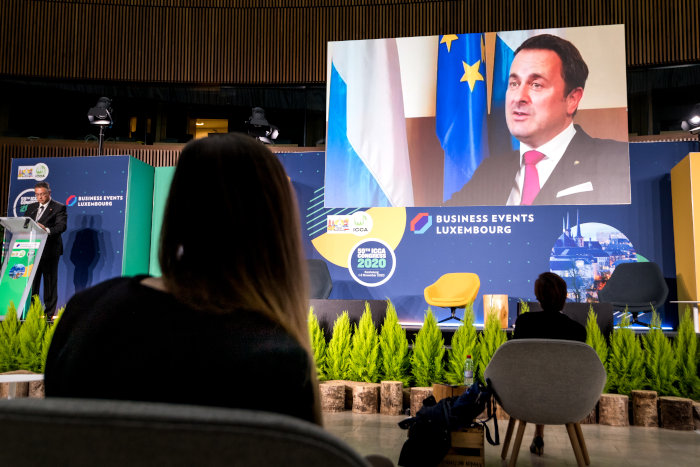 How is Luxembourg positioning itself in this field?

F. L. – This is one of our main strengths. When we prepared to hold the European Congress of the International Convention and Congress Association (ICCA) in the autumn of 2020, one of the questions asked by the organisers concerned our ability to broadcast the event to three or four different hubs around the world. The answer from the ECCL (European Convention Center Luxembourg), where the event was held, was very simple: as we host the meetings of the EU Council of Ministers, we can even go much further, up to thirty secure lines simultaneously. It has to be said that few congress centres can offer such technology. The role of European capital played by Luxembourg and the presence of all these large companies in the country have imposed very high standards that benefit all our structures. At the same time, RTL’s historical presence in Luxembourg has given rise to audiovisual know-how that many companies specialising in events have inherited.

On a larger scale, how is Luxembourg approaching the innovation aspect?

s in research and innovation

. One need only look at its pre-eminent position in the space sector. The Luxembourg company SES specialises in the piloting of satellites, particularly weather satellites, and is the largest company in this field in the world. It is a culture that goes back a long way and explains why today Luxembourg is a crossroads of information highways and has world-class data centres. For example, the country has one of the largest supercomputers in Europe for data sharing. In parallel, 5G will soon cover the whole country. Luxembourg also supports the digital evolution of SMEs through the Fit 4 Digital programme. Beyond the technological aspect, Luxembourg is at the forefront from an academic point of view, with a place in the top 10 most collaborative universities. Luxembourg is one of the most agile countries in the world. 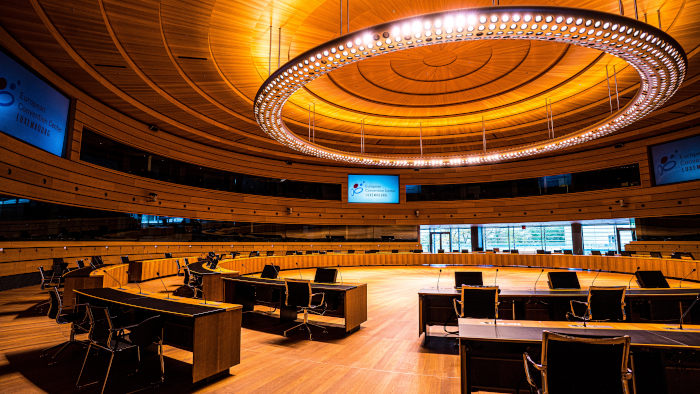 The ECCL (European Convention Center Luxembourg) hosts the meetings of the European Union’s Council of Ministers.

Alongside digital technology, CSR is the other major current trend. Is this another trump card up Luxembourg’s sleeve?

F. L. – It is indeed one of our other strong points. Whether it’s in the area of society, respect for minority rights, multilingualism or inclusion – just think of our Prime Minister (editor’s note: Xavier Bettel is the first EU leader to be married to his partner in a same-sex marriage) – Luxembourg is a model. But it is also and above all one of the greenest and most authentic countries in the world with free public transport and positive energy houses. Apart from the greenery that covers the country, half of Luxembourg City itself is made up of forests and gardens. This state of mind corresponds to a certain vision of life that is very current. All our infrastructures are in the midst of unique settings, whether it be Luxexpo The Box – which will soon be renovated -, the ECCL in Luxembourg or the other conference venues in Esch or Belval. When you think of the Moselle wines, Schengen or Vianden, in the north of the country and of course the city of Luxembourg, the country has a great deal of tourist diversity, but it is still authentic.

What is the basis of this authenticity?

F. L. – There is a phrase in Luxembourg that says: “we want to remain what we are”. We know how to welcome people, as shown by the 150 nationalities present in the country, but we want to remain ourselves, with our own language and culture. These are not just words, marketing arguments. Look at the history: this country, which is located between Germany, France, Belgium and Holland, has always been able to remain independent, playing with its assets. This means that, behind this, there is an original way of being, an ability to discuss and negotiate with long-term thinking and, I would add

I would say that we are a close-knit, supportive group of people.

How does this state of mind reflect on your field?

F. L. – When we inspect event sites, the organisers are always surprised by the human quality of the people, their kindness. It’s based on values and mutual respect. When you live in a country with 600,000 inhabitants, you will meet more or less the same people in your life. Between the political class and the decision-makers, the company executives and the employees, everyone ends up knowing each other, sometimes since early childhood. Hence the need to help each other. This culture of benevolence, this desire to always find solutions, can be found at all levels around corporate events, in discussions with audiovisual professionals or those who design the venue. Everyone will be attentive to their organization.