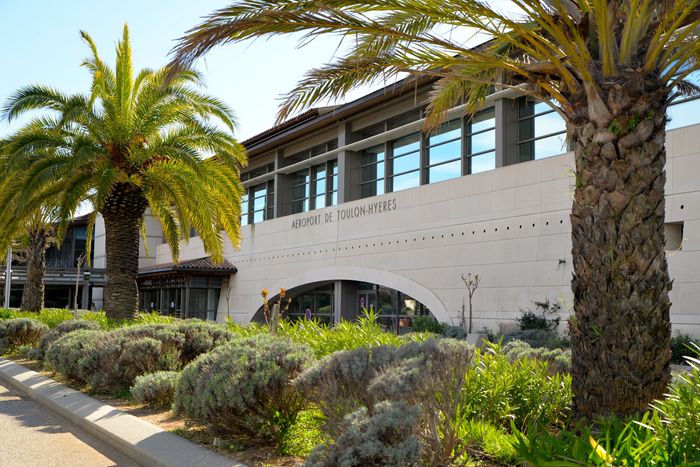 How did the implementation of a year-round service between 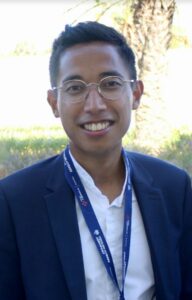 Chivoine Rem – This was done in two stages. On 28 June, we welcomed easyJet for the first time on the platform for the opening of the route to Paris CDG. Then there was a fairly rapid announcement, in mid-July, concerning the year-round extension of the Paris CDG route and, at the same time, the opening of a route to Orly, which is proving to be structuring for our network

What does the business clientele represent, which seems to be targeted by this launch?

Chivoine Rem – Traffic at Toulon Hyères airport is fairly balanced. During the winter, we have one third of business passengers, another for leisure and a third for the VFR market (family and friends). This balance explains the resilience of our routes in recent months. In the summer, of course, leisure travellers are added to the mix, which distorts this proportion somewhat.

Is the demand for point-to-point or connecting services?

Chivoine Rem – The demand is for both. The opening of easyJet to CDG was important because it reconnected the airport to an international hub. This is very interesting for local companies that have customers all over the world, such as Naval Group and CNIM… But the Paris-Orly route is also very important because the link with Paris is essential.

Domestic flights have not been getting good press for several months. Are you afraid that easyJet will give up?

Chivoine Rem – The limit has been set at 2.5 hour train journeys, and the train time between Paris and Hyères is more like 4.5 hours or even 5 hours. It is therefore difficult for companies to make quick return trips by train, and the air link between Paris and Toulon makes sense.

The train is not your only competitor: how can you exist near two hubs like Nice and Marseille?

Chivoine Rem – Indeed, we have major competitors. The challenge for us is to develop a slightly different offer, which allows us to serve the Var region for imports and exports, and a more comfortable passenger experience, compared to competitors who do not have the same scale in terms of traffic, nor the same customer experience.

Are there any other strategic routes planned?

Chivoine Rem – We are constantly working to connect the territory. The objective over the next few months will be to open the route to London Gatwick, which has been postponed due to health measures. This will be important for tourism, but also for companies, which regularly tell us about their need to go to London.

Thinking about the future of this hub over the long term

New infrastructures, are new services to be expected at the airport?

Chivoine Rem – The advantage of Toulon-Hyères airport is that the concession extends to 2040: this gives us the opportunity to think about the future of this hub over a long period of time. For the moment, we are focused on rebuilding traffic, supporting the recovery from the difficulties encountered by the airline industry during the crisis. As the recovery takes hold, we will be able to project and invest. One of our objectives is to develop business aviation, which is the lesser known part of the airport. This would complement the commercial routes and provide a much wider connectivity for business travellers to the whole world.

Isn’t there already such an offer in Saint-Tropez?

Chivoine Rem – The airport there is smaller, with more restrictions in terms of aircraft capacity, whereas we can accommodate all types of business aircraft. Toulon is really the gateway to the Var for business aviation. In fact, half of our flights are business aviation operations.

An industrial-military ecosystem that is diversifying

Which commercial routes are the most successful?

Chivoine Rem – Of course, the most important route is the one to Paris, both Orly and CDG. But we also have routes that are closely linked to the historical typology of Toulon’s economy, which was built around the French Navy and an industrial-military ecosystem that is nevertheless diversifying with artificial intelligence, on-board systems, etc. For example, with Transavia we now have a year-round route to Brest that meets the connection needs of sailors and the entire naval ecosystem. Similarly, we also have charter flights assigned by certain companies, notably Naval Group, to connect Cherbourg and Toulon. Our objective is to meet these types of needs, to help companies develop by looking beyond the regional scale.

How has traffic evolved over the last few years, particularly during the health crisis?

Chivoine Rem – In normal times, we receive between 500,000 and 600,000 passengers per year. We lost about 60% of our traffic during the crisis, but Toulon airport is rather resilient, and the recovery since May is quite clear, for all types of customers, with almost normal traffic.

So the future of the airport is not threatened?

Chivoine Rem – The airport is a very important infrastructure for the region. There is a specific market at Toulon-Hyères, which should be developed and perpetuated. Moreover, we have a capacity of around 1.5 million passengers. So there is still room for development of the activity. In this respect, the arrival of new customers after the crisis, in particular Transavia at Orly, in addition to routes to Nantes and Brest, but also easyJet, all this brings us a new type of traveller, both for leisure and business travel. Moreover, theThe development of the easyJet offer over the last few years has included a real reflection on the business clientele. And the continuation of the Transavia route to Brest also shows us that these airlines are new levers of growth, which we did not have previously.

After having relied on Air France for a long time, regional airports are now relying primarily on low-cost airlines?

Chivoine Rem – It is not so much we who are banking on low-cost airlines as the market which is changing structurally, and the Air France group is adapting to this development. From our point of view, these players will enable us to test more things, new routes, with a different pricing approach. This will make air transport even more democratic, and therefore generate traffic. This new situation gives us the opportunity to develop, to regain the traffic we had before the crisis, and even to go further.

Does this development have an impact on the airport’s organisation, particularly in terms of services?

Chivoine Rem – It’s necessarily something we’re following, which deserves long-term reflection. Toulon is a somewhat specific airport in the region, our business or leisure passengers do not really express a need for an airport lounge for example. Instead, they prefer an ease of travel that they don’t find in other airports, the possibility of having a car park at the foot of the terminal… It’s a comfort for these passengers in terms of efficiency, use of their time, with a much more personalized service. We can also offer to rent meeting spaces to those who need them.

Chivoine Rem – Yes. You have to be aware that the airport serves not only Toulon, but also the whole of the Var, with a very wide arc. Temporarily, the traffic lengthens the passenger experience a little. But getting to Nice or Marseille is even more complicated. Obviously, the more accessible and connected the airport is, the more we can develop the activity. We are working on this with the public authorities, and there is the project of a metropolitan RER which is intended to develop. More locally, there is a project led by the Hyères town hall which aims to link the station, the port and the airport in this very large town.

Have you noticed a “teleworking” effect in recent months?

Chivoine Rem – We don’t have enough hindsight yet, there is no real data, no updated surveys. But clearly, the Var has a card to play in the context of these changes in working habits. Moreover, the development of a specific telework offer is part of the territory’s strategy.

SNCF Connect: taking inspiration from others?

Go to Lake Como for 48 hours

The Tatihou Music Festival holds its own