Incentive: Switzerland through the years

The panorama of the Lower Town of Neuchâtel (Photo: Luc Citrinot)

, Basel, Lausanne or Zurich. And yet, in the shadow of these four metropolises, lives another, more discreet, prosperous Switzerland. A Switzerland that is nonetheless an alternative for a conference, an incentive trip or simply as an extension of a business trip.

Switzerland’s advantage is its small size. And a rail network that makes every community easily accessible. In general, you are rarely more than an hour away from a major city by train. The Swiss railroad network is a model in Europe, with its extraordinary density of stations and a perfect punctuality.

Time. It’s true that the Swiss practice it to perfection. Already with their legendary punctuality – which can sometimes be irritating. And also by the mastery of its representation. In many cities, clocks have set the rhythm – and still do – for the daily life of the inhabitants. And many of them have, in fact, become the emblematic symbols of their city. In Bern, for example, the Zytglogge tower (a Bernese dialect derived from the German for ‘clock tower’) appears on all the city’s souvenirs. But also in Lucerne, Neuchâtel, Solothurn or Zurich, one cannot but admire these giant clocks that dominate the urban mass of houses. Masterpieces of precision and art with their sculptures 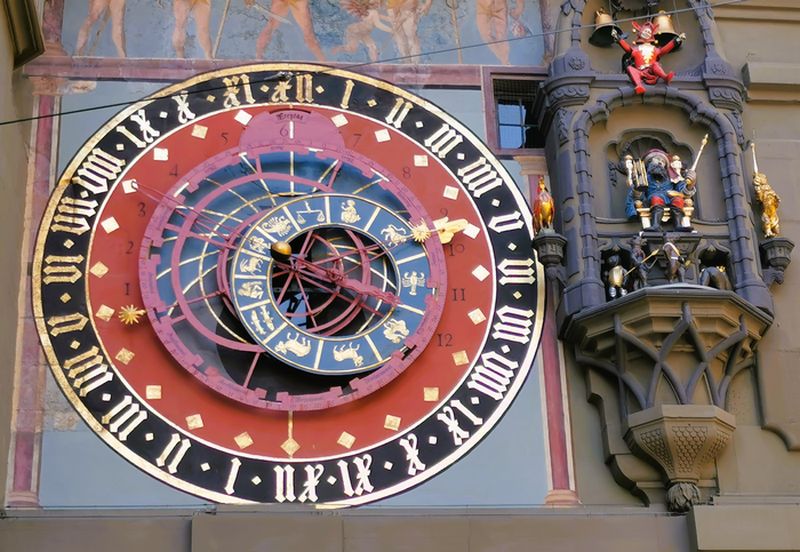 The astronomical clock of the Zytglogge in Bern dates from the 15th century (Photo: Luc Citrinot)

The notion of time, a reflection of the Swiss psyche

And then there is the watchmaking industry, again a world that is intimately associated with Switzerland. An industry whose origins date back, according to legends, to the 14th century and which was born in the high valleys and mountains of the Neuchâtel region. In order to keep the rhythm of the seasons, these farmers made timepieces, the ancestors of clocks. During the long winters, these mountain people did not remain idle and were busy repairing their farming tools, including the clock mechanism.

In the 17th century, the Huguenots who had been chased out of France settled in turn along the Jura arc, between Geneva and Schaffhausen, near the Rhine. The Neuchâtel region was to concentrate a large part of this watchmaking activity. At the end of the 18th century, nearly 140,000 watches were produced in Geneva and in the mountains of

Neuchâtel Jura. Finally, in the 19th century, two cities, Le Locle and La Chaux-de-Fonds, were built around a watchmaking urbanism. And the development of both cities met the needs of this industry and formed what is today recognized as the heart of the world watch industry.

The two cities turned entirely to this production with streets laid out to the line, interweaving housing and workshops, which correspond to the needs of watchmaking production. According to UNESCO, ” these sites constitute a remarkable example of towns ordered by a mono-industrial activity, well preserved and still in activity”. The planning was so effective that, in Capital, Karl Marx used the watchmaking industry of the Swiss Jura as an example and coined the term ” factory town 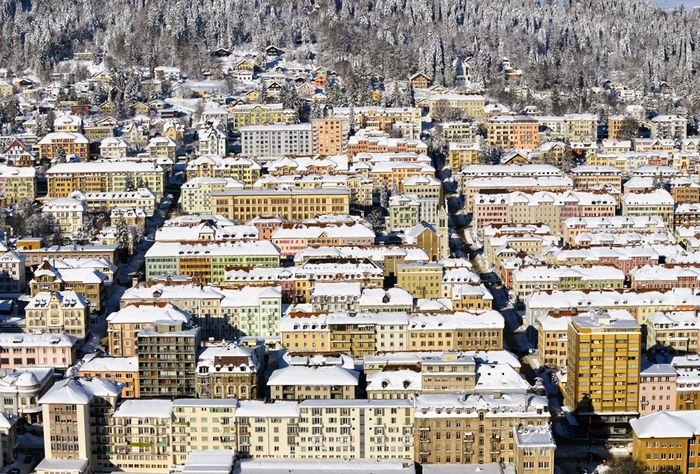 This tradition of excellence continues today and can be the theme of a journey through this world of time. Strolls that allow you to discover three cities, true architectural jewels. In Neuchâtel, the blondness of the stone magnifies the imposing 18th century French classical style houses, while in Fribourg, one of the most beautiful medieval cities in Switzerland, the light and luminous grey of the 200 Gothic patrician houses stands out.

The highlight of such a trip is in Bern, the capital of the Swiss Confederation. In its old town along the river Aare, you can stroll under the six kilometers of arcades between houses from the Renaissance and the Baroque period. Only the rustling of the water in the fountains and the bells of the clocks ticking away the hours disturb the quiet of the old town. Unless they praise the slowness of the passing time.

What Helps make Puerto Vallarta and Guadalajara Two of Mexico’s Most LGBTQ-Pleasant Destinations?

ANA: Paris-Tokyo flight a collateral victim of the war in Ukraine