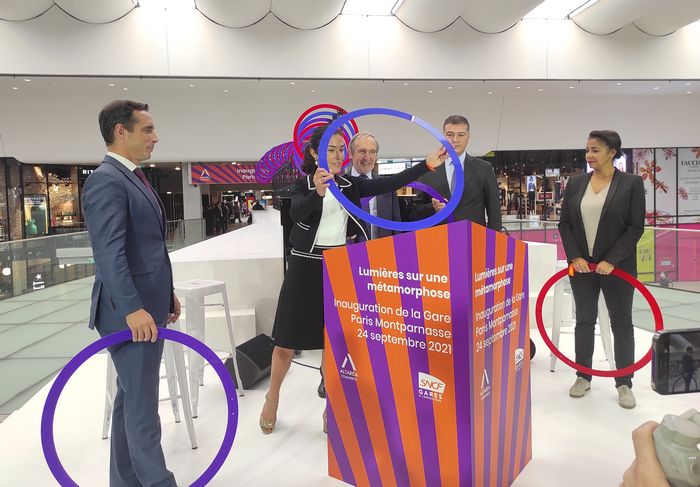 The inauguration of the new Montparnasse station was celebrated on Friday in the presence of the Minister of Transport and the heads of the French railway sector. The

inauguration of the Montparnasse station was perfectly timed and, like the work that was completed on schedule, started exactly at the time announced. Even the incursion of the CGT railway workers did not succeed in derailing a timed organisation, bringing together the major players in the French railway sector.

Unfortunately, the chance of the calendar gave an ironic tone to the event, a few days after the official declaration of failure at the Gare du Nord. When questioned several times on this subject, the Director General of SNCF Gares & Connexions tried in vain to keep the spotlight on the day’s celebration, simply conceding: ” We will be giving feedback on this subject [of the Gare du Nord]. On the strategic plan that is underway, this will obviously lead us to ask ourselves all the questions. Today I have no answer 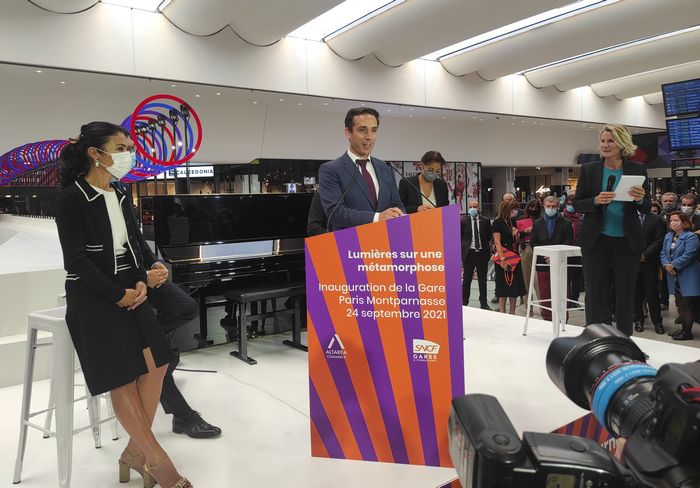 For his part, the Transport Minister opted for the second degree in the introduction to his speech: ” I can’t hide my pleasure at being able to inaugurate, to the cheers of the crowd [the sirens of the CGT railway workers], a Parisian station where the work went smoothly. Later in the morning, Jean-Baptiste Djebbari returned to the subject: ” The SNCF has used the term ‘industrial disaster’ to describe what happened at Gare du Nord. This is indeed unfortunate because we need to redevelop the Gare du Nord, including quickly to improve the management of flows. So we will have a project that will compensate for the redevelopment in the very short term. And in any case, we will have to relaunch a large-scale project to prepare the future of the Gare du Nord, its capacity aspects, its better integration into the environment… So let’s be satisfied today that we have an exemplary project

This is indeed what the event was all about: celebrating the star of the day, at the end of a makeover that took more than four years to complete. ” Dark, complicated, closed in on itself, sad, cold, grey “: the various speakers gathered on Friday did not fail to point out the faults of the old Montparnasse, thus highlighting – the central theme of the renovation – the progress made at the end of this renovation. Symbols of this new aesthetic are the glass footbridge and the glass roof that finally bathes the gateway to western France in light. ” In this station, you have succeeded

i two achievements: the first is to have brought in the light, to have brought in the colour: that of the sky and that of Vasarely’s frescoes, to which you have restored their splendour “, as the Minister of Transport greeted him in his speech. ” The second, and obviously related, is to have made it a welcoming place. For a long time, we didn’t care about the welcome because after all, the station was not a place to linger. You have taken the gamble, and I agree, that this is not inevitable.

We have seen the big picture with this station, because Paris Montparnasse is now designed to grow from 77 million to 90 million passengers per year

Hospitality is the other development theme that Altarea has taken into account in the redesign of Montparnasse station, as illustrated by the waiting areas, which now have 1,200 seats, compared with 450 previously. Or – for business customers – the arrival of coworking with Multiburo. ” We have created the most modern station in Europe,” says Alain Taravella, Chairman of Altarea. This is a key issue, as the station has taken on a new dimension in recent years, and plans to adopt a new scale, as Jean-Pierre Farandou, CEO of the SNCF, points out: ” Paris Montparnasse station needed a new face, as there has been a lot of new development on the western side in recent years. We’ve renovated the stations in Brest and Nantes, we’ve embellished the glass roof in Bordeaux , we’re in the process of modernising Toulouse Matabiau, and of course these station modernisations are in addition to the commissioning of the high-speed lines between Tours and Bordeaux for the South-West, and Le Mans and Rennes for Brittany. We’ve thought big with this station, because Paris Montparnasse is now designed to handle between 77 million and 90 million passengers a year”, adds the SNCF boss.

Yotel: Geneva and London among other openings planned in 2022

Fares up for London to Heathrow Airport