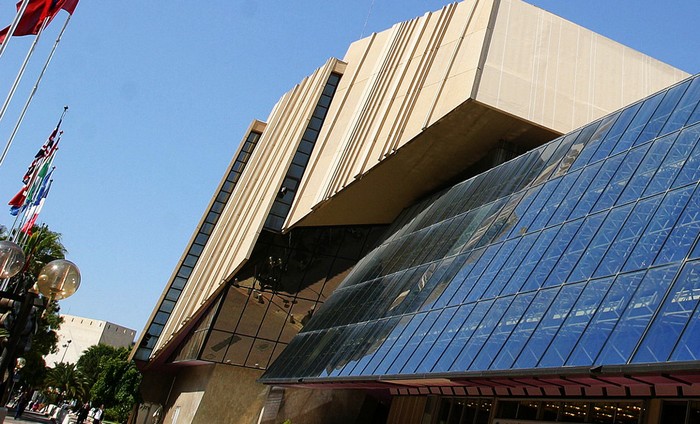 convention business will not escape the conquest of the West launched in Nice, as the dossier for the Exhibition and Convention Centre is finally taking shape, in place of the National Interest Market (MIN). ” It’s a project that has moved a lot, especially in the last year, notably in response to the major trends in business tourism and conventions,” said Denis Zanon, General Manager of the Nice Cote d’Azur Metropolitan Tourist Office, last September. Covid has come and gone, and the project has had to be readjusted in line with the new market trends of today and especially tomorrow. The project is not being scaled back, but there are technical and construction constraints… The project is very well located, but it is constrained by the existing road network, the nearby airport, the railway line, etc. For the moment, the opening date is set for 2025

On 6 October, Christian Estrosi further clarified the contours of the project and its ambition in a market that has been shaken by the crisis. Referring to a ” convention centre of the future “, the Mayor of Nice described ” a state-of-the-art facility, more ecological, more digital, fully connected “. Among the project’s guidelines, two axes stand out in the post-Covid context. Christian Estrosi talks about a ” hybrid and living ” palace, integrating different uses: “incubator, urban agriculture, auditorium, urban sports, temporary exhibitions, which are some of the activities that congress professionals are now integrating into the new facilities, in order to generate activity even in the absence of events. In addition, he claims that the project is ” competitive in terms of surface area, including in relation to existing facilities in the region, even if the crisis has led us to favour ‘technological m²’ rather than the race for large volumes

Nice’s MICE sector is therefore moving away – slightly – from the city centre, where it has been based until now at Acropolis. ” The Acropolis is set to disappear “, Denis Zanon confided last September, recalling in passing: ” At the time of its inauguration, it was the most beautiful and innovative convention centre in Europe. The building was extremely well designed, it is very functional but it is now at the end of its life “. For his part, Christian Estrosi plans: ” from 2023, as an immediate replacement and without any interruption of activity, the installation of a modern and functional temporary facility that will prefigure the future Exhibition and Convention Centre and take over from the Acropolis Centre. It will be installed next to the temporary theatre within Nikaïa, a building that already exists and has all the characteristics of the future Palais des Expositions.

After Los Angeles, French bee will launch in Miami this winter