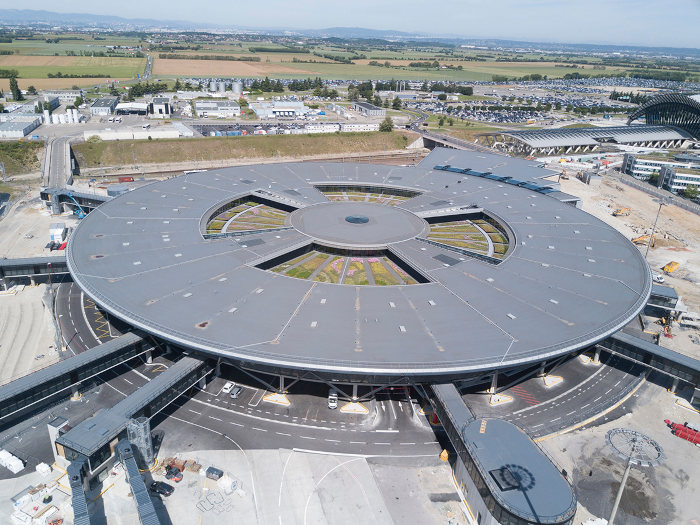 Lyon-Saint Exupéry will be the pilot airport for the collaboration between Airbus, Air Liquide and Vinci Airports for the deployment of the infrastructures required for hydrogen-powered aircraft. (c) Vinci Airports

In the race to decarbonize air transport, hydrogen seems to be ahead of the other solutions being considered, particularly electric aircraft. The implementation of the industrial conditions necessary for the deployment of these aircraft, expected by 2035, is accelerating. Airbus, Air Liquide and Vinci Airports have just given another example.

Hydrogen production, storage and supply: these major players in aviation, hydrogen and the airport industry will make the Lyon-Saint Exupéry hub their pilot airport for this new technology. As early as 2023, Lyon-Saint Exupéry will host the first installations with a hydrogen gas distribution station, designed to supply the ground vehicles using the airport.

In a second phase, between 2023 and 2030, Vinci’s main French hub will host new liquid hydrogen infrastructures to fill the tanks of future aircraft. Finally, beyond 2030, the facilities will move to the production and mass distribution stage. Also in 2030, the three partners will study the possibility of equipping Vinci Airports’ European airport network to prepare for these future aircraft.

Tomorrow’s infrastructures are being prepared today. And this example of Lyon airport is not the only one. In anticipation of this development, Airbus, ADP and Air France-KLM

joined forces at the beginning of the year with the Ile-de-France region and its international promotion agency Choose Paris Region to launch a worldwide call for expressions of interest in order to develop the hydrogen sector in airports.

The 11 winners of this competition, called “H2 Hub Airport”, were announced in May. The success of this call for expressions of interest shows the growing interest in hydrogen technologies,” commented Augustin de Romanet, CEO of the ADP Group, on the occasion. We are laying the foundations for an ecosystem that will make it possible to gradually integrate this clean and sustainable energy carrier into Paris airports, to eventually transform them into true hydrogen hubs.

Among the prizewinners are players specializing in the production, storage and distribution of hydrogen, such as the French companies Air Liquide Advanced Technologies, Ecodrome and Geostock, as well as the Californian start-up Universal

Hydrogen. Founded by former Airbus technology director Paul Eremenko, this young company announced on 20 September that it will soon be setting up in the Toulouse-Blagnac airport area.

During 2022, its development center in Toulouse, the second in the world after the one in Los Angeles, will begin to develop conversion kits that will enable regional aircraft to be retrofitted with hydrogen fuel cell engines, a solution that does not require heavy production infrastructures. The ambition of the Californian start-up is to supply propeller planes, such as Airbus’ ATRs, with hydrogen, as early as 2025. Several companies – Icelandair, Ravn Alaska and Air Nostrum – have already signed letters of intent with Universal Hydrogen to convert part of their current and future fleets to hydrogen.

While the airlines are actively preparing, the horizon is even closer in the rail world. In early September, Alstom’s Coradia iLint train, the first in the world to be powered by hydrogen, ran for the first time in France, on the tracks of the Centre d’Essais Ferroviaires in Valenciennes. The twelve trainsets ordered by four French regions – Auvergne-Rhône-Alpes, Bourgogne-Franche Comté, Grand Est and Occitanie – should enter service around 2025. The train, which Alstom began considering as early as 2013, has also been successfully trialled in Austria, the Netherlands, Sweden and, most importantly, Germany, where it is scheduled to be launched in 2022 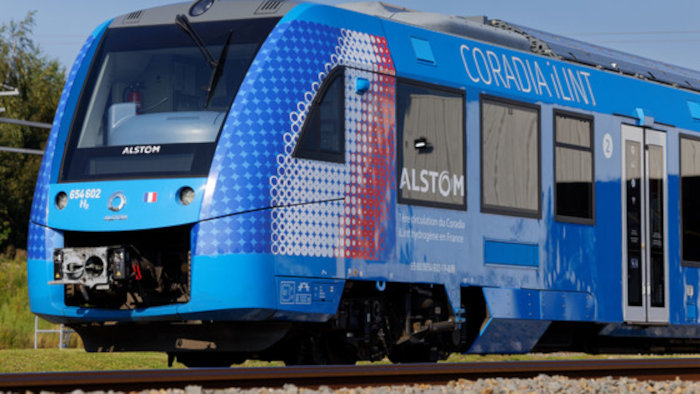 Air Corsica, a relatively good year in 2021 with traffic on the rise