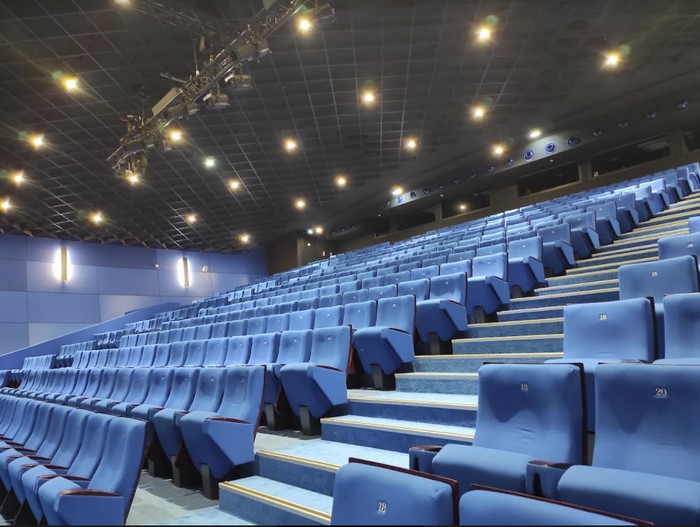 On the Côte d’Azur, as elsewhere, the hybrid MICE concept has made a strong entrance in recent months. But in a destination that has been spoiled by nature, the question of the screen event can be posed differently… ” There is no point in coming to Antibes to hold a digital event: you might as well stay in Paris,” says Jean-Pierre Derail, Director of the Antibes Juans-les-Pins Convention Center. ” When Covid arrived, everyone went digital and we declared the end of the event industry. We save time, energy, it’s less polluting… Now, people are saturated with it. The average time of concentration in front of a screen does not exceed 2 hours. So for a three-day conference…”. However, the Director of the Antibes Juans-les-Pins Convention Centre agrees: he may have listened to the sirens of hybrid technology before turning away. ” If someone had asked me a few months ago, I could have said: ” the future is hybridization“. Digital technology allows us to widen the audience, to bring in distant speakers at a lower cost. But in the end, when we talk to clients, they only consider the digital format under duress, if they have no choice. People want to meet. Beyond the anthropological aspect, this observation also responds to a more pragmatic logic, that of the economic model of the event industry. ” You have to remember that a congress lives on its exhibition part, which finances the event. In the digital format, there are few or no exhibitors, so it’s like shooting yourself in the foot. In medical congresses, you have to be able to show products and new machines, which is practically impossible in digital format

These reservations about the digital event are shared by other MICE players on the Côte d’Azur. In Mandelieu-la-Napoule, where people wanted to believe in the affirmation of a hybrid demand, the breath was quickly taken away. The streaming studio that was installed in the Centre Expo Congrès did not last long: it was transformed back into a meeting room. ” The digital tool, we all apprehended it, we improved it, it was an opportunity… but we all have enough of it “, summarizes Odile Delannoy, Director of the Centre Expo Congrès of Mandelieu-la Napoule, and also President of the Coésio network. ” We have had totally digital events, then hybrid events, but the economic model is difficult to use, and people need human relations. We will continue to use digital to extend the audience of our conferences and trade shows. That’s why we have created a Social Network Room. But all digital: no. We have tried, we have adapted, but we are not going to do it.

but in the end we need to meet. There is a saturation with regard to the digital tool. A room reacts, not a screen,” says Odile Delannoy.

See also  Hilton continues its expansion in Germany in Heidelberg

Pierre-Louis Roucariés made the same observation. The President of Provence Côte d’Azur Events (PCE) and of Unimev explains: ” I believe that physical communities will want to meet again in formats that existed before. Digital will even create an even bigger community throughout the year, which will work much better together, and this will generate the desire to meet physically. Technological operators have made a lot of progress in virtual meetings, and this will continue. Virtual events will take place, which may in some cases replace the physical event. But there is an intrinsic element to the event, which is chance. Technology does not leave room for chance. At a trade show, there is always a meeting that was not planned, via a third party, or at random in an aisle, which will allow you to discover a new stand, a new technology. It wouldn’t have happened on a totally calibrated program, as it does on a virtual event, because it saves time.

I thought it was not our role to do hybrid events, because our role at Semec is to put heads on pillows, and people at the table in restaurants, not to do digital

In Cannes, the debate also took place. ” A year ago, I wasn’t convinced: I thought it wasn’t our role to do hybrid events, because our role at Semec (Société d’économie mixte pour les événements cannois) is to put heads on pillows and people at restaurant tables, not to do digital. But it is unavoidable. This digital push is real and is going to get stronger “, says Didier Baudoin, General Manager of the Palais des Festivals. Cannes is therefore officially banking on this trend, to the point of having joined the international network Hybrid City Alliance. The inauguration of the Studio Hi 5 is part of this initiative, anticipating the evolution of the demand : ” We asked ourselves many questions, and notably : will there be as many people as before ? Obviously, we came to the conclusion that no “, estimates Jean-Michel Arnaud, President of the Palais des Festivals and Congresses of Cannes. “ There will be new gauges, with 20 to 25% of people who, for one, two or three years, will perhaps no longer frequent congresses and events in the same way. We have therefore carried out a whole reflection on the reception, logistics and operations of the Palais. We thought about what could allow us to absorb fewer people, but to reach more, in other words to create an audience, to widen the audience. Digital is not intended to replace the presence of customers at trade shows. On the contrary, it is about increasing the audience. It’s a great way to attract future participants and broaden the target audience,” adds Jean-Michel Arnaud.

See also  What to visit in Seine-et-Marne?

Incentive, seminars : your next event in Malta