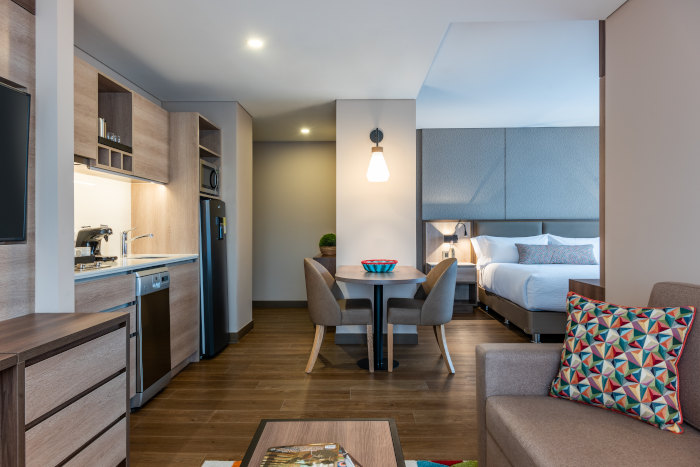 Is it its resilience compared to the traditional hotel industry, recently highlighted by the pandemic? Is it also its way of responding to new customer expectations? Or is it the strength of its product, which is as much for business travelers as for families and groups of friends? It’s probably a bit of all of the above, which explains why the residential lodging model is becoming more and more coveted today. In recent months, several major hotel groups have made no secret of their desire to diversify their offer by increasing the proportion of long stays, either with 100% long-stay establishments or with a mix of classic and residential rooms in their hotels.

This competition from the heavyweights of the global hotel industry could worry the pure players in the segment. However, the leaders in long-stay accommodation are not panicking, on the contrary. When asked if they are worried about it, the answer is identical to the one given a few years ago in the face of Airbnb’s meteoric rise: ” It’s a good thing, it highlights our product,” says Ngor Houai Lee. When a sector works, it creates movement. The fact that hotel behemoths are getting involved means that investors have an appetite for our field.

“The news has shown this with two mega deals in the United States: the buyout of Extended Stay America by Blackstone and Starwood Capital in 2021 for $6 billion, followed by the takeover last January, again by the same investors and for $1.5 billion, of a portfolio of 111 WoodSpring Suites franchised residences.

However, if the United States has long since discovered the extended-stay segment, there is still enormous room for growth elsewhere in the world, with a limited risk of encroaching on its neighbors’ turf. ” Extended stay represents only 3% of hotel inventory in Europe, while in the U.S. its share is much higher, around 8%. This shows the growth potential for this segment of the hotel industry,” says Xavier Desaulles, the new CEO of Adagio Aparthotels. All the brands that can help popularize this segment are going our way.

It is clear that there will be no shortage of evangelists of the model to spread the word. The Radisson Group, for example, has unveiled its ambition to double its long-stay offer in Europe, Africa and the Middle East by 2025 with the idea of opening new apartment units in Dubai, Istanbul, Riyadh, Paris and Amsterdam. For its part, in late 2020, Accor launched the <a href=”https://www.voyages-d-affaires.com/longs-sejours-accor-site-20201204.html” target=”_blank” rel=”no

, dedicated to booking its extended stay solutions, and the development of a Living version for some of its brands, with Novotel Living expected this year in Singapore and Bangkok and a Pullman Living scheduled to open in July 2023 in Accra, Ghana. And that’s not counting the growth momentum of 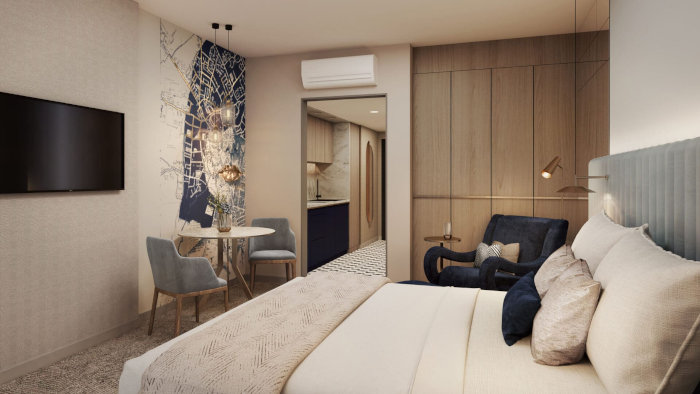 At the same time, another player has newly positioned itself in this segment, Louvre Hotels, with the launch last year

of its Tulip Residences brand. With its first property opening in Joinville-le-Pont in 2021, it expects another this year in Warsaw, the Royal Tulip Warsaw Apartments, with a more upscale positioning and housed within the Unique Tower real estate complex. To all these competitors we could add the international expansion of the Hyatt House brand, which recently appeared in Johannesburg and London, Home2Suites by Hilton, which has made China its priority, and Staybridge Suites at IHG.

Launched in 1997, the long-stay brand, which has almost doubled in size over the last decade, is gradually moving out of its Anglo-American area of influence, with good prospects for development in the major business cities. In less than a year, from the end of 2020 to the end of 2021, Staybridge Suites has added three addresses in Dubai, in very business-oriented locations – Al-Maktoum Airport, the Financial Center and Dubai Internet City. The brand will soon expand its footprint in Southern Europe

debuts planned in Porto and Malaga, as well as Cannes 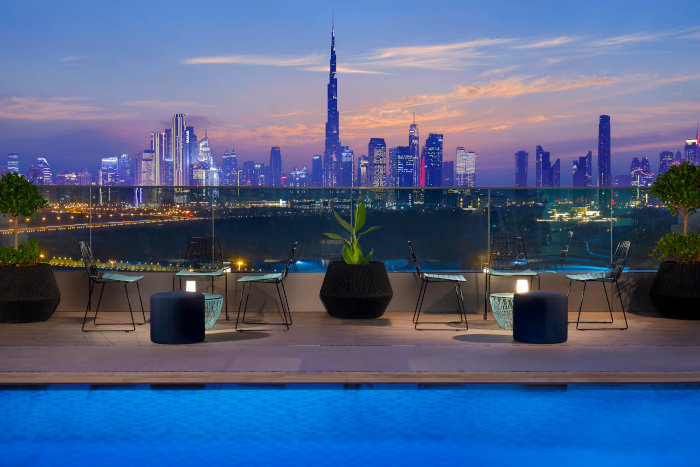 View of the Residence Inn Al Jaddaf in Dubai.

However, if there is one player in the classic hotel industry who is not new to the segment, it is Marriott. The American group now has more than 1,400 establishments under its various extended-stay brands, in particular Residence Inn, a pioneer of the extended-stay model, which it acquired in 1987. While Residence Inn first developed extensively on the other side of the Atlantic, with more than 600 establishments in the region, the American group has since then taken on the responsibility of developing and marketing its brands.

s a few years to spread it around the world. Brussels, near the international airport, but also Bogota, Dubai and Panama: several cities discovered the brand last year and others should soon join them, including The Hague in 2022 and Copenhagen in 2023.

From its merger with Starwood in the middle of the last decade, Marriott has also inherited the Element brand, with its design and sustainable bias. A brand focused on innovation since it was one of the first, for example, to go, from 2019, towards coliving with its Studio Commons. That is to say, apartments with several rooms grouped around a living room and a common kitchen. This is similar to what Ascott’s lyf brand is already offering and what Adagio will soon be setting up ,

with a pilot apartment being prepared at the Paris Bercy residence, an idea that will be extended to the Brussels Grand Place residence this summer. When great minds meet… 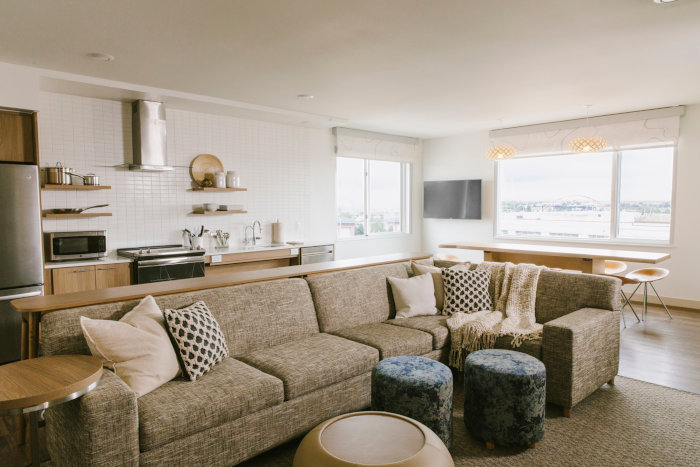