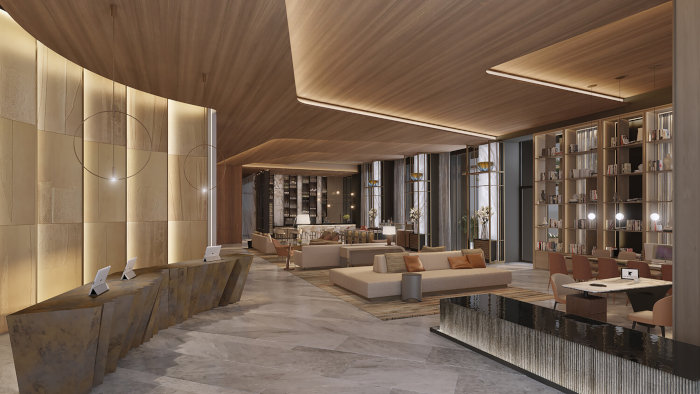 The JW Marriott Guadalajara, recently opened by the leading group in the world ranking.

While Marriott dominates the rankings with a total of 1,456,478 rooms worldwide, the Chinese group Jin Jiang is closing the gap between them year after year. With 1,203,170 rooms worldwide, but a net gain of more than 100,000 rooms over the year 2021 (+9.9%), the Chinese hotelier continues to expand its footprint in Asia, with its Jinjiang, Kun Lun and Metropolo brands. But the group that owns Louvre Hotels and the parent company of Radisson Hotel Group

is also a major player beyond the Far East and is benefiting from the momentum of its Western subsidiaries.

The ranking published by MKG also highlights the continuous growth dynamics of Chinese hoteliers. Like Jin Jiang, the Huazhu Group can play on several fronts to expand its network. In addition to its Hanting, Ji, Cristal Orange or Blossom House brands in China, the group also owns Deutsche Hospitality since 2019 and is benefiting from the expansion of the Steigenberger and InterCity

Further down the rankings, while Greentree Hospitality is knocking on the doors of the top 10, BTH Hotels for its part has broken into the global top 10, buoyed by its Jianguo and Home Inns brands among others. To do so, BTH took the tenth place fromIndia’s Oyo

See also  Some growth for Paris airports in 2021

, which had made a dazzling breakthrough in the hotel industry a few years ago before it lost two thirds of its hotels in China and reduced its international ambitions.

oie of stabilization, MKG pointing out that “SoftBank, the company’s main investor, received the support in the summer of 2021 from the firm Microsoft, enough to breathe new life into the company founded by Ritesh Agarwal, which launched in 2021 a vast restructuring program. ” A program that has materialized in a stopped hemorrhage in India (-0.8%) and the resumption of development in Asia, especially in Indonesia and Japan.

Beyond the Chinese dynamic, a globally stable ranking

Apart from these Asian hoteliers who should continue to move the lines in the coming years, the ranking has remained stable overall. Hilton Worldwide, still the world’s third largest hotelier, continues to grow at a steady pace (+5.5%), while Britain’s IHG has maintained its fourth place despite a stagnation of its fleet in 2021 (-0.6%). This stability is due to a mix of arrivals and departures, with many new hotels (+5% gross growth) and the departure of Holiday Inn and Crowne Plaza hotels in North America that are not part of the contemporary evolution of these brands.

Wyndham Hotels & Resorts, the world’s fifth largest hotel group, has returned to growth (+1.8%) after a decline last year (-4.2%). French leader Accor is still in sixth place (+3.2% in 2021), with growth driven as much by its historic brands as by the recent emphasis on lifestyle hotels with the completion of its joint venture with Ennismore.

Among the other global hotel tenors, U.S. franchisor Choice Hotels remains in eighth place despite a 3% decline in its offering. The recently announced refresh of its Comfort, Clarion and Quality brands should give it a boost in the future. While Best Western, the world’s twelfth-largest hotelier, held steady in 2021, another U.S. group, Hyatt Hotels, stood out in 2021. With the organic growth of its brands, but above all thanks to the acquisition of the Apple Leisure group, with 99 all-inclusive resorts under the AMR Collection banner, Hyatt is posting a +19.5% increase in its portfolio. This is the strongest growth recorded in the past year.