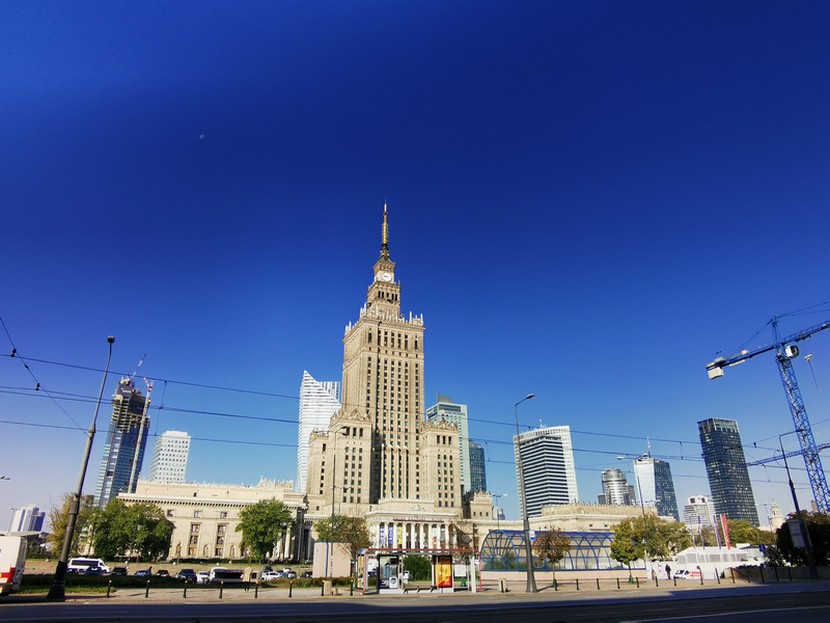 Warsaw expects to open around 20 hotels by 2023 according to Horwath HTL (Photo: Luc Citrinot)

Poland remains the darling of investors in general and hotel chains in particular. The country aligns one of the best economic performances in the European Union. In 2019, GDP had grown by 4.7% compared to 1.6% in the rest of the Union. Last year, GDP did fall under the effect of the pandemic. But the decline was “only” 2.7% compared to 6.1% for the EU-27. OECD economic experts estimate that the country’s growth will be 3.7% in 2021, while the European Union is counting on +4.9%.

Economic growth is stimulated by the consumption of a young and well-educated population and by the dynamism of large cities – Warsaw, Lodz, Krakow, Wroclaw, Poznan and Gdansk. The government and the European Union are supporting a massive investment programme to modernise infrastructure. 1,500 km of new expressways are under construction and 2,000 km are being planned. New airports are being built and the rail network is being modernized, including high-speed lines.

This economic dynamism has stimulated travel consumption over the past decade, both domestically and internationally.

As a result, Poland remains an attractive destination for real estate investors, according to a report by consulting firm Horwath HTL. It is reflected in the growth of hotel supply in the country. Horwath HTL’s report states that the number of hotels increased by almost 7%, that of the total number of rooms by more than 12% between 2016 and 2019.

Covid not expected to break growth prospects over time

Covid did break this momentum somewhat last year. The number of overnight stays in Polish hotels was halved in 2020, from 44.8 million to 23 million. For the first time, the hotel supply actually decreased. According to data from Poland’s Central Statistical Office, there were 137 fewer hotels in 2020 than in the previous year, a drop of almost 5,400 rooms.

The year 2021 is still a mixed bag. The Polish hotel industry was only able to reopen in May with a capacity gauge of 50% and then 75%. According to STR, the occupancy rate in the first few months of 2021 was less than 20%

However, it seems that this is just a blip and the hotel industry is expecting excellent growth prospects again in 2022

The proof is in the pudding: Horwath HTL notes that chain hotels continued to grow last year, despite the decline in total properties. International chain hotels, for example, rose from 198 units in 2018 to 200 in 2019 and finally reached 225 last year.

For Horwath HTL, the Polish market has indeed become a coveted destination for international hotel groups over the past decade. The top five chains

The medieval skyline of Gdansk makes it one of the most attractive cities in Poland (Photo: Luc Citrinot)

The surge of international chains

According to Horwath HTL, Poland’s major cities, especially Warsaw, are seeing an influx of new properties.

Based on current forecasts, by 2023, more than 26 new hotels are expected to open in Warsaw

, creating an additional 5,473 hotel rooms on offer. This would represent a 33% increase over the current room supply.

Another destination coveted by chains is the “Tri-City” area consisting of Gdansk, Gdynia and Sopot along the Baltic Sea. Over the next three years, 16 new hotels are expected to open, creating a new offer of more than 2,336 hotel rooms, a 32% jump on the current number of hotel units.

Finally, international chains are also interested in setting up in leisure destinations. In 2020, a Radisson Blu was opened in Szklarska Poręba and another Radisson was announced for Ostróda (Masurie district). In addition, two Mövenpick hotels are planned. The first in 2022 in the mountainous region of Zakopane. The second in 2023 in Kołobrzeg, on the southern coast of the Baltic Sea.

The Okko Hotel Nanterre will be the 13th hotel

A dream job for travel buddies