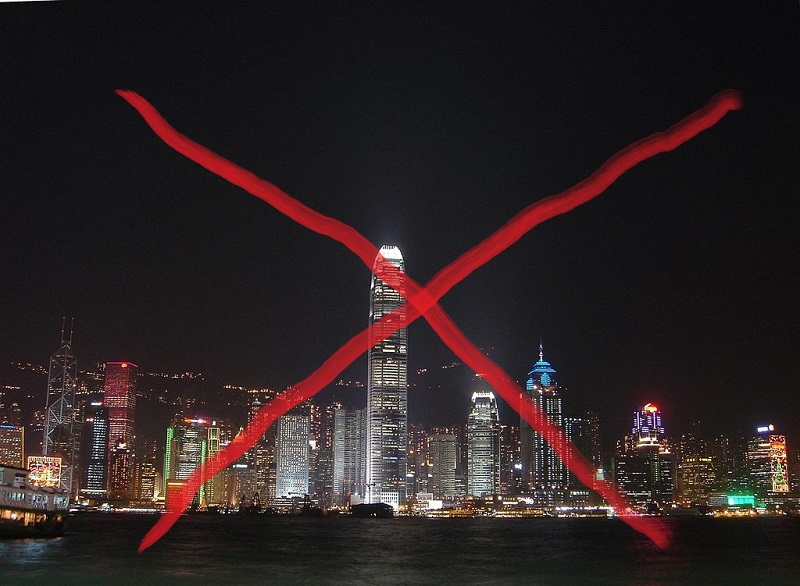 Hong Kong out of reach for travelers for a long time? (Photo: Jorge Lascar/Wikimedia Commons)

For all the foreign businessmen, chambers of commerce and international companies who had hoped for a reopening of Hong Kong, the news is another cold shower. But in the end, it does not come as a surprise.

Since Hong Kong was brought to heel by the People’s Republic of China and its political autonomy virtually disappeared, Beijing has continued to isolate the metropolis from southern China. Or at least to disconnect it from its links with the rest of the world.

The Covid pandemic provides a formidable justification for China to restrict movement to and from the former British colony. Even though Hong Kong has been able to keep the pandemic under control within its borders. As of October 30, Hong Kong had 12,343 cases of Covid-19 infection and 213 deaths. These are remarkable figures for a territory of 7 million inhabitants. The number of cases is 11 times lower than in Singapore (187,851 contaminations on the same date and 364 deaths).

The comparison with Singapore

is all the more interesting as the two cities have a similar position in Asia. Two independent financial centres for two metropolises living independently. On the other hand, the management of the epidemic has led to diametrically opposed policies of reopening to the outside world.

While Singapore has finally recognized since September that its economy and prosperity remain dependent on its links with the outside world, the opposite is true in Hong Kong. While Singapore is gradually loosening its grip by allowing international visitors to enter its territory, Hong Kong is doing exactly the opposite.

The city is pursuing a “zero Covid cases” policy and has decided to further tighten the isolation measures for foreign travellers. Measures already considered among the strictest in the world. Any foreigner or non-Hong Kong resident must isolate themselves for 21 days in quarantine in establishments designated by the government. These facilities are more like prisons with an absolute ban on leaving than a holiday resort.

Until now, Hong Kong has offered a few privileged people -diplomats, VIPs, business leaders- the possibility of a reduced quarantine or quarantine at home. But this will soon be over, according to the Chief Executive, Carrie Lam.

The latter has just indicated that the priority of her government was to reopen its borders above all with China. And this, despite the warnings of the financial and economic community of the city which speaks of an economic suicide. As a result, there has been an exodus of companies and expatriates since the beginning of the year.

is several months. Who are moving to Singapore or even Tokyo.

The policy of opening Hong Kong seems to be decided in Beijing. Its priority is to put the metropolis under total control. Even if it means stripping it of its economic quintessence – its openness to the world.

China, which, moreover, hardly seems to have the slightest inclination to reopen to the rest of the world. We saw this in the recent decision not to allow foreigners to attend the 2022 Winter Olympics in Beijing.

In a recent article, the Financial Times quoted a Chinese source as saying that the Chinese government was not considering reopening its borders to foreign travellers until November 2022, the date of a major Communist Party congress…

The Radisson Hotel Group displays its ambitions in Europe and Asia

Fam: Egypt with Tours for the World

Leading hotel companies to return to the black in 2021