Hilton: the American ambitions of its lifestyle brands 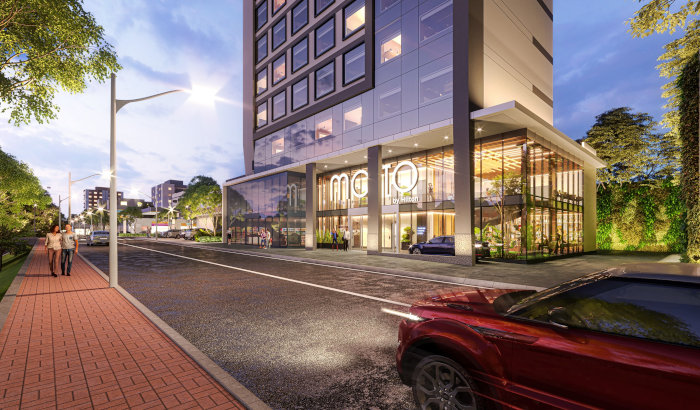 Hilton is no exception in the hotel world. Like Accor and Hyatt, the American group has made lifestyle hotels one of its main areas of development. The hotelier can count on three brands, all labeled “by Hilton”: Canopy at the top end of the market, Tempo in the mid-range, and Motto, a new budget concept that uses hybrid accommodations, including king beds, bunk beds and connecting rooms.

While Hilton has just announced 10 new signings for these three brands, the U.S. group expects to see the pipeline for this trio of brands double over the next decade, with expansion involving at least 15 new countries and territories. “The continued growth of Hilton’s Lifestyle category is a testament to the strength of these brands and how they continue to resonate with guests and owners,” said Matthew Schuyler, Hilton’s group managing director of brands.

While Europe is a prime playground for the growth of these brands, as evidenced by the expected opening of a Canopy by Hilton in Cannes in the spring of 2023 or the upcoming opening of a Motto in Rotterdam, the lifestyle brands are working to expand their presence in the Americas. Canopy, which has 35 properties worldwide and 28 more in development, will open in 2024 in Nashville, in a revitalized downtown district, and in the heart of Sioux Falls, with a business hotel with 12 meeting rooms.

Tempo by Hilton, originally developed in the United States, is continuing to roll out its contemporary hotel vision in the country’s major cities, such as New York, Boston and Seattle, as well as in secondary destinations such as Irving, Texas, and Nashville, where two Tempo by Hilton hotels are expected in 2024. Other developments are on the agenda for 2024 with a hotel in downtown Memphis, a few steps from the FedEx Forum, but also in Myrtle and in the heart of San Diego, the latter two in complexes that also include a long-stay brand, Home2 Suites for the former and Homewood Suites for the latter.

Finally, after the appearance at the end of last year of a Motto in the heart of New York, in the Chelsea district, the brand will head south of the continent to make its entry into Brazil. A double entry, in fact, since in the fall of 2024, this innovative concept will appear together in Recife, in the historic center, and in the heart of Sao Paulo, near the Museum of Contemporary Art and topped by a rooftop restaurant overlooking the Ibirapuera Park.

IHG: New airport hotels at Holiday Inn and Even