VIA Rail’s future trains in Canada for the HFR network (Photo: VIA Rail)

High-speed train projects exist on the American continent. Except that they look like “wiggles”. Why is this? First and foremost, the lack of will on the part of the States, influenced by a civilization of the automobile. This is the case, for example, in Canada (and so far in the United States). Then there is an “absence” of financial resources in Argentina, Brazil and Mexico.

If we look at the projects that have been cancelled or delayed, we find Argentina with a line planned between Buenos Aires and Cordoba, i.e. 710 km. A project that has now been buried. In Brazil, the project for a high-speed rail line between Rio-Sao Paulo and Campinas has been postponed three times. There is talk of a possible opening in 2025 for this 518 km link. But this seems to remain a dream. Because the work has still not started. 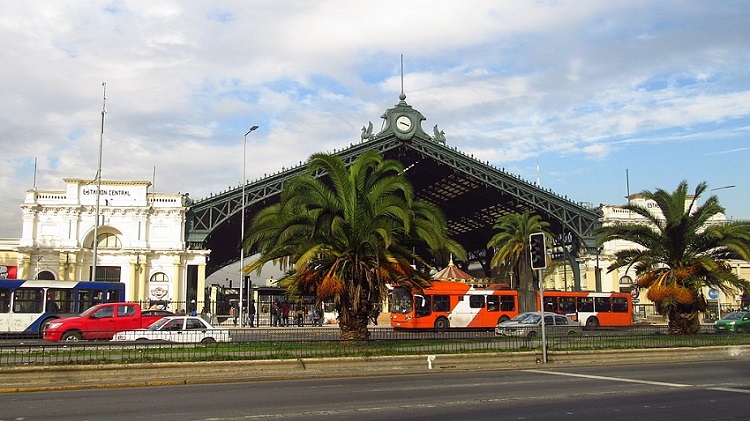 In Chile, a high-speed line is planned between Santiago and Valparaiso (127 km). It is part of a $5 billion investment program to modernize the country’s rail infrastructure. If it is carried out successfully and quickly, this line could open in 2027. China is involved in a consortium with Chile. This should result in the rapid launch of work.

In Mexico, it is also a consortium including China that should build the country’s first high-speed line. Valued at $2.5 billion, it will link Mexico City to Santiago de Queretaro, 215 km to the northeast. No communication on the opening date of this line, which was originally scheduled to open in 2017.

Finally, Panama is planning, again in cooperation with China, a high-speed train project. It would link Panama City to the Costa Rican border. A journey of 391 km which would be served in a little less than three hours at a speed of 160 km/h. A project thus close to a high speed line.

The study was presented to the government of Panama in March 2019, which since then hesitates in the face of an estimated cost of 4.1 billion dollars and a debt to a Chinese partner difficult to control.

The history of Canadian rail transport is instructive. There is a Canadian railway company, VIA Rail, which was nationalized in 1977. Covering the whole country, it has nevertheless seen its role as a railroad company grow.

The government of Brian Mulroney dismantled the network in the 1990s. At the time, it was to cut public deficits.

In fact, the country’s rail coverage has become scarce, with most of the lines in the west of the country being abandoned. The only major line in the east connects Quebec City to Windsor, including Montreal, Ottawa and Toronto. From Montreal to Toronto, it currently takes five hours to travel the 538 km between the two cities. That’s just over 100 km/h! In Montreal-Quebec City, a distance of 272 km, the trip takes 3 hours and 15 minutes. That’s an average of 90 km/h

The interior of the Business Class of future VIA Rail trains (Photo: VIA Rail)

It seems that an improvement is finally in sight. In July, the Minister of Transport announced that the government was embarking on a process to fund a High Frequency Rail (HFR) project. The agreement endorses a proposal by VIA Rail to dedicate rail lines to the sole purpose of transporting passengers in the Quebec-Toronto corridor. The government now plans to quickly finalize the development model. And to launch the selection process for a private partner in the fall.

The future trains would run at 160 km/h, reducing the Montréal-Toronto trip to 3.5 hours/3.45 hours. The Montreal-Quebec City line would be served in just over two hours. The project calls for an increase in the number of trains, with an average of 15 per day in each direction, and greater punctuality. This future high-frequency train would be the largest transportation infrastructure project Canada has seen in decades. The new high-frequency rail network will be almost entirely electrified in an environmentally friendly manner.

A private project is also taking shape in the far western province of Alberta. Announced in 2008, a line would eventually link the cities of Calgary and Edmonton. No date has been set, as the project has not yet been approved by the provincial government.

Leading Loved ones Resorts in Puerto Vallarta and Riviera Nayarit

Mauritius: a new LUX hotel to mark the recovery of tourism