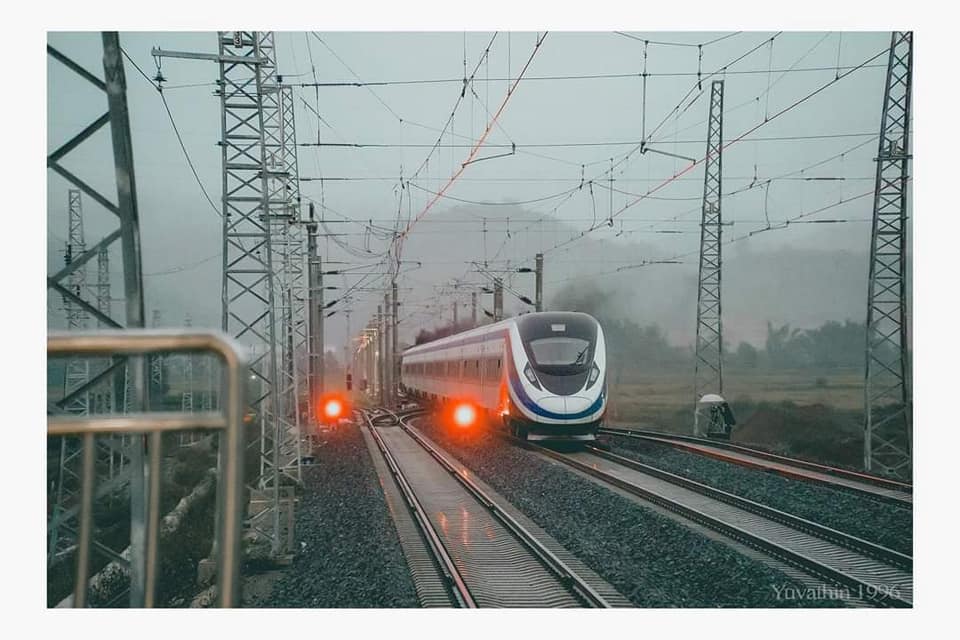 The first high-speed train in Laos is coming (Photo: DR)

High-speed trains have become a mark of a country’s modernity. France, Germany, Spain, Italy, Sweden and in Asia, Japan, Korea, China and Taiwan prove it. India should soon join this club.

For the time being, Southeast Asia is lagging behind despite the multiplication of projects and the symbolic high-speed line linking Kuala Lumpur to its airport. Yet this part of the world is not lacking in ambitions.

The pan-Asian railway line planned between Kunming in China and Singapore was the great monumental project of the beginning of the 21st century. In fact, it consists of three projects with different routes. The first, unveiled in 2000 and 5,500 km long, is to link Kuming to Singapore by rail via Hanoi, Ho Chi Minh City, Phnom Penh, Bangkok and then Kuala Lumpur. It is now renamed the “Eastern Line”. In 2004, the “Western Line” was revealed, which would link the same two cities but this time via Burma, Bangkok and Malaysia. Finally, in 2007, the ASEAN countries (Association of Southeast Asian Nations) approved a third option “Central Line”. This time it links Kunming to Singapore via Cambodia, Bangkok and Malaysia.

Apart from this project, Indonesia wants to build two relatively high-speed lines (140 to 160 km/h) linking Jakarta to Bandung and Surabaya. In the Philippines, there are also plans to connect Manila to the northern island of Luzon. In Vietnam, the authorities are finalising a decade-old project for a high-speed train from Hanoi to Ho Chi Minh City.

The Kuala Lumpur-Singapore line is on the back burner

Except that in the meantime, there is little chance that any of these lines will see the light of day in the near future. Between changes in government, budget revisions, collusion between political and economic circles, and distrust of China, which finances many of these projects, high-speed rail in Southeast Asia is in the doldrums.

In 2021, Malaysia officially abandoned the high-speed train project from Kuala Lumpur to Singapore, which would have linked the two cities in one and a half hours instead of five to six hours with a conventional train. The argument was that such a project was too expensive.

In neighbouring Indonesia, the government is facing soaring costs for the Jakarta-Bandung high-speed line built with Chinese capital. Work is already three years behind schedule while the cost of the line has risen from $5.5 billion to $8 billion between 2015 and this year.

Experts estimate that 80% of the line is now complete but the Indonesian government is now forced to pay off a debt that is only swelling to the benefit of its Chinese partner. When the line opens in early 2023, it will put Bandung within 45 minutes of Jakarta.

Delays all along the line for Indonesia and Thailand

he Jakarta-Surabaya line via Semarang is also being upgraded, this time with financial and technological assistance from Japan. Work has begun on the line with the possibility of running trains at an average speed of 145km/h instead of the current 90km/h. The line should enter into service in 2024 and would allow the two metropolises to be linked in less than six hours 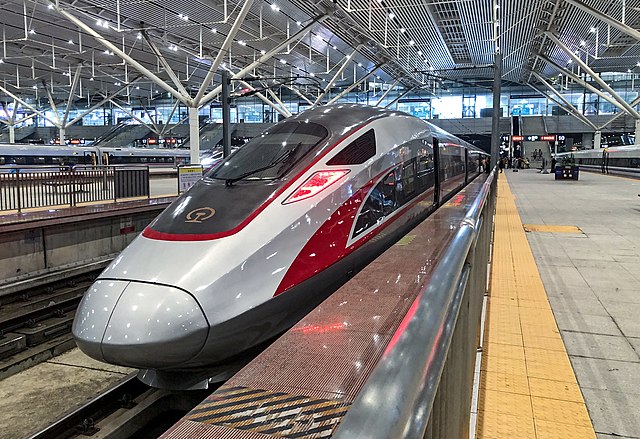 This Chinese high-speed train is the one chosen for the Jakarta-Bandung line (Photo: Jakarta Post)

Thailand has also embarked on an ambitious plan for high-speed rail lines linking Bangkok to the northeast of the country and to the country’s central regions. Five lines were approved in 2010 by the government and parliament. Except that in the meantime, the government has changed and has questioned the allocation of the line concessions. They have been confirmed but the delays are now piling up.

Two lines are taking shape. The first one must connect the airport of Don Mueang in the north of Bangkok, the center of the capital, the airport of Suvarnabhumi, Pattaya and finally, the airport of U-Tapao (designated from now on as the third airport of Bangkok) in the south of the seaside resort. The trains would run at 250 km/h allowing to connect the two Bangkok airports in less than 30 minutes and Pattaya/U Tapao in 40 minutes. The project has been approved and work is due to start for a planned opening in 2026/2027.

The other project, the most advanced is the line connecting Bangkok to Nakhon Ratchasima with extension towards the border with Laos. A long line of 840 km financed by China. Except that for the moment only the first part of the line is under construction. It will connect Nakhon Ratchasima – Thailand’s second largest city with 300,000 inhabitants – to Bangkok in just over an hour. The line was initially planned to start in 2022 then 2023. The

second part of the line should go to Nong Khai and Laos. The construction of this part of the line has not yet begun. No precise date is now advanced but it is estimated that the project could be completed around 2030! However, it should also connect Thailand to China via the new high-speed line crossing Laos.

Laos, the only country in Southeast Asia with a high-speed train

It is indeed for the moment the only high-speed train project on an international line that will become a reality in Southeast Asia. Built and financed by China, it crosses Laos over 427 km, including 198 km of tunnels. Begun in 2016, the line is the first real rail link in the country, apart from a small 5 km section connecting a suburb of Vientiane, the capital, to the Thai border. The train will connect Vientiane to the Chinese border via the historic city of Luang Prabang. The latter will now be just over two hours away from the Laotian capital by train. The official opening is for the end of the year.

Finally, there has been talk for many years

In the future, a high-speed train will link Hanoi to the former Saigon, over a distance of 1,570 km. The current diesel-powered trains run partly on a single track, linking the two cities in 29 hours. If a Shinkansen-style train project is adopted, the travel time would be reduced to 5.5 hours. If a cheaper (and slower) version is chosen, the journey would take 8 hours.

This high-speed line was first mooted in 2007, abandoned and then revived in 2012. Last year, the government indicated that it had entered the active phase of the project. Work has begun on two sections between Hanoi and Vinh in the north and between Ho Chi Minh City and Nha Trang in the south. These two portions could open around 2032. The rest would be completed by 2045.

Still in the former Indochina, there has been talk since the French era of a railway line connecting Phnom Penh to Ho Chi Minh City, only 230 km away. But here again, nothing is really concrete despite two agreements signed by the Cambodian and Vietnamese governments. Consequently, regional airlines still have a long way to go!

End of 2022 of the Renfe-SNCF cooperation