Gothenburg, laboratory of the urban Europe of the future 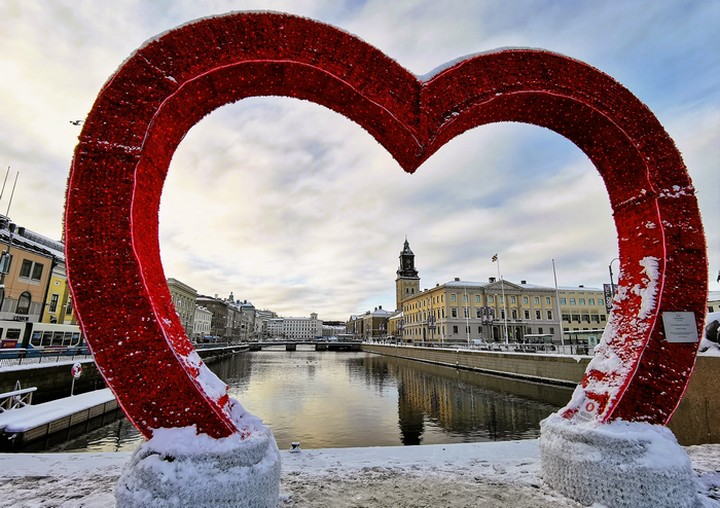 Some cities would feel frustrated to be the eternal number 2 behind the capital of a country. Well, this is not at all the case of Gothenburg, Sweden’s second largest city. On the contrary. Gothenburg is happy with what it is: a city that is neither too big – nearly 600,000 inhabitants within its walls – nor too small. Indeed, it can boast of being the largest Scandinavian city that is not a capital.

In 2017, the metropolitan region passed the one million mark in population and aims to reach the 1.2 million mark by the end of the decade. A goal supported by more than 100 billion in investments in new infrastructure. Housing, business and leisure centers, new green spaces and new train lines are already dotting the city with numerous construction sites

We feel comfortable here, the cost of living is lower than in Stockholm and we have all the attributes of a big European city

,” says Bili, a German who has fallen in love with the city and who works for one of the most famous Swedish companies in the world, Volvo. 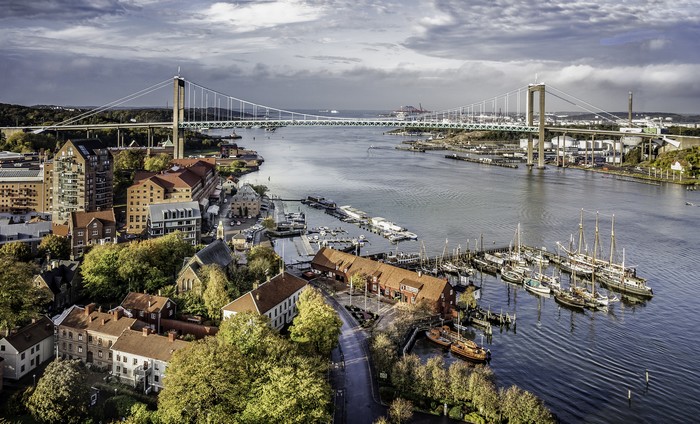 Open to the world by tradition

Gothenburg is said to have the most open population in Sweden. The most talkative too, a trait that is not so common among Swedes, who are generally reserved by nature. This is probably due to the history of this unique city. With its streets in quadrilateral along canals, Gothenburg looks like a Dutch city. It was the Dutch who built the city in the 17th century, also bringing their maritime know-how. The city became a major trade center in northern Europe, attracting not only Swedes, but also Germans and English. A city that has always been cosmopolitan and therefore open to the world.

We understand better by this history that Gothenburg became one of the first industrial centers of Sweden. In addition to Volvo, the city is also the headquarters of the SKF group, one of the world’s leading mechanical suppliers, as well as the telecommunications giant Ericsson. The Covid-19 has even contributed to the city’s industrial reputation! Who hasn’t heard of the famous pharmaceutical and biotechnology firm Astra Zeneca, based in Gothenburg

” Our history as a maritime hub explains the fact that we are now the leading port in Scandinavia. This also justifies the presence of high-tech industries. Today, Göteborg is increasingly asserting itself as a

The city is a center for research and knowledge, social and medical sciences, and advanced technologies. This feeds a vast network of universities, laboratories and incubators that make us a true smart city in Europe,” says Ulrika Scoliège, Project Manager of the Gothenburg Convention Bureau.

Smart City is more than a marketing idea in Gothenburg. One third of all investments in research and development are made in Sweden’s second largest city. ” We want to give our economy a real human dimension. That’s how we define our economic growth as ‘sustainable’. The companies here seek above all to contribute to the well-being of the region’s inhabitants and of course to the well-being of the planet“, Ulrika Scoliège continues.

Sustainability is in fact the new mantra of Gothenburg. This notion permeates all areas of the city’s daily life, from public transport to water management, from health to education. Public transport is converting to all-electricity, with 97% of it already running on recyclable energy. In tourism, 95% of the city’s hotel rooms are certified as environmentally friendly. And there are more recycled clothing and furniture stores here than anywhere else in Scandinavia.

With an enviable result: Gothenburg has been ranked the most sustainable city in the world six times by the GDS (Global Destination Sustainability Movement). Even in 2021, in the middle of a pandemic! A distinction that adds a little more to the pride of the inhabitants of Gothenburg. And should stimulate the curiosity of travelers – business and leisure – to come to Gothenburg. With all the chances to fall under the charm…

What to take for a road-trip?