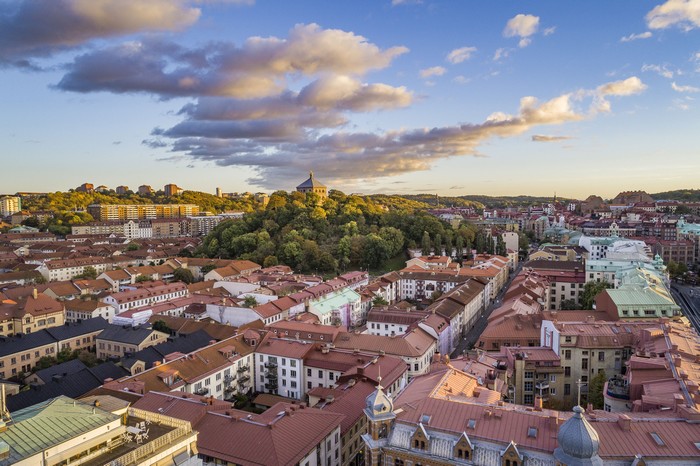 offer non-stop flights from Paris, from CDG for the former and Orly for the latter. Connecting flights are also possible via Amsterdam with KLM, Frankfurt with Lufthansa or Copenhagen with SAS Scandinavian Airlines. You can also take the train from Stockholm or Oslo to arrive directly at Gothenburg Central Station. 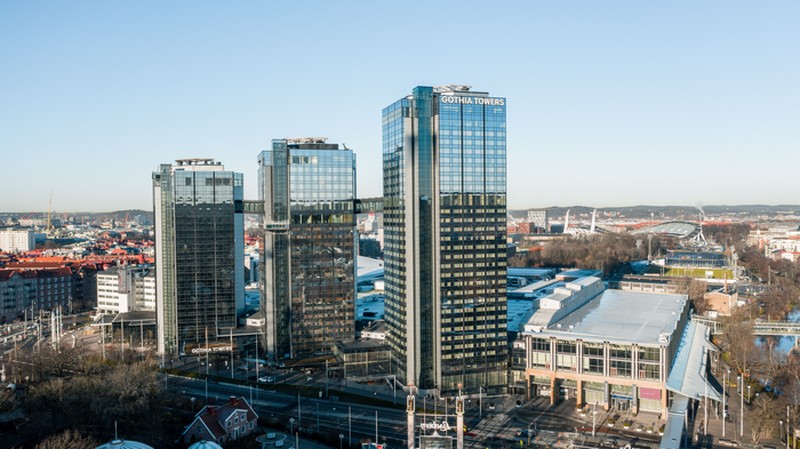 no shortage of business hotels in Sweden’s second largest city. It’s impossible to miss the Gothia Towers Hotel. The huge 1,200-room structure, consisting of three towers, is one of Sweden’s tallest hotels and certainly the tallest in Gothenburg. It is integrated into the Svenska Mässen conference and exhibition center. Modern, minimalist and comfortable! (en.gothiatowers.com; tel: +46-31-750 88 00). Another well-known hotel, the Radisson Blu Scandinavia, is located in the city center, right next to the central train station. It has 355 contemporary rooms in pastel tones(www.radissonhotels.com/en-us/hotels/radisson-blu-gothenburg-scandinavia; tel: +46-31-758 50 00). For the traditionalist, Hotel Eggers is one of Sweden’s oldest hotels. It opened in 1859 and still has that old-world atmosphere.(www.hoteleggers.se/en; tel:+46-31-333 44 40). Another accommodation located in a historic building, the Clarion Hotel Post occupies the former central post office of Gothenburg. 500 cozy rooms, a pool on its rooftop heated to 30° for winter bathing. Named Sweden’s best hotel in 2018 (clarionpost.se; tel: +46-31-61 90 50).

For a quick, reasonably priced bite to eat, there’s no better place than the central market. In the heart of the city, there are about 20 food stores and restaurants(www.storasaluhallen.se)

. Kåges offers traditional Swedish cuisine on the go for less than 15 euros. O

n go there without a reservation! ¨To eat the best Swedish open-faced sandwiches with shrimps (smörgås), we will let ourselves be tempted by Heaven 23 in the Gothia Towers Hotel. The sandwiches there are giant, succulent and one enjoys a bird’s eye view of Gothenburg’s rooftops! Restaurang 28+ is a Michelin-starred restaurant. It has an excellent reputation for its inventive and contemporary cuisine with one of the best wine cellars in Sweden 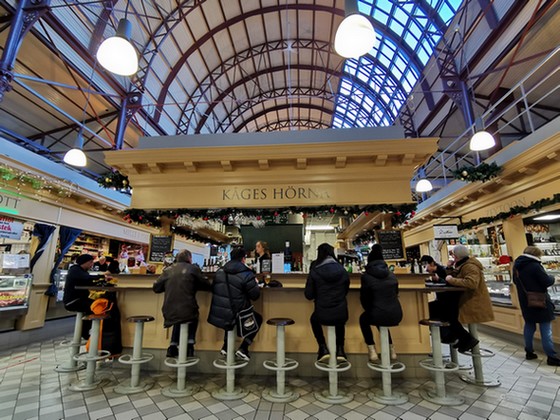 Lunch on the go and at reasonable prices: the central market Salluhallen (Photo: Luc Citrinot)

Gothenburg’s historic center is relatively compact and easy to visit. The historic old town around the canals stretches between the central station and the former headquarters of the Swedish East India Company, now the Gothenburg Historical Museum. It is also hard to miss Avenyn, the long linear boulevard that crosses the city with its Champs-Elysées look with its imposing 19th century houses and ends in apotheosis with the Fine Arts Museum.

The Haga district is probably the most charming district of Gothenburg. One plunges into a perfectly preserved 19th century with its opulent buildings in ashlar or brick and its neo-classical villas. Haga is the ideal place to go out with its bistros, clubs and nightclubs.

The Museum of Fine Arts has one of the finest collections of paintings in Northern Europe, including some Impressionist paintings and Picasso (goteborgskonstmuseum.se). Among other museums worth a visit, the Gothenburg Historical Museum (goteborgsstadsmuseum.se) offers an interactive tour of the city’s eventful history. Finally, the Röhsska design museum has a great collection of Asian art and very Scandinavian design (rohsska.se 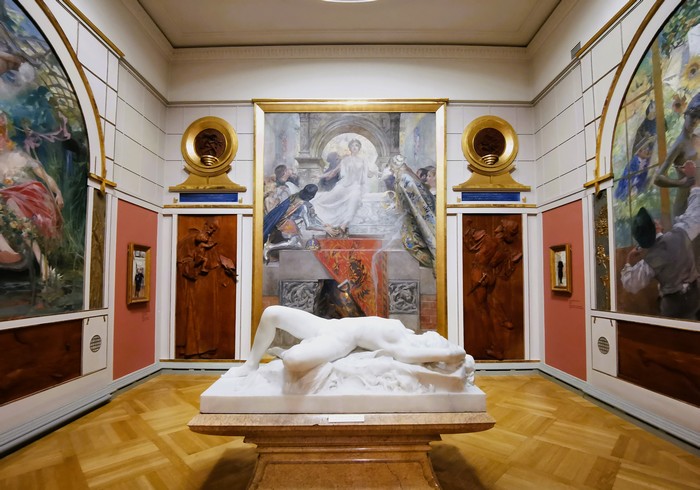 The Gothenburg Museum of Fine Arts has a fine collection of 19th and 20th century painters. (Photo: LC)

Gothenburg has an excellent public transport system, especially streetcars. Two bus companies also transport passengers from the airport to the city. Tickets for the airport bus can be purchased online(www.flygbussarna.se) as well as a day pass, week pass or individual ticket for city transport(www.vasttrafik.se)

. Cabs, on the other hand, do not have a uniform price. It all depends on the cab company used… <a href=”https://www.voyages-d-affaires.com/wp-content/uploads/2022/02/secondhand-shop-erikshjalpen.jpg”> 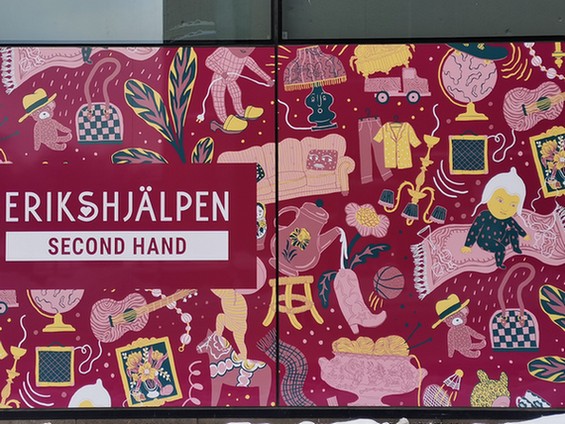 Sustainability is a must, Gothenburg has an impressive collection of recycled clothes, antiques and design stores. Haga has many such stores (hagashopping.se

). More conventional but very central, Nordstan is a shopping mall with about 100 stores, not to mention NK Nordiska Kompaniet, the most luxurious department store in town. The good news is that there is no need to change euros into kroner. Everything can be paid by credit card, Gothenburg being one of the leading cities for contactless payment.

See also  Many countries are finally opening up to international tourism

Airbnb, the farewell to China