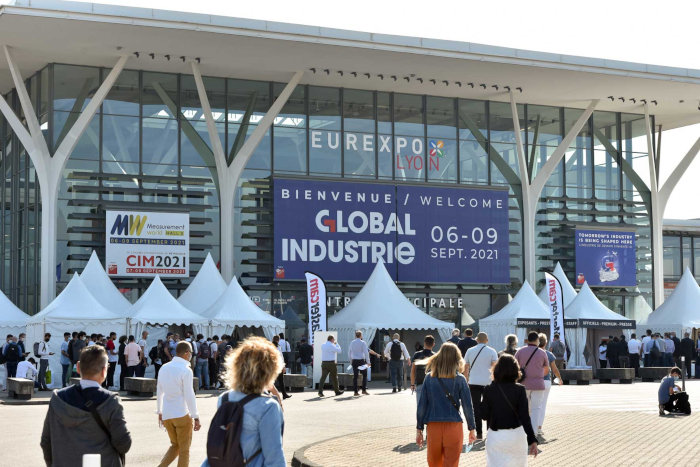 The Global Industrie trade show was held from 6 to 9 September at Eurexpo Lyon, one of GL events’ sites. (c) Nicolas Rodet

The quarterly results presented by the GL events group

in some ways set

the tone for the recovery of the MICE segment worldwide. A major player in the convention and corporate event industry, the French group posted 19.2% growth in the first nine months of the year. Its sales amounted to €437.8 million at the end of September 2021, with a large part of this result – €228 million – achieved in the last three months.

The rebound in business was particularly noticeable in Asia, notably in China and Japan, due to the operations linked to the Tokyo Olympic Games this summer. France, with the return to full capacity and the introduction of the health pass, is also participating in this upturn. ” After a first half of activity that was down compared to 2019 and 2020, our business is finding its feet again, demonstrating its resilience and showing a recovery dynamic,” said Olivier Ginon, CEO of GL events Group, who also noted that ” Asia exceeded its 2019 level of activity at the end of September

Thanks to events such as the 18th China-ASEAN exhibition and the 24th International Optoelectronics Exhibition in China or the IUCN Nature Congress and Maison & Objet in France, the GL events Live division, which includes corporate, institutional and sports events, recorded quarterly sales of €123 million, nearly double the sales achieved in the previous quarter.

The GL events Exhibitions division, which includes the organisation of more than 300 trade fairs owned by the French group, reported sales of €53.3 million, up 56.3% compared to the second quarter of 2021. However, it remains over the nine months of the year down sharply compared to the same period in 2019, by -46.2% . Still, this division has benefited from the holding of numerous trade fairs in France since June – Sirah in Lyon and Première Vision in Paris among others – including some postponements of the 1st half of 2021. The group also emphasises that it has continued “to deliver digital solutions, particularly for trade shows with an international focus, to maintain the link between exhibitors and visitors when travel remains prohibited.

Finally, GL events Venues, which manages some fifty convention and exhibition centres around the world, was adversely affected by the administrative closures that affected event venues in the first part of the year in Europe and that are still in place in South America until November. For the first nine months of the year, sales were

78.9 million, down -5.1% compared to 2020 and -66.3% compared to 2019. However, third quarter sales of €51.7 million more than tripled compared to the second quarter of 2021 thanks to the organisation of numerous trade fairs in Toulouse, Metz, Strasbourg and Saint-Etienne

In light of this recovery in business, GL events is maintaining its objectives for 2021, estimating that it will achieve sales of close to €700 million. The group emphasises that in the last quarter, business should continue to grow with the Dubai World Expo and COP 26 in Glasgow as highlights for GL events. As for trade fairs, while November will see the organisation of the first events in Chile and Brazil, the momentum will be driven in Europe by regional and national events.

Mercury and Tribe make common cause in Amsterdam