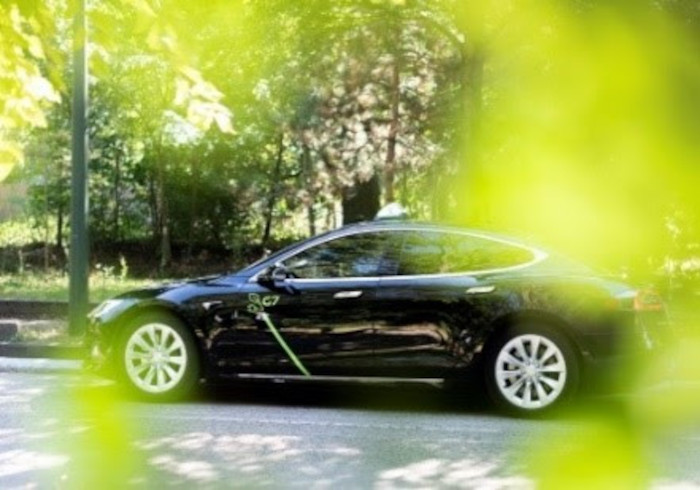 Half of the G7 taxi fleet consists of low-emission vehicles.

G7 is continuing its transition to green mobility. Launched in the development of a “green” fleet since 2007, the company had announced in 2019 the ambition to have 50% of hybrid or electric vehicles by 2021. A goal kept while, of the 9,000 drivers affiliated to the platform, more than 4,500 have a “green” vehicle, very mostly non-rechargeable hybrid models. Within this fleet, described as the first green taxi fleet in Europe, G7 also has a small number of electric cars, mainly Tesla and Nissan.

” This appointment was reached in a complicated period, without a drop in the investment of drivers as a result of the decline in activity,” said Nicolas Rousselet, CEO of the company, congratulating them on this development. The share of low-emission models was only 33% in 2015 and 40% in 2020 and should increase further as the fleet is renewed. G7 has thus set new targets, that of 75% Green sedans by 2024 and 100% by 2027. I am confident that we will achieve this goal,” said Nicolas Rousselet. We must go further to consolidate the taxi’s place in tomorrow’s mobility.

In consultation with its drivers, G7 will ban new diesel vehicles in its fleet from January 2022 and new petrol sedans at the beginning of 2023. At the same time, the company is using its negotiating power with manufacturers to offer drivers attractive deals on the purchase or lease of low-emission vehicle models. ” In recent months, 80% of renewals have been for G7 Green vehicles

,” notes Yann Ricordel, G7’s Deputy Managing Director. To accelerate the transition to 100% electric vehicles, G7 is approving new models such as the Mercedes EQV or Skoda Enyaq, while awaiting the upcoming test of a hydrogen vehicle, the Toyota Mirai, to study its compatibility with daily use and the comfort offered to passengers.

However, the company is still dependent on the market to go green. On the manufacturer side, for example, G7 points out the shortage of large green vehicles for families or people with reduced mobility. But it is above all the recharging infrastructure that still limits the share of electric vehicles in its fleet. The objective of 100,000 charging stations in 2020 has been postponed to 2022, the company regretting the very low availability of fast charging stations in Paris and the Ile-de-France region. A stumbling block that has led one of G7’s competitors, Uber, to form a partnership with Total to develop these charging solutions.

For its part, G7 is encouraging the mayors of the Parisian districts and municipalities of

the region to set up surface solutions reserved for taxis and VTC. We would like it to go faster,” said Yann Ricordel, taking the example of London, where an incentive policy has accelerated the electrification of the famous black cabs. To the relief of the politicians, the process of putting in competition slows down the rhythm of the deployment of the charging stations“. The company is committed to its side and is a partner of several service providers, including Zephyre, to facilitate the installation of charging stations at home, in individual or collective housing.

This “green” shift also involves a greening of demand with a two-stage strategy concerning the general public on the one hand and businesses on the other. For individuals, the new version of the G7 app presented in June highlights Green taxis, with G7 noting a threefold increase in orders for this solution since its introduction. At the same time, the company offers companies a specific subscription contract, called Préférence Green, which consists of assigning a Green vehicle as a priority, regardless of the traveller’s initial request. A total of 650 companies have adopted the formula, with 400 subscribing in 2021 alone.

The future of soft mobility plays on multimodality, and G7 intends to demonstrate this with the launch in mid-September of a new service, called G7 Vélo, which makes it possible to order a taxi equipped with a bicycle rack that can carry up to three bicycles. “I am convinced that taxis and bicycles can be complementary and we wanted to reflect this in our offer,” said Zineb Essahli, G7’s marketing director. And Nicolas Rousselet concluded: ” The city of tomorrow will be bicycles, scooters, but also taxis. »

Wellness appointment at the Crillon Hotel

Accor: towards a balance between historic, luxury and lifestyle brands