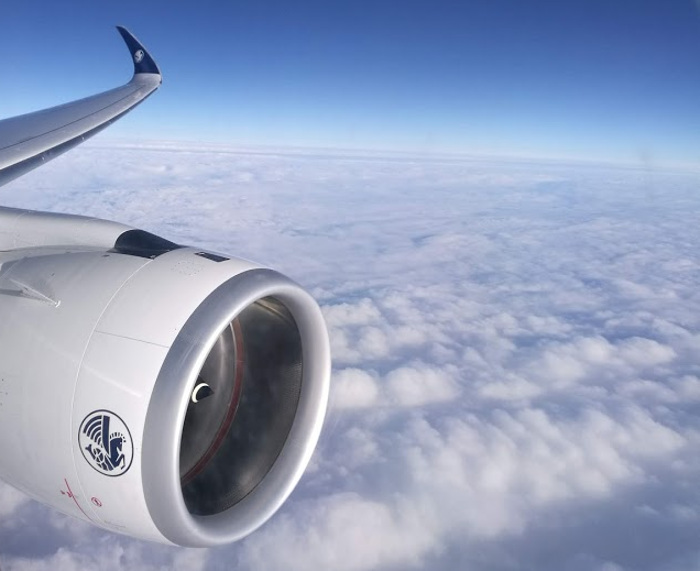 “We are calling for a strategic government,” explained Pascal de Izaguirre, Vice President of the FNAM, in a letter to the presidential candidates sent in early March.

Although French airlines are weakened and legitimately concerned, they are not discouraged. The round table organized on March 14 at the FNAM (Fédération Nationale de l’Aviation et de ses Métiers) did not resort to group therapy, but rather identified constructive avenues to prepare for the future. ” We wanted to influence the choices of the future president with a lot of enthusiasm and optimism,” said Alain Battisti in his introduction to the morning session. However, the President of the FNAM did not hide the impact of recent events on an industry ” in pain “, which was just beginning to raise its head. ” The Covid crisis has sent airlines around the world down the elevator. We were starting to climb back up the stairs, so gradually and with great effort. And now the war in Ukraine

leads us to believe that we will remain stuck on a landing for a long time, or even go back down a little”, summarizes Alain Battisti.

With this letter sent on March 4 to all the presidential candidates – and whose responses will be made public – the FNAM hopes to begin the next term on a sound basis. Even if this does not necessarily mean making progress on outstanding issues, as the current term of office has shown… “We got off to a good start with the Air Transport Forum,” recalls Alain Battisti. ” Unfortunately, what came out of it was an increase in taxation, and the rest was abandoned. Then the Covid crisis brought everything to a halt. So we can blame the current government for a lack of reform, but it was not helped by events… We must take into account the reality. Besides, this government has been there to avoid the pure and simple disappearance of the French air sector. If Bercy had not intervened quickly, we would no longer be sitting around this table

Aware that the worst has been avoided, FNAM officials also know that not all problems have been solved. Hence this appeal to the person who will have to “settle the accounts” tomorrow. ” The solution to the current crisis cannot be new loans, which would increase the debt burden,” warns Marc Rochet, President of the Economy and Competitiveness Commission. ” We are calling for structural measures, such as the financing of government activities, which will lead to a lasting improvement in our finances and competitiveness

. With figures to back him up, Laurent Timsit measures the scale of the problem: “<eOver the period 2020-2022, the debt will reach three billion euros, including 700 million for security. These three billion euros will be borne by the airlines if the State does not intervene to take at least a part of it. That’s what’s at stake,” says FNAM’s General Delegate.

See also  Finnair finds its way back to Asia

The question of taxes is therefore logically in the crosshairs of the FNAM. But with its plea sent to the candidates, the FNAM sees further, and on a larger scale. Like the issue of fuels, and in particular “SAF” (Sustainable Aviation Fuel), set up as an ” emergency ” by the FNAM leaders. ” The sorting out of the different solutions that are available, such as hydrogen or electric aircraft, will be done by time rather quickly. Certification of new equipment often takes seven years. That’s a long time. While we have today an emergency, namely the development of the production and distribution of SAF “, summarizes Alain Battisti.

We appeal to a strategic State, because there is an energy stake

For his part, Pascal de Izaguirre, Vice President of the FNAM and President of the Commission for Transversal Affairs said: ” We call on a strategic State, because there is an energy issue: if France is not able to have its own production sector while we know that there is an inevitable horizon, and that eventually it will be mandatory to use these FAS, it will pose a problem of energy independence. Another point of the strategic State: developing a new sector would also allow the development of employment. This is also the objective of this plea transmitted by the FNAM: not only to give airlines the means to clean up their finances in order to look forward to the future a little more serenely, but also to position the industry as a possible growth lever for the major issues – and major promises – debated during the campaign. ” We wanted to resonate with the major themes of the presidential campaign: air transport is an asset of national sovereignty for France, and can be a lever for the reindustrialization of the territory. These two themes are shared by almost all the candidates,” says Pascal de Izaguirre. The ball is now in the court of the candidates for the Elysée…

Univ’Airplus 2022: an edition to reflect on CSR issues