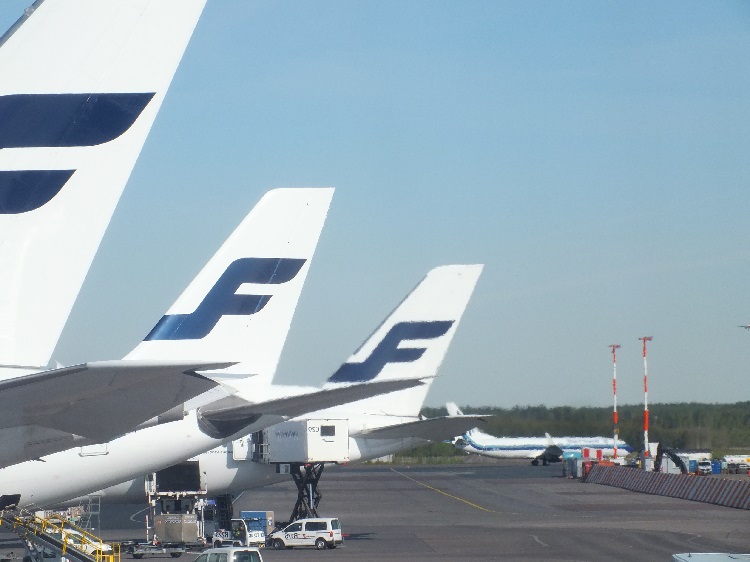 This is confirmed almost daily. Air travel in Europe is picking up with the acceleration of vaccination. Travellers with the precious sesame that is a vaccine are increasingly allowed to travel.

This is good business for Finnair

Europe, Asia and North America are in focus for the winter season. On the intercontinental front, Finnair is strengthening its position in Japan and Thailand. The airline offers daily flights to Tokyo, Seoul and Bangkok as well as several weekly flights to Hong Kong and Singapore. Weekly flights to Osaka will be added from October, and from February onwards to Nagoya. To Thailand, Bangkok and Phuket will also be served from Stockholm-Arlanda, Finnair’s new intercontinental hub. In the Gulf, the carrier will also start services to Dubai with wide-body aircraft.

In North America, Finnair will continue to serve Chicago, which until now has only been connected to Helsinki in the summer. The airline offers a daily flight to New York and operates three weekly flights to Miami and Los Angeles respectively. There will also be weekly flights between Stockholm and Miami.

Finnair is increasing its flights to Europe’s main cities. The airline will now offer two daily flights to Amsterdam, Munich, Düsseldorf, Berlin and Frankfurt. It will also increase its flights to London and Paris-CDG to three times daily.

See also  Optimism back at Brussels Airlines this winter

In Northern Europe, Finnair is also increasing its frequencies to St. Petersburg, all Scandinavian capitals and will serve Krakow and Gdansk in Poland during the winter. The carrier is also strengthening its services to Spain and Lapland. On the latter, Finnair offers four daily connections to Rovaniemi, Ivalo and Kittilä, and two daily connections to Kuusamo.

“We are delighted to be able to strengthen our network in terms of frequency and destinations. This will provide better connections for customers as travel increases,” says Ole Orvér, Finnair’s Commercial Director.

“We are also reintroducing terminal services to help passengers with a smooth and convenient travel experience. We have already opened our Schengen lounge in August. Finnair’s Non-Schengen lounge at Helsinki Airport will open in early October. And we have just launched a new inflight catering service with Nordic flavours combined with specialities from the rest of the world.”

Rosewood: a luxury hotel in Sao Paulo, in the early stages of a global expansion

What Helps make Puerto Vallarta and Guadalajara Two of Mexico’s Most LGBTQ-Pleasant Destinations?