Finnair, from the post-Soviet to the post-Russian period 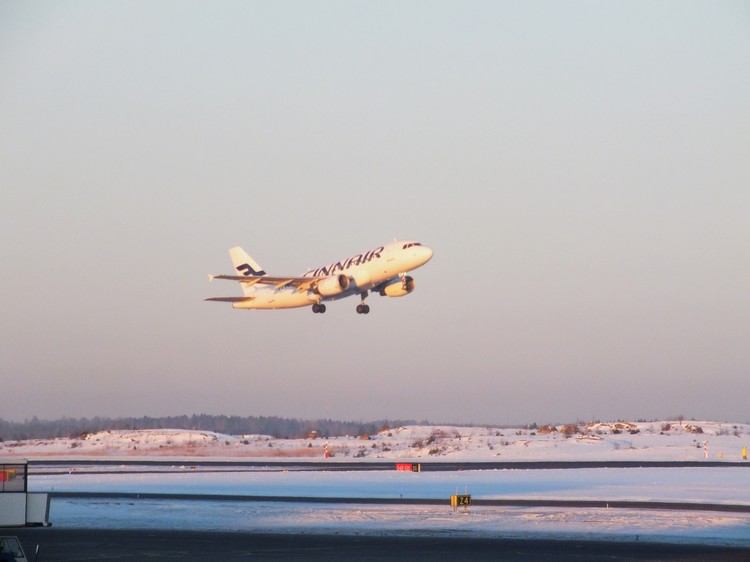 has grown and prospered in the shadow of its large eastern neighbor. It has benefited from the post-Soviet era since 1991. An era of openness to the outside world for Russia, resulting in particular in the development of the travel market and the increase in the standard of living of Russians. In 2019, there were 45.33 million Russian citizens travelling abroad.

This is a juicy market and Helsinki airport was used as a hub for the rest of the world. Before the Covid crisis, Finnair served Russia with eight daily flights. That is, four flights a day to Moscow and four to St. Petersburg. In addition, until 2018, there were several weekly flights to Ekaterinburg. The company had also launched four weekly flights to the Belarusian capital Mink. “All its routes are now suspended until the end of October. Russia represented 15% of our traffic in Europe,” explains Javier Roig, Finnair’s Director of Southern Europe.

But above all, it was the possibility of flying over Russian airspace that gave the Helsinki hub its value. Over the past decade, the airport had gained a privileged position in Europe for flights to Asia. This period seems to be over with the consequences of the Russian war in Ukraine, which has resulted in the suspension of air traffic between the EU and Russia.

“All our flights leaving Helsinki for the East almost immediately entered Russian airspace. The closure of this airspace to foreign airlines is a real shock for our company. We would almost be happy to operate today with only the Covid constraint, as the situation is so difficult,” says Javier Roig.

The post-Soviet period is now being followed by a period that can be described as “post-Russian” for Finnair. And it could last a long, long time. It forces the Finnish carrier to completely redefine its growth model.

“We were very agile as soon as the ban on flying over Russian territory was put in place. We suspended all our flights for a week to analyze what we should do. We decided to resume some of our destinations in Asia with a new southern air route via Poland, Turkey, Turkmenistan, Kazakhstan or Kyrgyzstan to Korea, Japan or Shanghai. This will nevertheless extend our flights by 3 to 4 hours. In addition to the additional consumption of oil, this extra time prevents us from making a round trip with the same aircraft in 24 hours,” says Javier Roig.

“It is true that our strength is in our Asian network. That’s why we continue to fly to Seoul, Shanghai and Tokyo. Cargo helps to balance the books on these routes. And we continue to serve India, Thailand and Singapore, whose travel times are somewhat less affected by the detour via this southern route,” Finnair’s CEO explains. “Surprisingly, demand for flights to Asia has returned despite these inconveniences,” he adds.

This summer, Finnair is serving six destinations to Asia. It had to put on hold the resumption of routes to the rest of Japan (Fukuoka, Nagoya, Osaka and Tokyo Haneda) as well as the launch of the route to Busan in Korea. On the other hand, on April 5 it inaugurated three weekly flights to Mumbai. The schedules as defined will apply until the end of October. “We will not adjust our schedules from week to week according to the news. Unless, of course, the Russian airspace is completely reopened…” says Javier Roig.

In its conquest of new markets, Finnair is turning this summer to the West – more specifically the United States. The aim is to optimize the use of the long-haul fleet. Finnair has just opened a Helsinki-Dallas route for the first time, which will be followed by Helsinki-Seattle on June 1. “This is a market where yield is very low because of strong competition. But we don’t have many alternatives at the moment. However, we are studying other destinations in Asia. Like Kuala Lumpur, for example. We are literally reinventing ourselves,” says Javier Roig.

In Europe, the summer will bring its share of sunny destinations but also a strengthening of flights to the main European capitals. “We will be landing up to five times a day at Paris CDG and also at Nice. We also have at least two daily flights to Brussels and Geneva. I would also like to have a route to Lyon, but with schedules better suited to French passengers,” says the Finnair Director.

The company’s strategic agility is also its positioning towards a premium market. Especially for business. “Despite this very unfavorable environment, Finnair has not given up on the modernization of its on-board product – especially long-haul. We have just launched our Premium Economy and have just modernized our business class as well. We have a revolutionary seat that we are launching on Helsinki-Singapore in May. It offers more individual space, a real bed with mattress. Plus countless details such as a wireless cell phone charger, several USB sockets and a large video screen,” describes Javier Roig.

For or against space tourism?