Eurostar is gaining momentum between London and Paris 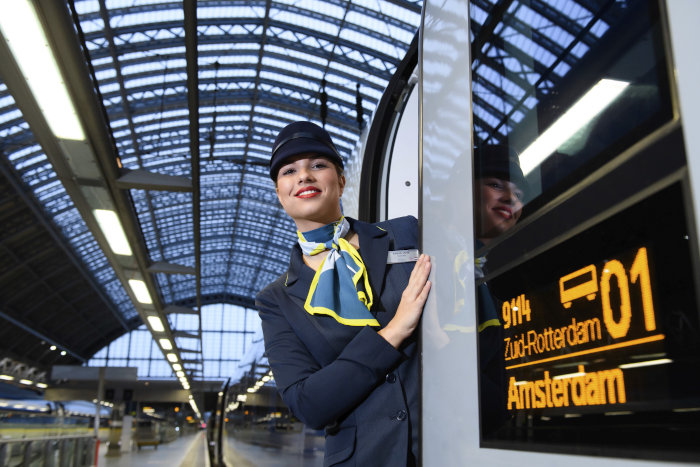 Eurostar increases its frequencies with 7 return trips per day between London and Paris.

Eurostar is picking up speed after a critical period during the health crisis which saw its activity almost come to a halt and necessitated its recapitalisation by its shareholders. Its frequency offering has been increased to seven daily return trips on Paris-London and four return trips on Paris-Brussels, with two continuing to Rotterdam and Amsterdam in the Netherlands. ” We are pleasantly surprised by the upturn in business and leisure traffic, which will enable us to add frequencies during the All Saints’ Day and Christmas holidays“, notes François Le Doze, Eurostar’s commercial director. However, the cross-Channel carrier is still a long way from its pre-Covid activity, when it operated 15 Paris-London return services (or even 19 at peak times) and 9 London-Brussels return services. ” The load factors are still below 2019

“, recognizes the head of the company, which is counting on more flexible health rules at the end of the month to boost sales.

On the other hand, the fact that a passport is now required to set foot in England does not pose a particular problem for business customers. Companies operating in the luxury goods, banking, auditing and consulting sectors have resumed their travel for internal meetings and sales meetings, trade fairs and events. ” We are clearly in a period where companies want to reconnect

,” observes François Le Doze. Enough to fill the Business Premier at certain times, which has returned to its pre-crisis service standards. However, regular customers will have to wait until the beginning of 2022 to find the cocktail bar in the business lounges in London and Paris.

The increase in the number of frequencies means that business customers can once again make a round trip on the different routes during the day and Business Premier passengers can easily change trains. ” The offer and flexibility remain essential criteria for this business clientele“, he stresses. Through commercial advantages, major accounts are encouraged to get their staff on the trains and to make more journeys, if possible in higher classes. On the other hand, the Eurostar for Business platform is favoured for working with small and medium-sized businesses, a segment that has long been under the radar of the company. ” The tool enables us to understand their expectations and to offer them dedicated facilities and advantages

As with the SNCF and other international subsidiaries such as Lyria and Thalys, the ecological advantages of train travel in terms of reducing

emissions are clearly put forward to companies. The figure of 80% fewer emissions compared to air travel is now systematically put forward at the highest level of the group, such as Jean-Pierre Farandou, the CEO of the SNCF. At Eurostar, companies that still fly their employees between London and the Netherlands are clearly targeted 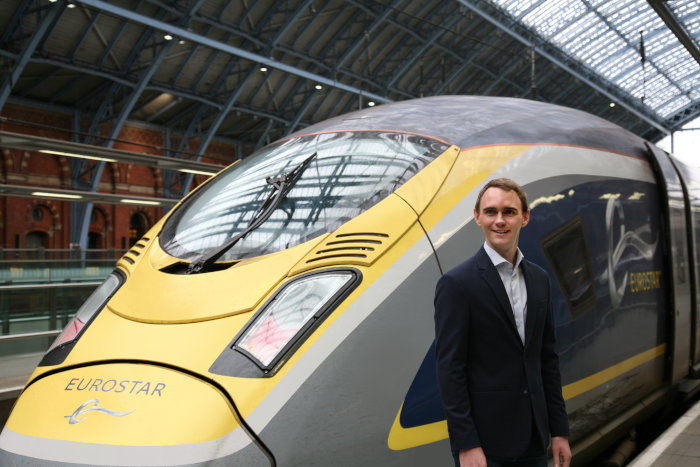 While it seems clear that large companies will be reviewing their travel policies after the health crisis, the carrier believes it has a card to play in decarbonising business travel and gaining market share. Eurostar hopes to recover 90% of its pre-pandemic business traffic by 2023. Some unknowns remain, however, such as the place given in the future to teleworking and videoconferencing.

The Eurostar-Thalys merger is on the way

Companies could also be attracted by the planned merger with Thalys, as it will provide passengers with additional travel and connection opportunities. It is also a guarantee of fluidity for the carrier around a single strong brand – Eurostar -, a single mobile application, a single loyalty programme and a single sales team to negotiate contracts. This will undoubtedly lead to new fare offers. ” We will be able to combine our strengths in terms of resources, fleet, purchasing… This merger is clearly a growth project that will allow us to be more offensive in five countries with a better knowledge of the specificities of these different markets

Here again, one unknown factor remains: what will be the long-term impact of the Brexit, which has been overshadowed for the moment by the health crisis? According to the Economic Statistics Center of Excellence, nearly 1.3 million expatriates would have left the UK since the summer of 2019, including 700,000 for Greater London. This represents a significant loss of frequent travellers between the British capital and its European neighbours.