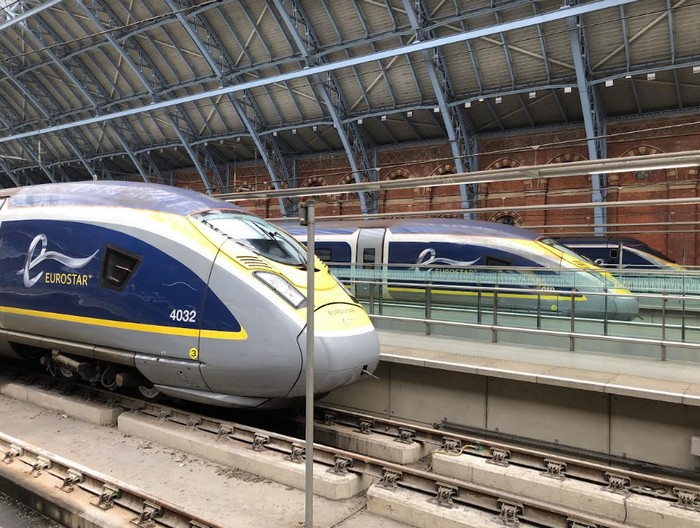 After the green light given last March by the European Commission to the Eurostar/Thalys merger, a new stage in this project has just been completed with the reunion of the two railway companies within the Eurostar Group holding company, named after the cross-Channel carrier, the commercial brand that will remain. Although the Eurostar Group’s address is located in Brussels

, each company retains its current headquarters, located respectively in London for Eurostar International Limited and in the Belgian capital for THI Factory SA (Thalys). The SNCF, which was the majority shareholder of both carriers, now holds 55.75% of Eurostar Group’s capital, followed by the Caisse de dépôt et placement du Québec (19.31%), the SNCB (Belgian railways) for 18.5% and funds managed by Federal Hermes Infrastructure (6.44%). Jacques Damas, current CEO of Eurostar has been appointed to head this new entity.

A merger to revive the momentum

Launched in September 2019 under the code name

six months before the onset of the pandemic, this merger project had been put on hold for two years due to the collapse of traffic and the significant financial losses that resulted. Eurostar was the most affected, with only 1.6 million customers in 2021 (compared with 11.1 million in 2019!), and its survival was only possible thanks to a £250 million (€290 million) recapitalization by its various shareholders. This marriage is now presented as a shock treatment to hope to rebound with a target of 30 million passengers in 2032, against 19 million for both companies in 2019. New routes will be developed to reach this particularly ambitious figure. Above all, economies of scale will be achieved by pooling the high-speed train fleet and even the cabin crew, by merging loyalty programs and by setting up a single IT system and a single reservation tool.

See also  Accor: towards a balance between historic, luxury and lifestyle brands

Unlike leisure, the business segment is the slowest to recover from the health crisis. And first of all for Eurostar because of therise of video-conferencing, entry formalities in Great Britain

which have remained very restrictive for a long time, the departure of many European workers since the beginning of Covid and the effects of Brexit on the City.

customers will have to wait another two or three years before they see the first commercial effects of the birth of this new Eurostar. Marketing campaigns and fare offers under the single Eurostar brand will be carried out to boost traffic and get passengers back on the trains. The environmental aspect of the train compared to air travel will also be promoted to customers, especially business customers.

But in the meantime, clouds could gather over the tracks linking Paris to London. Jacques Gounon, the head of the Channel Tunnel (Getlink, formerly Eurostar), has announced his intention to acquire 10 high-speed trains in order to lease them to a new entrant that would be able to generate 2 to 3 million passengers per year between the two capitals. In this case, Renfe, the Spanish railroads, has made no secret of its ambitions and has just opened an office in Paris.

La Serre: a country meeting in the middle of Paris