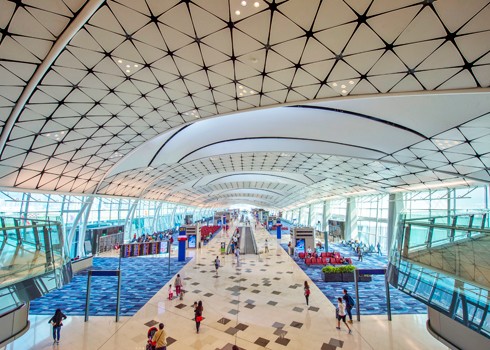 While Hong Kong International Airport has been a major global hub with flights to all corners of the world, the covid pandemic is decimating the hub. And it is losing its status as a global airport.

As the rules of entry to Hong Kong continue to tighten, more and more airlines are temporarily throwing in the towel in serving the city. While Cathay Pacific continues to reduce the number of its flights due to the three-week quarantine imposed on its pilots, British Airways

announced at the end of November that it was suspending its flights from London Heathrow due to the confinement of its pilots following a case of Covid. The company indicated however that the decision was temporary.

According to the British carrier’s booking site, flights are scheduled to resume on 18 December. Its competitors, Cathay Pacific and Virgin Atlantic continue to connect Heathrow to Hong Kong.

Air France and the Lufthansa group are withdrawing

Barely relaunched in November, the only weekly frequency thatAir France

operates between Paris CDG and Hong Kong is now suspended. According to information provided by the airline, Air France is stopping services to the Chinese metropolis until 26 March.

The Lufthansa group also suspended its flights to Hong Kong in December and January. The three international airlines of the group – Austrian Airlines, Lufthansa and Swiss – do not offer any non-stop flights from Europe. One notable exception is a code-share flight from Lufthansa to Frankfurt-Hong Kong operated by Cathay Pacific. Other possibilities to reach the Chinese metropolis exist via a stopover in Bangkok.

It should be noted that SAS Scandinavian Airlines has decided to suspend its historic Copenhagen-Hong Kong route from March 2020. With no prospect of resumption

From Europe, while Air France has suspended its only weekly flight, the same cannot be said of KLM. The Dutch carrier continues to operate flights via a stopover in Bangkok where its flight crews can stop over without the mortifying quarantine imposed in the semi-autonomous territory. Until January 6, KLM is offering two to three weekly flights including the Bangkok stopover. It will then increase to five flights per

One of the most consistent airlines to Hong Kong is Finnair. The flights take place every day except Friday on the outbound leg and Saturday on the return leg with a two-class A350-900 aircraft, with a double crew taking over the return leg, thus avoiding the need for the flight crew to remain in Hong Kong, the company explains.

For the record, all passengers travelling to Hong Kong must undergo a 21-day quarantine as soon as they set foot on Chinese territory. Six tests are scheduled during this isolation.