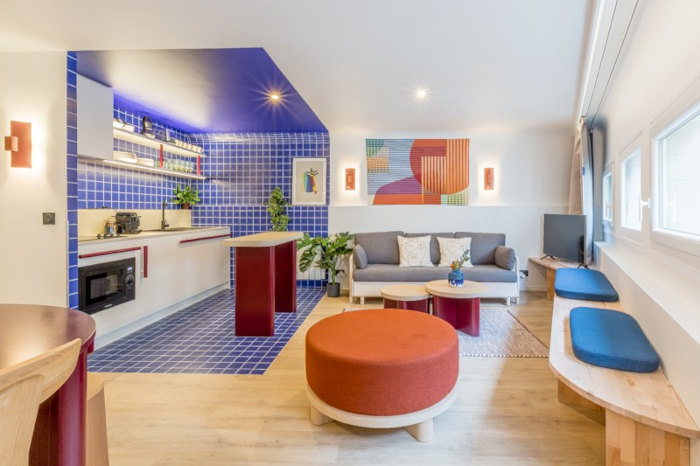 Aging offices, obsolete hotels: Edgar Suites practices in its own way a very current trend, that of recycling. Indeed, this group founded in 2016 by three partners – Xavier O’Quin, as well as Maxime and Grégoire Benoit – has made a specialty of converting outdated buildings into long-stay accommodation solutions. While Edgar Suites now has about 20 locations in France – most of them in Paris and two in Bordeaux – its latest opening took place in mid-April in the capital, at 25 rue du Jour.

For the occasion, it was the transformation of a building dating from the 17th century, the Hôtel de la Porte, which was once the headquarters of the Paris Bar Association, then a museum until 2020 telling the story of Parisian lawyers and major cases, the Dreyfus and Straviski trials among others or that of Marie-Antoinette. Old stones, wrought iron, a grand staircase and a listed salon: it is in this setting full of charm and history that Edgar Suites has installed ten apartments combining modern comfort with the cachet of the old and furnished in partnership with Selency, a specialist in second-hand furniture 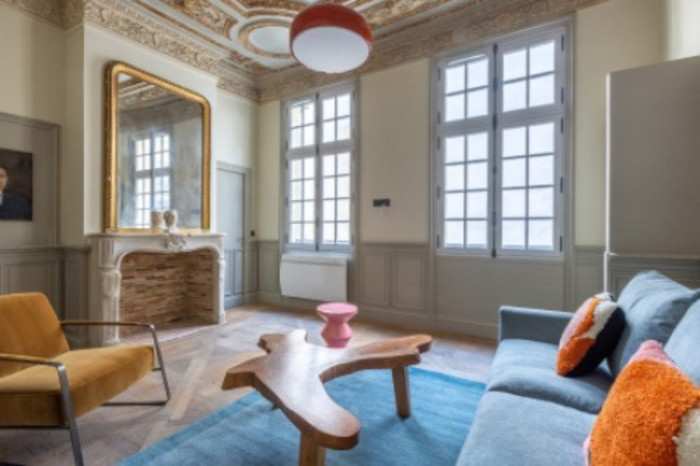 Edgar Suites has transformed the former headquarters of the Paris Bar Association into 10 urban “suites.

As in its other properties, Edgar Suites offers “urban suites,” i.e., studios, but above all, two- and three-bedroom apartments with tasteful decor and kitchens equipped with high-end utensils. ” With a large television and a powerful fiber optic connection, everything is done so that customers can work, receive friends or quietly watch Netflix

To this “home-like” experience, Edgar Suites also adds services, such as tea and coffee provided, rental bicycles or a driver who can pick up the traveler at the airport. We also have some nice surprises in store for our customers,” adds Maxime Benoit. For example, upon their arrival, a welcome basket awaits them in the apartment. We offer them tote bags to go shopping.

While the establishments do not have a physical reception desk per se, the apartments are accessible via a code lock, activated at 3pm on the day of arrival and deactivated at 11am on the day of departure. However, multi-skilled housekeepers are on hand to help guests with their luggage. And to compensate for the lack of staff, Edgar Suites has organized a

digital concierge service via WhatsApp. ” With a response within a minute

While Edgar Suite reaches a leisure clientele through the location of its establishments, always in the city center, it also and above all reaches business clients with strategic locations for these clients. For example, the first establishment opened near the Porte de Versailles exhibition center

in the 15th arrondissement of Paris, while Edgar Suites also has a residence near the Parc du Princes and companies based in Boulogne, another in Levallois, not far from the headquarters of L’Oréal and close to La Défense, while in Bordeaux, the group has set up in the Mériadeck business district.

With this concept of boutique aparthotels, we wanted to dust off the urban residence,” says Maxime Benoit. Many companies have agreements with hotels, but we realize that employee demand is changing, that they want more spacious places where they can cook and entertain friends.

The formula is popular, as Edgar Suites reports occupancy of more than 90 percent. Although the pandemic has meant that the long-distance clientele, which used to be the majority, has disappeared, attendance has been sustained by the local clientele. 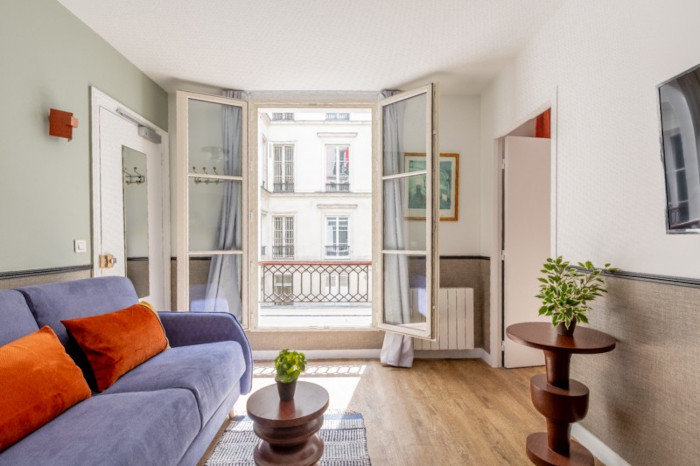 ” We are seeing more and more French and Europeans who take advantage of the opportunity to visit Paris while teleworking, or people who have left Paris to live in Marseille, Lyon or Bordeaux and come to stay with us for several days, grouping together their appointments

,” notes Maxime Benoit. says Maxime Benoit. Among its regulars, Edgar Suites can also count on business groups who, in a coliving spirit, take a large apartment with several rooms – with private bathrooms – grouped around a common kitchen and living room.

To accelerate its development, Edgar Suites raised funds last year – €104 million – from BC Partners Real Estate with the goal of managing 700 urban suites by 2026, compared with 150 today. The first tangible result of this financial contribution was the purchase of a first building 100 meters from the main entrance to the Porte de Versailles exhibition center, in front of the Palais des Sports. ” A very beautiful project that will offer 56 apartments on 10 floors with many spacious two- and three-bedroom apartments and terraces

,” says Maxime Benoit. The project is expected to open in late 2023 or early 2024, in time for the Paris Olympics.

Before then, Edgar Suites will also have set up shop in two new cities in 2023, in Cannes and Lille, in an Art Deco building. While many of the ten or so projects currently underway involve Paris and its inner suburbs, the group intends to expand its footprint in the regions. ” We have identified

See also  A giant in the making in the South American sky?