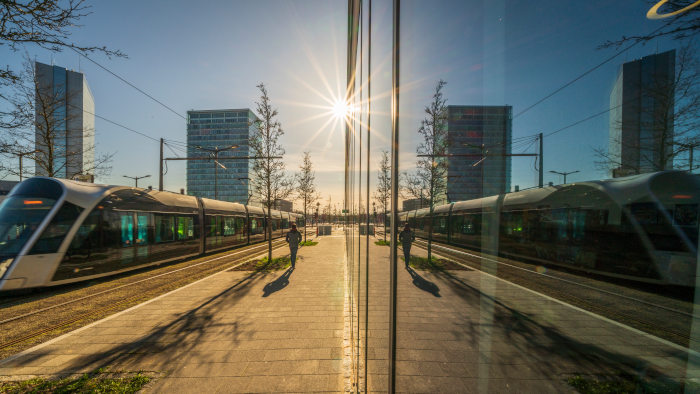 Since March 1, 2020, public transport is free in Luxembourg. Here, avenue J.F. Kennedy, on the Kirchberg plateau, the business district of Luxembourg. It

is a first in the world: since last year, public transport in Luxembourg has been entirely free. This initiative, designed to encourage soft mobility, is part of the spirit of a country focused on sustainable solutions. Social initiatives, circular and solidarity-based economy: not to mention its natural environment, its entire economy is going green, including one of its strong points, its financial centre. The Global Financial Centres Index ranked Luxembourg fourth among the world’s “green” financial centres in 2019. This ranking is based on tangible elements, as the Luxembourg stock exchange has launched the only platform to date dedicated to eco-friendly financial products. Today, half of all listed green bonds are housed in Luxembourg, as are a third of European responsible investment funds.

Aware of the challenges of tomorrow, Luxembourg is also looking to the future by actively supporting research and creativity. In particular, the public research budget has almost quadrupled over the last decade, leading to the advent of cutting-edge organisations in biomedicine and cyber security. And while they are public institutions, they are also very open to cooperation with the private sector

Luxembourg has made its open and multi-cultural society one of its strongest values.

An industrial power in its day, with Arbed, now ArcelorMittal, as its flagship, and a major centre of world finance, Luxembourg is now building a future focused on digital technologies and the digital transition, and even the space industry, with the world’s largest satellite operator, SES, a telecommunications company. This dynamic is also reflected in the cultural sector, with a booming creative industry that already numbers over 2,000 and is hiring like crazy.

Luxembourg, or the art of reinventing itself without losing its deepest values, be it respect for others or the art of consensus. It is also open to the world, almost by definition, since half of the country’s 600,000 inhabitants are foreign nationals, making the country a melting pot of 175 different nationalities. And that’s without counting the 200,000 employees of

he French, Belgian and German border areas come to work in Luxembourg every day.

Plurality of languages, diversity of cultures: Luxembourg is a cosmopolitan crossroads at the centre of Europe. Crossing borders is a model of society. As a pillar of European construction, of a united and open Europe, Luxembourg is a great international meeting place. Favourable to new projects and partnerships, Luxembourg offers, thanks to its great economic and political stability, a serene and reliable environment to support the development of companies.

Stability, openness, dynamism: corporate events organised in Luxembourg benefit from these strong values. All the more so as, undoubtedly more than elsewhere, it is easier to reach the right contacts and to meet influential people. Because of its small population, almost everyone knows each other, sometimes from school. The decision-makers and players of tomorrow’s economy are only a handshake away. Meetings that will reinforce the impact of the events and that the experienced team of Business Events Luxembourg will be happy to organise. As always, with kindness and professionalism. 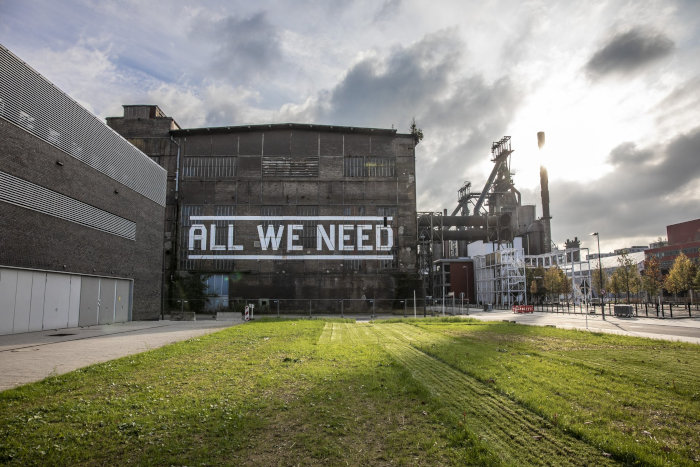 In the Esch-Belval district, the Minett illustrates the transition of the Luxembourg economy from steelmaking to innovation and creation. Esch-sur-Alzette, the “iron metropolis”, will be European Capital of Culture in 2022 ©LFT_Renata Lusso

Almaty: a new ibis hotel, waiting for a Novotel Living

Staying at the Nell residence in Paris