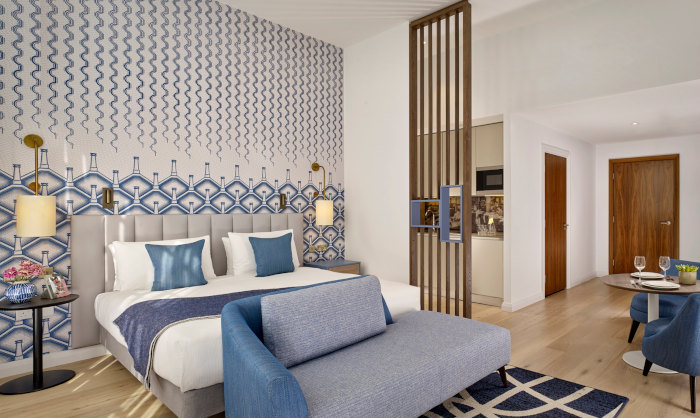 proof were needed of the vitality of long-stay accommodation, the development prospects of the Ascott group would give a fairly good idea of its growth dynamic. With the opening of 40 residences in 2021, notably in Strasbourg in France, and the signing of 72 new projects at the same time, the Singaporean specialist in the sector is heading for the 160,000-unit mark worldwide by 2023, compared with 133,000 units currently.

With more than 500 residences already in operation and another 300 under development, all in some 30 countries, Ascott has strengthened its leadership position through its network, but also through the quality of its offer. The group has been recognized as the best in the world in the urban residences category at the World Travel Awards in 2021, taking a place usually held by another Singaporean group, Frasers Hospitality 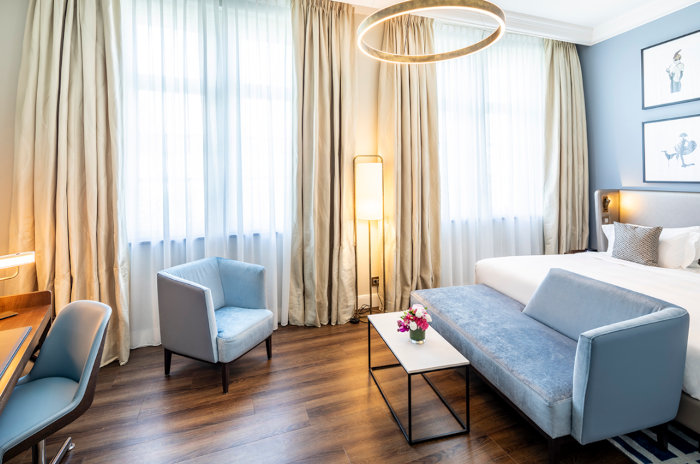 Unlike Ascott, this other key player in the long-stay market, also Singaporean, is more measured in its global expansion, focusing its ambitions in Asia with the expansion of its network in China’s main cities in the coming years. Present in Paris and London with its five-star Fraser Suites residences, the group has signed its latest development in Europe in 2019 with the Fraser Suites Hamburg, in a listed building dating from 1907.

Conversely, while Ascott is leveraging the attractiveness of its Citadines brand and its new lifestyle brand lyf to expand its footprint in Asia-Pacific, its original home, its horizons are expanding in the Middle East, recently in Africa, and naturally in Europe. On this continent, the number 1 in long-stay accommodation is counting on franchising to accelerate its expansion, a growth driver that has already been implemented in France with Citadines franchises in Nantes and Strasbourg, and soon in Toulouse and Amsterdam. ” The first Citadines in the Netherlands will strengthen our presence in this market,” says Ngor Houai Lee. Another Citadines franchise will open soon in Vienna, before another Citadines is added in the last quarter of 2022. “

While we are also looking at projects in Germany, Italy and Spain, our focus in 2022 will be on our development in Eastern Europe

The region, which still has few apartment hotels, is a new playground for Ascott, but also for Adagio, the sector leader on a European scale. The long-stay specialist co-owned by Accor and Pierre&Vacances will open residences in Warsaw, Sochi and Kiev in the second half of the year. At the same time, in the first half of the year, its development will focus on Western and Southern Europe with openings planned in Glasgow, Rome and Hamburg, while waiting for a residence in Malta, also planned for 2022. ” The development dimension is very present in our plans, firstly to extend our network in France, but also internationally. There is a real desire to expand our network beyond the 13 countries where we are present 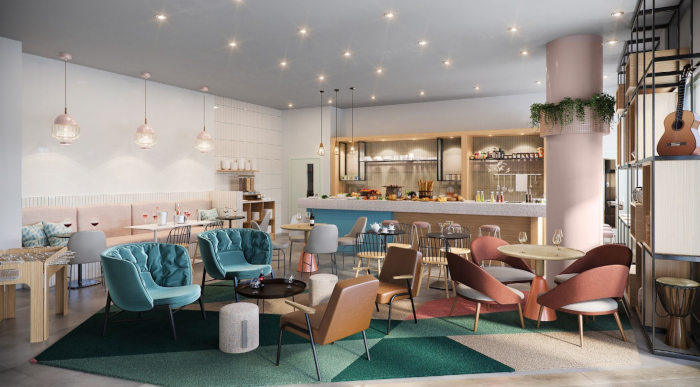 The Adagio Stratford, opening in 2021.

Among other ambitious European players, StayCity is in a growth phase. Currently operating around 30 apartment hotels under the Staycity mid-range and Wilde high-end brands, this British group plans to grow from 5,000 apartments in the spring of 2022 to 15,000 keys by 2027. This represents a tripling of its offer in five years, which will be focused on four key markets, the United Kingdom and Ireland naturally, but also Germany and France. StayCity is also present in France in Paris, near the Gare de l’Est train station, in Marseille, between the Saint Charles train station and the Vieux Port, and since last year in Bordeaux, with a 125-studio building in the city center. This development is expected to continue with two locations that are favored by business travelers: the La Défense district

Gradually establishing itself on the French market, StayCity is still far from reaching the offer of international players such as Adagio and Ascott or national pure players such as Residhome and its fifty or so residences, some of which are still to come. After opening in 2021 in Clamart, other establishments will open in Nice in March, in the fast-growing Arénas business district, and then in Sénart in July, adding to the Residhome Suites Sénart already open.

See also  Dream night in the cabins at Goldeneye

For its part, Appart’City<

/a>, the leader in the French market with its hundred or so two- to four-star establishments, has not been spared by the crisis, having had to go through a safeguard procedure to ensure its survival, concluded by a plan approved by the Montpellier commercial court and the support of the Brookfield investment fund 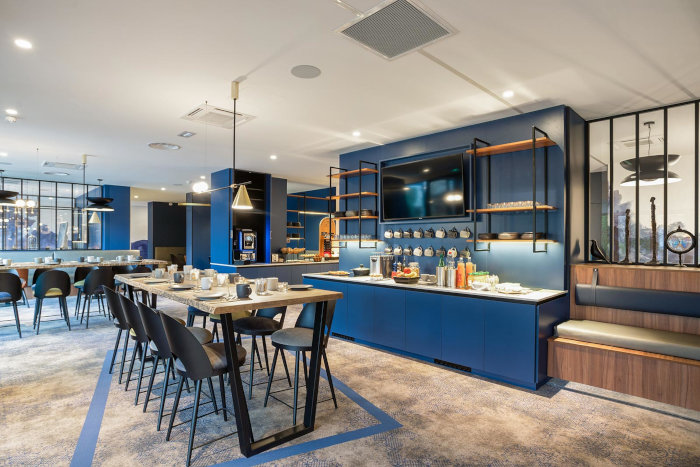 Now that it is financially sound, Appart’City will be able to invest in modernizing some of its properties, a strategy that has already resulted in the Appart’City Confort Genève Aéroport Ferney-Voltaire, on the French-Swiss border, being upgraded to a four-star property after total renovation. Perfectly located for business travelers because of its proximity to the Geneva hub and the Palexpo conference center, the residence has 125 rooms and studios, as well as 300 m2 of seminar and event space and a Bistrot City restaurant. This is almost a new opening, and another will follow in the first half of the year in the Paris region with a four-star apartment hotel in Saint-Germain-en-Laye.

In addition to these well-established players, the growing appeal of long-stay accommodation is attracting new business. In recent years, several groups have launched local networks such as Roomzzz in the United Kingdom, Stay KooooK, which is expanding its offer in Switzerland and Germany, and more recently The Julius, a brand that will appear in Prague next spring, before other developments planned in Budapest and Belgrade. Launched by Austrian family group Julius Meinl, the upscale establishment is housed in an Art Deco building and plays on current trends with a contemporary design by Italian architect Matteo Thun or a coworking space.

Purely practical a decade ago, long-stay accommodation is adapting to the times, moving towards lifestyle, and inviting guests to leave their rooms to live experiences. A buoyant niche that Ascott is playing on with its new lyf brand, also addressed by Adagio with its friendly lobby concept Le Cercle, but on which ambitious new players are also building. Since its first opening in 2016, the Locke brand has conquered several cities in the UK with its residences with lifestyle ingredients, mixing design, coworking, cocktail bars and rooftop terraces. ” Locke goes far beyond the functional and was designed with our guests in mind, who are culturally connected, socially savvy and trend-savvy

,” describes Stephen McCall, CEO of edyn Group, the parent company of Locke and other long-stay brands like Cove and Saco. <a href=”https://www.voyages-d-affaires.com/wp-content/uploads/2022/ 02/locke-turing-cambridge.jpg”> 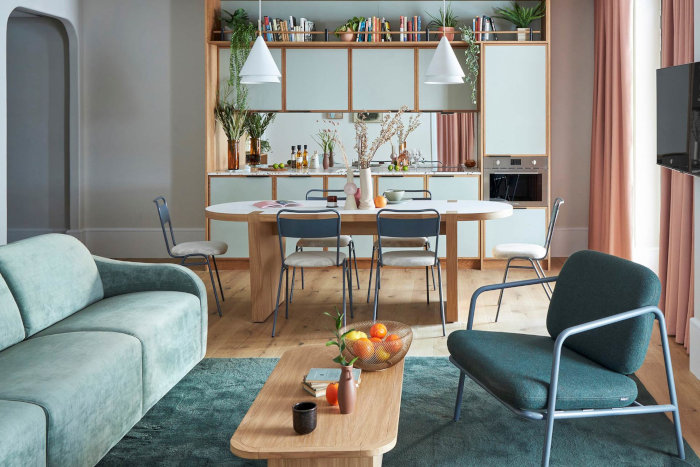 Locke’s journey now extends beyond the UK with two openings in Dublin in 2021 and more to come this year in Munich’s Sendling district and Berlin’s Friedrichshain district, near the East Side Gallery. ” Our expansion will continue in major European cities, including Lisbon and Copenhagen, and we recently announced the opening of our first location in Zurich, Switzerland, in the summer of 2023

,” notes Stephen McCall, who sees prospects for further development in Germany and Spain, in Barcelona and Madrid, as well as in Paris.

The French capital will see another representative of this contemporary long-stay accommodation appear in the fall, Zoku. Launched in 2016 in Amsterdam and appearing this year in Copenhagen and Vienna, this Dutch-born brand plays as much on the modularity of its loft-like studios – the bed takes up space on a mezzanine to leave the main space for living and working – as on lively common spaces with a bar and restaurant, a coworking space and an event venue. While Zoku Amsterdam had been recognized by Forbes as “one of the 25 coolest hotels in the world,” this innovative concept primarily focused on business travelers intends to expand its footprint beyond the French capital. ” The Zoku development team is always looking for new opportunities in Europe’s most creative capitals

,” says Marc Jongerius, co-founder and CEO of the brand. A brand that adds to its lifestyle spirit another aspect in the air of time: a sustainable bias. 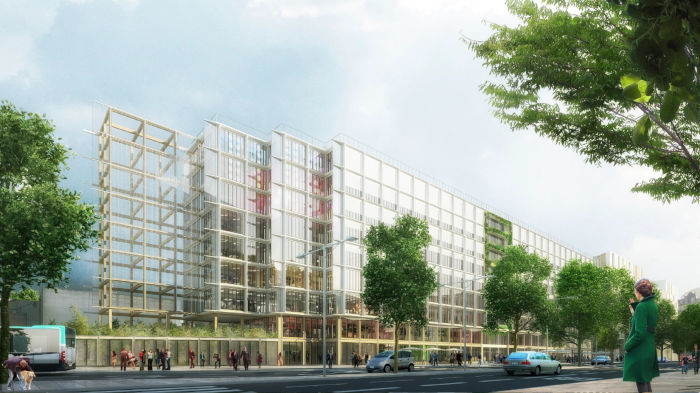