Continuation and end of the transformation of the Gare du Nord? 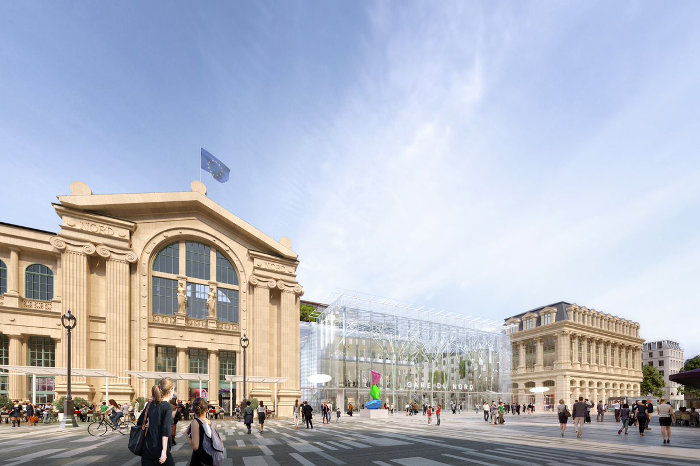 This was one of the major projects planned for the 2024 Olympic Games. The transformation of the Gare du Nord station will not happen after all. Or at least not right away, nor in the forms provided for in the concession contract awarded in February 2019 to Ceetrus, the real estate subsidiary of the Auchan group. SNCF Gares & Connexions announced yesterday that a decision ” will be taken very soon on the future of this concession

“. This is a polite way of saying that this project, the cost of which is slipping dangerously, is more than a little out of kilter…

” StatioNord (Editor’s note: joint venture formed by SNCF Gares & Connexions (34%) and the real estate company Ceetrus (66%) ) have been asked to account for this worrying development

“, declared the SNCF in a press release, with its subsidiary SNCF Gares & Connexions questioning its partner’s ability to complete this project, which was supposed to triple the size of what is already Europe’s largest station.

In addition to the overall cost of the project, which now stands at more than 1.5 billion euros, compared to the three times less initially forecast, this vast project could not, in any case, be completed in the time allotted to welcome the many visitors expected in the capital. Despite the initial delays, the reconfiguration of the cross-Channel terminal should be completed in September 2023, in time to welcome British fans during the Rugby World Cup, with the delivery of the new areas of the departures terminal scheduled for June 2024.

The metamorphosis of the station has already been through a series of setbacks and petitions, including appeals from local residents, protests from leading architects against the overly commercial nature of the project and an invitation from the Paris City Council to review the project. However, it seemed to be on the right track with the conclusion of a protocol in November 2020 between the SNCF, SNCF Gares & Connexions, SA Gare du Nord 2024 and the City of Paris, which gave the green light to the renovation of this key rail hub.

The abandonment of this project was welcomed by many political actors, particularly on the left, with Julien Bayou, the national secretary of EELV, tweeting ” Victory! ” on the occasion of this announcement. Still via Twitter, the mayor of the 10th arrondissement said she remains mobilized ” alongside the residents of #Paris10 to bring out a new project + sober and + ecological to modernize the #GareDuNord

Will it be done, will it not be done? The City of Paris, which stresses that it has long warned against these ” financial and calendar risks“, has invited ” not to postpone the modernisation and renovation of the station once again ” and intends to work with the SNCF in this direction. In its press release, it recalled that the 2024 Olympic Games deadline should remain a common objective for the implementation of

this modernisation. For its part, the government supports the idea of an alternative project.

Interviewed by BFM TV, Jean-Baptiste Djebbari, Minister of Transport, explained that he had asked the SNCF to rethink a much smaller project, of the order of 50 million euros, to meet the challenges of 2023 and 2024. ” The development of the Gare du Nord is a serious matter, as it is a station that is difficult to manage in terms of traffic flows,” he said. SNCF Gares & Connexions also made a point of recalling ” its commitment ” to ” making the renovated Gare du Nord a functional station that is able to welcome even more visitors with improved comfort. «

See also  US to open to international tourists in November

The Talise Spa at the Jumeirah Hotel Port Soller Mallorca