Check-in times are getting longer at German airports 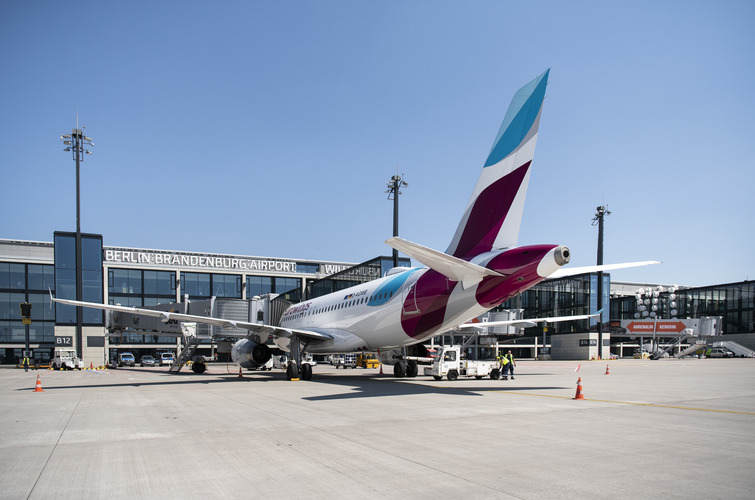 once again made the headlines on TV and in print in Germany last weekend. Europe’s most talked-about airport found itself at the centre of a new controversy last weekend.

The 12th of October marked the beginning of the autumn holidays in Germany and some passengers had to wait up to 4 hours to check in. Missing their plane. A situation that the local government deemed unacceptable, asking the airport authority to remedy.

This situation also occurred – to a lesser extent – in Frankfurt, the main Lufthansa hub. According to a Lufthansa spokesman, waiting times have increased, but without any major consequences.

It’s good to see that the air transport industry is finally getting back on track after a year and a half of bad weather. But it is facing new challenges. There are several factors that slow down the check-in of passengers and their passage from the public area to the sub-customs area,” explains Isabelle Polders, Director of Communications for the ADV, the German airport association. Passenger screening processes are slowed down by the verification of Covid-related formalities. In addition, airports are in a difficult financial situation. They have had to close parts of their terminals. While the companies in charge of passenger services have put some of their staff on short-time working. And they are having trouble hiring again at the moment,” she said.

The two stumbling blocks, according to the VTA, are passenger check-in and baggage delivery. “The problem is likely to continue for another two months,” says Isabelle Polders.

See also  A Inside Look at the First Black Travel Consumer and Trade Expo (U.S.)

Many will ask why digital technology does not come to the rescue of passengers. In particular by speeding up the pre-flight screening process. “We do it when it is possible. But in many countries, unfortunately, forms and checks on an application are not accepted as such…” says Lufthansa.

What solutions are available to passengers? The easiest way is to consult the airline’s reviews. In Berlin, which suffers most from undercapacity, both Luthansa and the FBB airport authority recommend that passengers arrive two hours in advance.

Lufthansa has also promised to provide additional facilities for peak periods such as the autumn holidays. For example, 18 additional check-in counters will be opened this weekend in Berlin. More staff will be on hand to assist passengers.

. “But there are no plans to open Terminal 2 for the time being, because the airport’s traffic does not justify it. We can absorb more than 70,000 passengers a day in Terminal 1″, justifies Hannes Stefan Hönemann, FBB’s director of communications.

In Munich, the airport has set up a waiting time calculator on its online site. On Friday 15 October, for example, it showed a time of between 0 and 15 minutes at the controls. “The airports are working on solutions with the German federal police to improve the flow of traffic at the airport”, says Isabelle Polders at the ADV. Who stresses at the same time that the traffic, in strong increase, represents however in volume only a little more than 50% of what it was in 2019.

The autumn holidays are only an epiphenomenon and normalization is likely from November. But the Christmas holidays are fast approaching and airlines are multiplying announcements of reopening. Permanent solutions are therefore needed.