Central Asia: a Novotel Living in Almaty, a Radisson in Tashkent 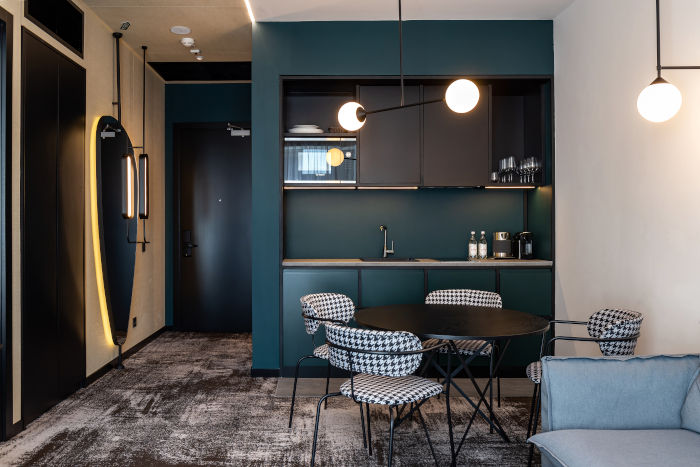 Accor is continuing to expand in Central Asia in Almaty with a long-stay Novotel Living hotel.

Business travelers to Central Asia will find several new addresses to stay at during their travels. Among them, a Novotel Living establishment has just opened its doors in Almaty. Its opening was announced at the end of last year with the opening of an ibis Almaty Jetisu in the former capital of Kazakhstan

. The long-stay dimension completes the offer of this bimarque hotel complex located on the site of one of the oldest hotels in Kazakhstan, Jetisu, which has been almost completely transformed and rebuilt.

Close to a metro station and the main attractions of the Central Asian city, Novotel Living Almaty Jetisu offers 55 apartments ranging from studios to three-bedrooms, all in addition to the 166 classic ibis rooms. All apartments have a kitchenette, soundproofed work space and a TV with Yandex Stations smart speakers. A technological dimension completed by the Alice voice assistant, which allows guests to control the temperature and lighting of the room, put on music, but also pull the integrated convertible bed.

While the ibis next door was done in a contemporary style by Urbon Design studio, the Novotel Living’s design was conceived by the Sundukovy Sisters, with an equally contemporary feel. The multi-functional lobby features shared services such as the Line Brew Reserve restaurant with a selection of beers from the hotel’s own brewery, as well as a fitness center and laundry service. For seminars, corporate events and banquets, the hotel also offers a 60 square meter meeting room.

See also  After Los Angeles, French bee will launch in Miami this winter

Another Central Asian metropolis, Tashkent, has seen the opening of a Radisson Individuals, Panarams Hotel Tashkent, the first member of this collection dedicated to independent hotels in the region. The capital of Uzbekistan has seen the Radisson group set up in the city center, in a new district that is home to several large embassies, as well as numerous bars and restaurants. Not far from one of the largest convention centers in Central Asia and about 15 minutes by car from the airport, the hotel offers 105 rooms and suites, a panoramic restaurant, a spa with swimming pool and sauna, as well as a 225 m² multi-purpose conference room and another room for smaller meetings