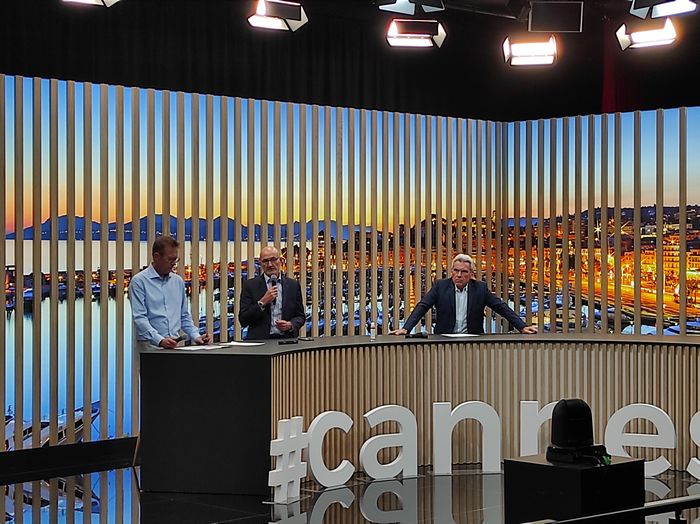 By inviting a group of journalists last September to the Palais des Festivals, the managers of Cannes’ MICE were keen to send a clear message: the destination is ready for the return of events. Even better: the time of pause and reflection imposed by the crisis has allowed to improve the Cannes offer, to come back stronger. ” Since the summer of 2020, we have developed a recovery plan to come out of this crisis better and more competitive “, assures Jean-Michel Arnaud, President of the Palais des Festivals and Congresses of Cannes. ” We have suffered a lot these last months, but Cannes has known how to bounce back, as always “, confirms the General Manager Didier Baudoin. ” There is a big schedule of activity for the end of the year and for 2022. We are not yet sure of the gauges, we don’t know if everyone will come back. It’s up to us to be intelligent, creative and better than before the crisis

,” he continues. This improvement will be achieved through a new infrastructure, the Hi5 Studio, which marks the entry of the famous palace into the hybrid era. Installed on the fifth floor, with a 120 m² stage, the newcomer has a capacity of 350 people.

The Palais des Festivals, which has also acquired a medical concierge service, is also preparing the future with new events. Two new events will be launched early next year: the World Artificial Intelligence Cannes Festival (WAICF) will be held from 10 to 12 February. Then from March 6 to 9, the Cannes International Resilience Forum will deal with the management of major risks, whether climatic, nuclear, health, security or IT

The competition is fierce between all destinations, we all need to find events

” Competition is fierce between all destinations, we all need to find events “, explains Régis Faure. He continues: ” The major organisers are currently reviewing their portfolios, which means that some trade fairs will probably disappear, it’s time for consolidation. So we decided to co-produce two events

The Marriott gets a makeover 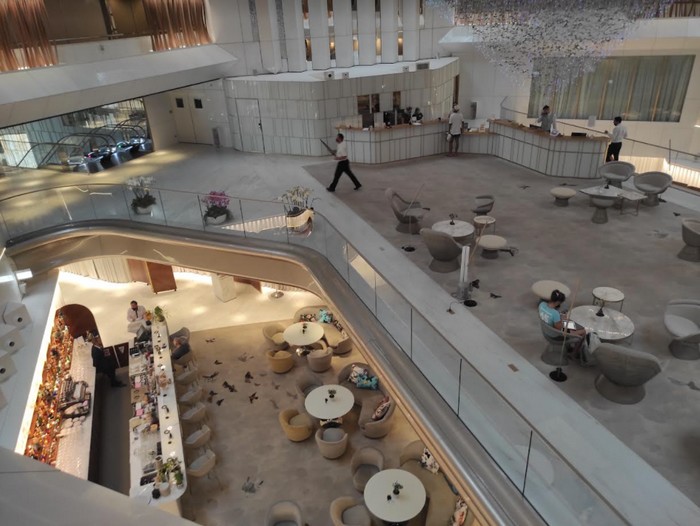 The renovation of the Marriott, completed in June, is estimated at 65 million euros

The Palais des Festivals is not the only actor of the Cannes MICE to have invested to prepare the future. The Marriott has given itself a vast makeover, which required 18 months of work and no less than 65 million euros of investment. This has resulted in the reorganisation of the entrance hall, now with a new staircase and a bridge to accommodate the reception. The rooms, initially excluded from the renovation plan, have finally benefited as well

i, given the health and tourism context… As for the mythical theatre, a vestige of the time when the Palais des Festivals occupied the site of the hotel, it has been preserved in its original state to keep all its former glory: an essential facility for plenary sessions for the large seminars that the Marriott Hotel regularly hosts.

More high-speed trains for DB in 2022