The title of first city in France – and seventh in the world – won by Lyon in the GDS Index 2021 (Global Destination Sustainability Index) could have marked the culmination of the efforts made by the destination on the long road to sustainable development. But this is not the case. On the contrary, Lyon’s officials are accelerating their efforts with the launch of the first ever responsible tourism development plan. Presented on Thursday in Paris, this plan is the result of a year’s work, bringing together all the players in the industry, and was finally voted unanimously in the midst of the health crisis. This five-year plan should enable the city to take a new “green” step in terms of tourism in the broad sense. The MICE dimension is therefore also concerned, especially since business tourism constitutes the majority of hotel nights in Lyon (65% according to 2019 figures). And that the new recognition enjoyed by the Lyon metropolis contributes to its attractiveness to event organizers, as evidenced by Hélène Dromain: ” The GDS index is used by event organizers to make their choice, and it can therefore help bring new conferences to our destination

,” assured Thursday the Vice President of the Metropolis of Lyon delegated to European and international cooperation and tourism.

We do not give lessons, we accompany the organizers by giving them the tools adapted to organize events in Lyon in a more responsible way

“In essence, an event is ephemeral, so there are real issues to work on,” said Virginie Carton. The new Director General of the Lyon Metropolitan Tourist Office continues: ” We have set up a “To do list” with the Convention Bureau. The idea is to show organizers that at each stage of the organization of their event, we have solutions to offer them in terms of transport, accommodation and catering. And we have identified all the service providers in Lyon who can provide solutions. We don’t give lessons, we support organizers by giving them the right tools to organize events in Lyon in a more responsible way 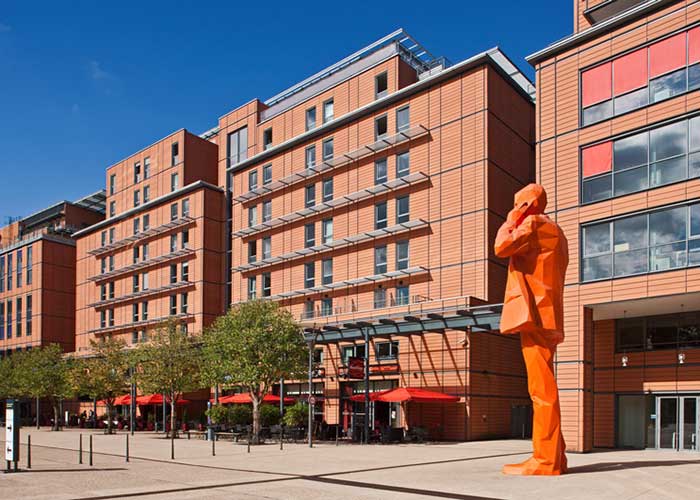 In addition, the responsible tourism development plan includes support for business tourism players – and more generally for all eligible players – in an environmental certification process. In concrete terms, the Metropolis of Lyon has earmarked a budget of 300,000 euros over two years to enable the Lyon industry to promote its sustainable efforts. ” For hotels, restaurants, org

e haveset up an eco-labeling program to help event organizers and host venues, through which we cover 80% of the certification costs,” says Virginie Carton.

While the health crisis has made the MICE market more competitive than ever – even if Lyon’s managers point to a higher than average resilience, with an occupancy rate of 50% in the hotel industry in 2021 – the city is confident that it will approach the future with a view to cooperation rather than competition with other destinations. And this is always with a view to better management of the environmental dossier. ” We are not in competition, there are many working meetings, cooperation in France and beyond, because we all ask the same questions. Our challenge is to move forward together,” says Virginie Carton. This teamwork could soon result in new tools for event organizers, who are still struggling to measure the environmental impact of their operations. ” We are working with Bordeaux, Marseille, Paris and many other destinations, in particular to find out how to measure performance, and to set up new indicators,” promises the Director General of the Lyon Metropolitan Tourist Office.