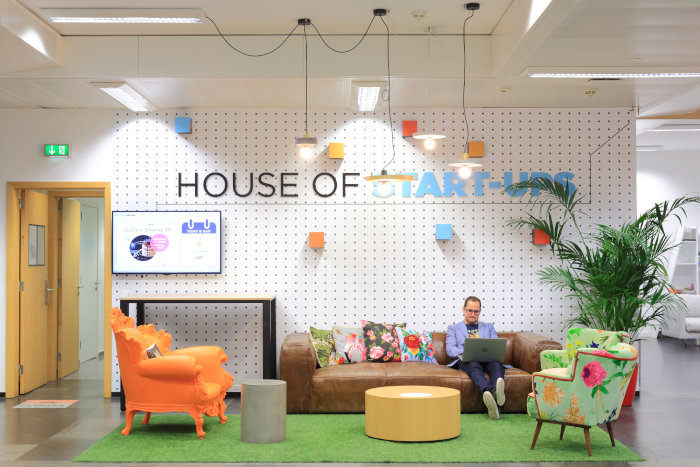 The House of Starups incubator, one of Luxembourg’s innovation players ©Ludovic MAISANT

In order to demonstrate the resilience of its economy and to move forward after the pandemic, Luxembourg is making the digital transition its main focus for recovery. A strategy that is in tune with the times, but above all one that looks to the future. Behind the traditional spearheads of innovation that are the Nordic countries – Sweden, followed by Finland and Denmark – Luxembourg is among the main innovators within the European Union. According to the latest edition of the European Innovation Scoreboard, published annually by the European Commission, the country ranks seventh, just behind Germany, but ahead of France, and on a par with its neighbours, Belgium and the Netherlands.

However, the country did not wait for innovation and digital technology to become crucial issues to lay the foundations for its future. The country began this shift at the end of the 1990s by focusing on knowledge and research. This ambition took shape in 2003 with the creation of the University of Luxembourg, which has since been regularly ranked among the best young universities in the world by the reference journal Times Higher Education 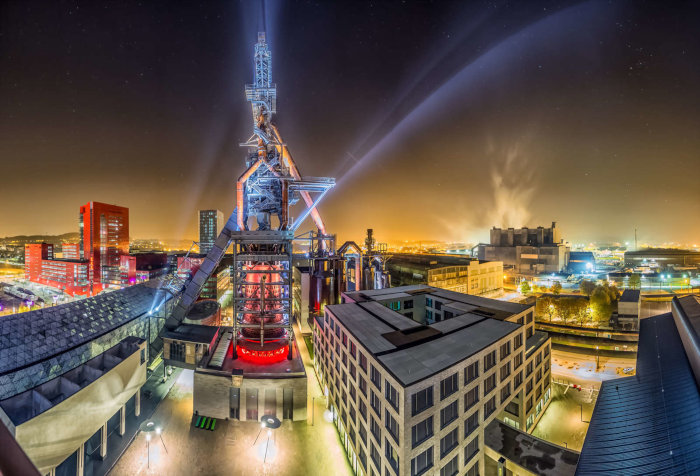 An entire district has been developed on former iron and steel sites in Esch-Belval, which today houses leading research institutions.

The result is there. According to the latest edition of the European Innovation Scoreboard, Luxembourg excels in several areas, such as the quality of its human resources, with a large number of doctoral students and a wealth of scientific publications. But even more than that, the country ranks first among the 27 members of the Union for the attractiveness of its research systems with, in particular, three specialised centres: two focused on biomedical research and life sciences and another on autonomous vehicles, space systems and the Internet of Things. An R&D spirit supported by the government through a National Research Fund, but which is just as evident in the private sector.

Here again, Luxembourg’s position in research and development is not new. Without even mentioning the flagships of its economy, the former Arbed which became ArcelorMittal and the telecommunications company SES, today the largest satellite operator in the world, the country has been home to

Goodyear’s only R&D center outside the U.S., now focused on high-tech tires. This leader in the tyre industry has brought in its wake other major players and inventive companies, such as the plastics giant DuPont de Nemours and the automotive supplier Delphi, which is working in Luxembourg on new-generation fuel injection, as well as Husky, an SME based in Dudelange that specialises in injection moulding and has a project for the factory of the future 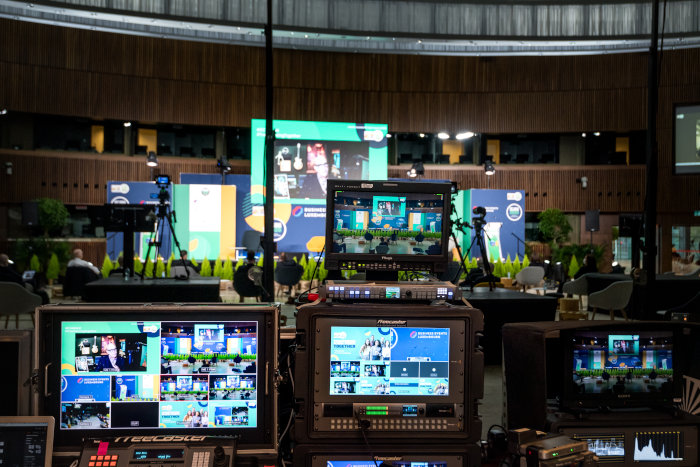 Thanks to the communication technologies offered at the European Convention Center Luxembourg (ECCL), Luxembourg was able to host the 59th Congress of the International Convention and Congress Association (ICCA) – European Regional Hub in 2020.

It is no coincidence that these companies have chosen Luxembourg as their home base for the future, as they are confident that it will provide them with an infrastructure conducive to their digital transformation. The country, while planning to implement ultra-secure communication solutions, is ranked third in Europe for the provision of digital public services to businesses. Furthermore, Luxembourg boasts almost complete coverage for fast fixed broadband networks and 72.1% fibre optic coverage. As a result, the country’s digitalisation is already at an advanced stage with 65% of people aged 16 to 74 having basic digital skills, compared to an EU average of 56%.

Organising a corporate event in Luxembourg is therefore the assurance of being in close contact with a multitude of players who are largely involved in the economy of tomorrow. Actors from different sectors that the experienced and professional team of Business Events Luxembourg will be able to bring together to guarantee the impact of the event.

The Accor Arena: a festive metamorphosis, but also business