British Airways is preparing a low-cost subsidiary at London-Gatwick 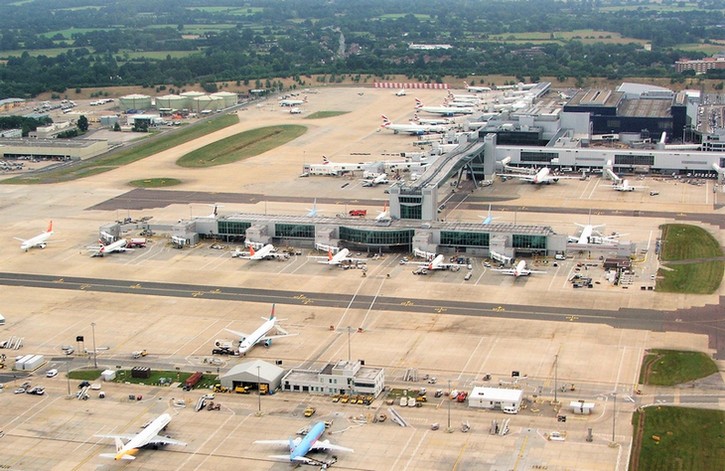 The return of British Airways to London Gatwick is scheduled with Euroflyer, a new low-cost subsidiary. A strategy of reconquest for the company historically present at the airport – here in 2009. (Photo: Luc Citrinot)

London Gatwick, the second airport of the British capital with more than 46 million passengers in 2019, has always been associated with the national airline British Airways

. Even if since the 2000s, the British carrier had gradually given ground to its low-cost rival easyJet, it remained a structuring element of the London hub. In 2019, British Airways accounted for an average of almost 18% of all seat capacity from Gatwick. This is the second most important airline behind easyJet, with around 43% of the market share in seats offered.

Before the pandemic, British Airways operated 57 destinations from Gatwick. In particular, a long-haul network focused on leisure destinations such as Florida, the Caribbean and the Indian Ocean, with a dozen destinations in total. In addition, there were short-haul routes with connections to all of Europe. These included other “sunny” destinations, notably around the Mediterranean.

The pandemic has taken its toll on British Airways’ business at Gatwick. According to an analysis by the airline consultant CAPA, the British national airline’s share of available seats had fallen to 5% by September 2021. This is a consequence of the consolidation of BA’s network at London Heathrow. It currently operates a sparse long-haul network from Gatwick, consisting of seven destinations. These include Antigua, Kingston, St Lucia and Montego Bay in the Caribbean as well as Mauritius. And with the reopening of the US, Orlando and Tampa since this November.

On the other hand, British Airways has made it clear that it does not wish to resume its routes between London-Gatwick and Europe in their current form, which are considered to be loss-making. Unless it applies a low-cost model.

Euroflyer for the summer 2022 season

BA has been negotiating with the airline unions for a year to create a low-cost subsidiary. The unions were extremely reluctant to the idea of this new company, which should take over all the British Airways European and short-haul routes at Gatwick. The company’s management had even indicated that it would abandon the project in the face of staff hostility.

In October, British Airways finally reached an agreement with a number of unions concerning the staff of the future airline. Further negotiations are underway.

A new step was taken on 11 November with the registration of the name of the future entity. BA Euroflyer should be able to start operations at Gatwick for the 2022 season. No details have been given as to the number of aircraft in the fleet and the proposed destinations. But it

It is likely that the company would start with leisure routes, especially around the Mediterranean. Marseille, Montpellier and Nice could be among its future routes.