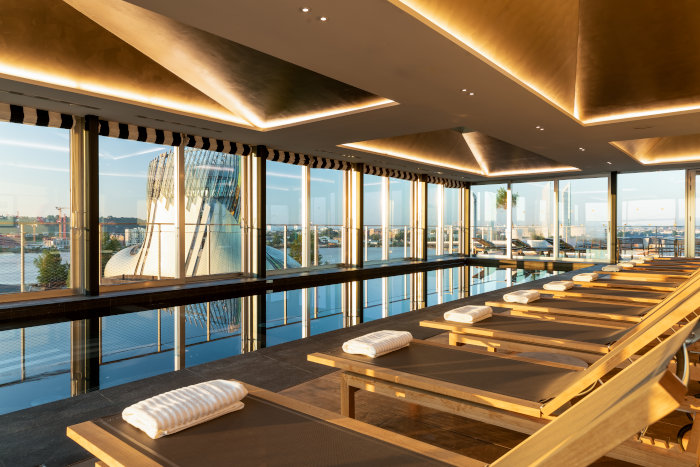 With the opening of a Renaissance (pictured here) and a Moxy, the Marriott group has enriched the hotel offer in Bordeaux.

Lifestyle and design with the Mama Shelter and Seekoo

, prestige with the InterContinental or, in a more intimate style, the Hôtel de Sèze and the Palais Gallien, more economical solutions or those dedicated to long stays: with more than 11,000 rooms and 210 hotels in Bordeaux, business travelers and participants in congresses and conferences will find all the accommodation they need to satisfy their expectations.

In addition to numerous independent hotels, the chain hotel industry is naturally well represented in the city. The Accor group has deployed its portfolio of brands in the Bordeaux Lac area and the exhibition center, as well as around the Mérignac airport with the recent arrival of its new Greet eco-friendly concept

, and in the city center with, among others, several Mercures, Adagios and the Mama Shelter.

The destination’s renewed attractiveness is accelerating the diversification and development of its hotel offer. Last year, a new five-star boutique hotel, the Villas Foch, opened in the city center. Also in 2021, the Euratlantique district and the area around the Saint-Jean train station saw the inauguration of a four-star design hotel in the former Bordeaux Institute of Zoology, appropriately named the Zoology, as well as a new-generation youth hostel from the German group Meininger

The Hilton Garden Inn, the American group’s first hotel in Bordeaux, symbolizes the recent attraction of major international groups to a destination with a world-renowned name. If the British company IHG was among the first to be seduced by the city with its prestigious InterContinental, supplemented by Holiday Inns in Pessac and in the Mérignac airport area, the internationalization of the hotel offer

Bordeaux will continue to grow over the next few years.

Other international brands expected in Bordeaux

The Sheraton brand is in the process of arriving right next to the airport with a 177-room hotel integrated into the 45e Parallèle business park. The complex, developed by Nexity, is expected to be completed by the end of 2022 and will combine accommodation, offices and a 1,757 square meter conference center with seminar, coworking and reception areas.

In the meantime, in June last year, the Marriott group, owner of the Sheration brand, already made a double move in Bordeaux by integrating two other of its brands – Renaissance and Moxy – on the Bassins à Flot side, at the foot of the Cité du Vin. A privileged location for digital economy companies that had already attracted the interest of the Radisson group, with a hotel opening in 2018, and more recently of the budget chain B&B Hotels.

In parallel to this booming area, Bordeaux’s historic business district, Meriadeck, which celebrated its 40th anniversary last year, has begun its rehabilitation. In this context, a lifestyle hotel from the Hyatt group, under the Joie de Vivre (JdV) brand, will make its French debut in the former Allianz offices, while a Hampton Inn by Hilton budget hotel has also been announced for Meriadeck in 2023. As for the Burdigala, long Bordeaux’s main upscale hotel nearby, it has closed in October 2021, auctioned off its furnishings and begun a renovation program under the leadership of interior designer Fabien Roque.

As new, trendy neighborhoods continue to evolve in the metropolis, concepts adapted to these locations are participating in this evolution. Thus, while an Eklo hotel has opened its doors in 2019 in the future eco-district of Bastide Niel, a MOB hotel, a lifestyle concept designed by Cyril Aouizerate in the company of Philippe Starck and Michel Reybier, is expected in 2023 in the Brazza district.

Travel to Greece in the Peloponnese