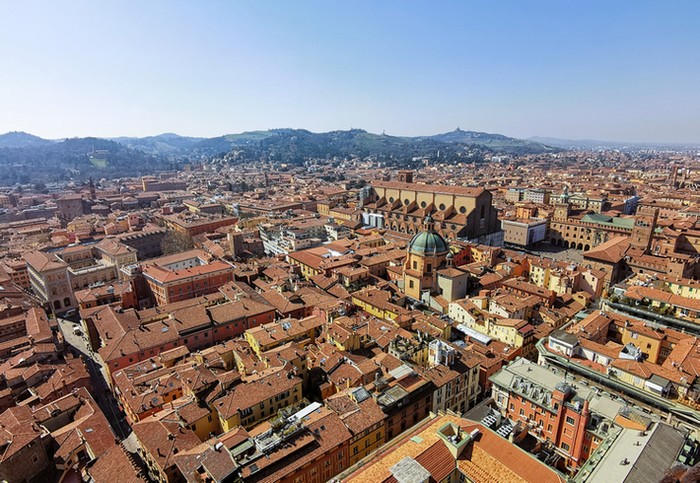 Bologna’s historic center is home to the majority of the city’s major hotels (Photo: Luc Citrinot)

Bologna’s tourism industry has flourished in the shadow of a deep-rooted certainty among many Italians and Europeans. That of being a city totally focused on the business world. This is not false. With its 390,000 inhabitants, Bologna is one of Italy’s major economic centers, with a dense network of companies in the food industry, machine tools, automobiles and publishing; a university center with 90,000 students; the Cineca center, a European leader in high performance computing (HPC). Not to mention the Fiera Bologna trade fairs and exhibitions.

All of this has made the capital of Emilia Romagna very attractive. In fact, according to surveys, the region ranks third or fourth in Italy for its GDP per capita.

But the Covid-19 crisis has accelerated a trend that the tourism authorities were already aware of: a decline in the business market. “For ten years we have been trying to promote Bologna, a business city par excellence, in a different way. For ten years we have been trying to position the city as a destination for urban tourism and especially for culture. We have succeeded in doing this because in 2019, travelers’ motivations were evenly divided between leisure and business”, says Patrik Romano, General Manager of Bologna Welcome, the municipal tourism agency.

Bologna’s ideal location in Italy, thirty minutes by train from Florence, one hour from Milan, one and a half hours from Venice and two hours from Rome, makes it a natural crossroads for business. “But this is also a weakness for the business market. With the high-speed train network, business travelers now make a one-day return trip to Bologna. In addition, the trend in the trade fair sector is to reduce the number of days of activity. All this has a negative impact on Bologna’s hotel and service industry,” says Patrik Romano.

Hence the 360-degree turn. “It was important to conquer individual leisure tourists. This helped to balance the hotel occupancy rate, to win over domestic customers who still saw us as a business city. And to make us one of the most popular secondary cities in Europe. Here again, the relative lack of notoriety compared to cities like Florence or Venice is a factor of curiosity for many Europeans,” says the Director of Bologna Welcome.

See also  Gulf companies benefit from the reopening of Australia

Last year, Bologna was declared a UNESCO World Heritage Site for its hundreds of arcades that punctuate the city, which has helped consolidate the city’s cultural image. The tourist office is now working to better publicize its museum and film heritage internationally. 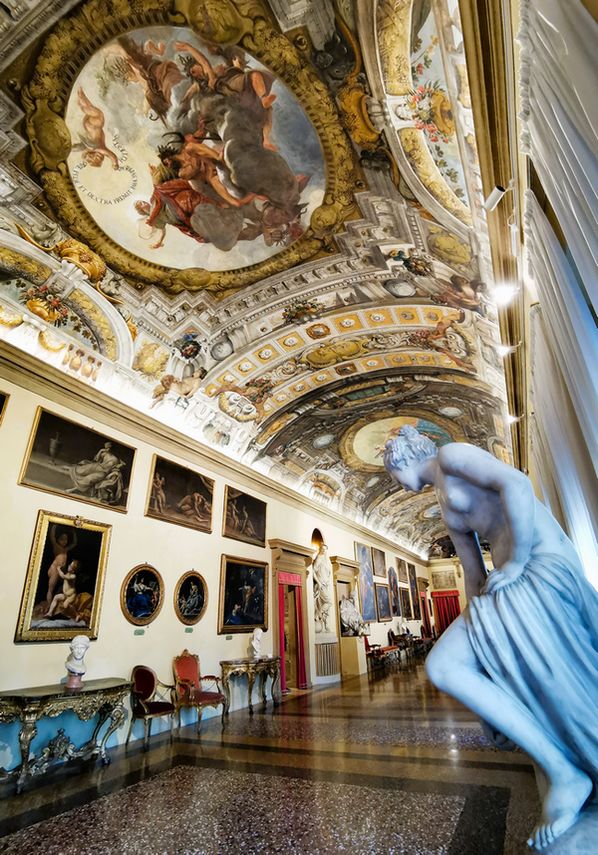 Gastronomy is another strong point of the capital of Emilia Romagna. It was in Bologna that gnocchi, tortellini, tagliatelle in sauce or mortadella were created. The famous spaghetti with Bolognese sauce, on the other hand, is completely unknown here… or despised!

All these elements have allowed Bologna to absorb the covid pandemic relatively well. “We have managed to turn the tourism situation around in 2021 even though covid has of course left its mark. But last September, October and November, our hotels returned to occupancy rates comparable to 2019. And 2022 looks good for the moment,” says Patrik Romano.

The hotel stock has been extensively renovated in recent years, offering some 13,500 rooms. A relatively small percentage of these are affiliated with an international chain – in fact, half a dozen, including AC by Marriott, Best Western, Holiday Inn, Mercure or NH. “We have a good number of four-star+ properties and one five-star, the Grand Hotel Majestic. We probably need another five-star hotel with a large capacity for conventions,” acknowledges Patrik Romano.

It is unlikely that an inflation of new hotels will come to Bologna in the next few years. “In fact, we have reached an ideal ceiling for tourism: 5 million overnight stays for about 2.5 million visitors per year. We don’t need much more than that,” says Patrik Romano. “Especially since our visitors appreciate our way of life, the authenticity of the city, the feeling of safety and well-being in the city. This is precious 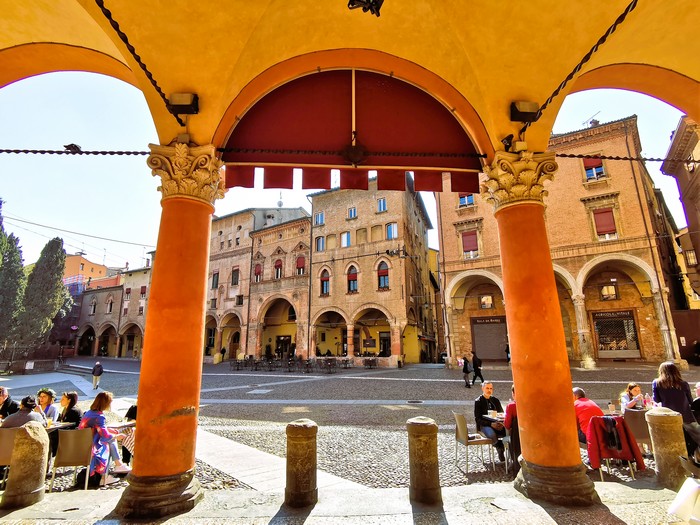 Bologna’s dolce vita under the arcades of the Corte Isolani (Photo: Luc Citrinot)

Lovers of charming hotels will prefer I Portici Hotel (via Indipendenza 69 – Tel: +39 051 42185- www.iporticihotel.com) and Hotel Corona d’Oro (via Oberdan 12 – Tel: +39 051 7457611 – www.hco.it), historic hotels with a very Italian atmosphere, both of which are rated 4 stars+. They are located between the train station and Piazza Maggiore, the historic center of Bologna.

(Piazza Maggiore dominated by the medieval towers, the Mercato di Mezzo and the Hotel I Portici – Photos: LC)

On the go and delicious, the food court set up in the Mercato di Mezzo in the historic heart of the city. An offer of restaurants and sales counters. A charming osteria under medieval arcades, the “Osteria Buca Delle Campane” (www.bucadellecampane.it). I Portici Hotel has the only Michelin starred restaurant in Bologna. Reservations are required (ristorante@iporticihotel.com). Finally, pastry and chocolate lovers will enjoy the Caffe Letterario of master pastry chef and chocolatier Sebastiano Caridi (https://www.sebastianocaridi.it).

See also  The Urban Collëctif: the mobility of the future according to Accor, Citroën and JCDecaux

Welcome Bologna has a very complete website about the city and also sells the Welcome Bologna Card which gives many advantages. Most museums and places of interest can be booked online. https://www.bolognawelcome.com/fr

The website of the Italian tourist office offers a lot of information at https://www.italia.it/en.