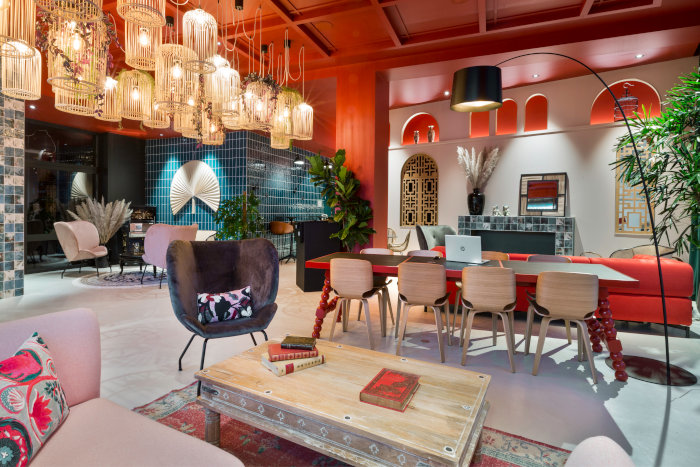 Among the 24 hotels to join the Best Western network in 2021, lifestyle brand Aiden has set up shop in Lorient.

Like all hotel players, Best Western’s French network continued to feel the impact of the health crisis in 2021, while seeing an encouraging recovery in business. The reservation center thus recorded a 51% increase in revenue compared to 2020, average prices that are only slightly down by 4% compared to 2019 and, even, better performance than the pre-covid year for its website.

While the Ile-de-France region and, more generally, France’s major cities have continued to be impacted, secondary cities such as coastal areas and leisure destinations have had a much more positive year. Another business segment that is clearly regaining its form is seminars, with revenues up 34% compared to 2020, despite the first five months of the year when demand was still very weak. But as soon as the restrictions were lifted, we saw this market explode,” says Olivier Cohn, general manager of Best Western France. The establishments could have had a double or triple capacity, their rooms would have been filled

“. On the other hand, as far as corporate customers are concerned, the improvement is more measured (+13%) with, on the one hand, a clear recovery in travel for small and medium-sized companies and a more timid recovery for large companies.

While leisure should continue to drive hotel activity this year, Best Western is beginning to see a resurgence in the corporate market, pending the return of international travelers. But the horizon is gradually clearing after two difficult years: “The rise of establishments for the next few months is very solid, above the pick ups seen in 2019

” We have seen extremely dynamic development of our network, with a number of cities added to our network, including Menton, Nice and Thionville,” says Quentin Vandevyver, president of the network in France. 24 new hotels

have joined the network, including five Best Westerns, including the one in Bordeaux Sud, and six Best Western Plus hotels, notably in Roissy, near the Le Havre train station, in Bois Guillaume, near Rouen, and in Loches. The maThe lifestyle brand Aiden saw two new developments in Clermont-Ferrand and Lorient, while the budget brand Sure, launched three years ago, continued to expand in France with four openings near Dieppe, Lille, Montauban and in Plaisir, near Paris. As for the upscale BW Signature and BW Premier Collection brands, their development has been focused on the Côte d’Azur, a region where two upscale hotels affiliated with Worldhotels, a voluntary chain with a strong business focus that Best Western will acquire in 2019, will appear next year.

With 25 properties approved by the board of directors in 2021, Best Western’s development in France should continue at the same pace in the future. So much so that, for the first time, the hotelier is pleased to announce a network size target, set at 400 establishments within four years. That’s a net addition of 25 establishments per year,” says Olivier Cohn. Our pipeline is very strong, and our brands allow us to play in all segments, from budget to high- end.

These ambitions are part of the new 2022-2025 strategic vision presented by Best Western. ” Every three years, we analyze the past, the evolution of consumer expectations, and what the competition is doing in order to define the direction the network should take,” explains Quentin Vandevyver. Called “Towards the hotel industry of the future,” this vision follows three guidelines, starting with strengthening the group’s power, notably by increasing the brand’s contribution to 40% of hotel revenues – compared with 30% today – or by doubling the production of the reservation site. As part of this distribution, Best Western plans to digitalize its B2B marketing with the launch of a platform for seminar and leisure groups. Expected soon, it will allow them to select establishments according to their needs in rooms and meeting rooms and to send requests to hotels, all the way to the payment of the event.

The enrichment of the customer experience is another of the major orientations of this new strategy, which also has a digital component through dematerialized check-in/check-out, the deployment of digital keys in a number of establishments, or the expansion of payment methods that can be used by customers. But while Best Western launched its MyWo brand last year, coworking is also part of this enhanced experience. While some 60 hotels already have spaces dedicated to hybrid work, the clearly stated goal is to have the entire network offering it by the end of the year. We have two years to take a share of this market, which is in the process of being structured,” notes Olivier Cohn. We are convinced that the hotel industry must be a major player in this field.

Also in line with the times, the last axis of the new strategy concerns sustainable development and the group’s social commitment, the objective being to make Best Western France a company with a mission in the long term. In this context, in addition to strengthening the CSR policy and emphasizing initial training, this policy involves a number of commitments, such as the Green Key certification of 75% of the network by 2025, compared with 60 hotels already certified today. As of this year, some 60 new establishments should be certified. Other initiatives include a move towards zero plastic and 30% of parking spaces equipped with recharging stations.

The Best Western network in figures

See also  Gulf companies benefit from the reopening of Australia

Shein’s opinion: I placed an order!

An Eco-Journey in Tulum, Mexico