Asian hubs in disarray in 2021 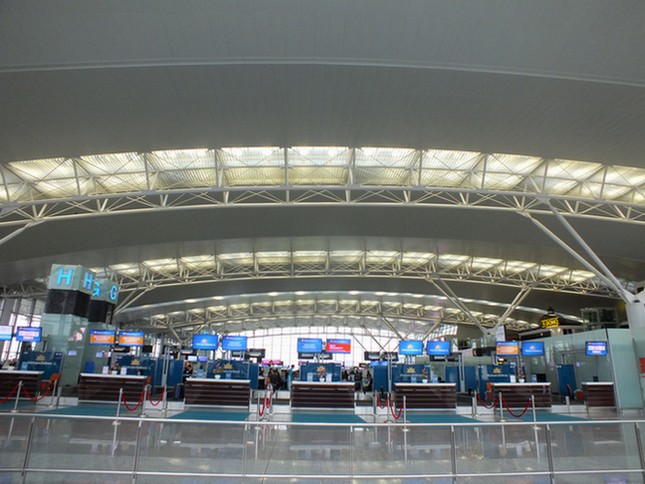 We console ourselves as we can. Recently, Channel News Asia was praising Singapore Changi

Airport. It must be said that CNA is an emanation of the Singaporean government. It is therefore quite appropriate that the channel supports an institution like Changi. CNA headlined that the “zero covid” policy as practiced by the eternal competitor Hong Kong was an opportunity for Singapore to become THE major international hub in Asia.

That’s not entirely untrue, but Singapore’s performance in 2021 is nothing to brag about. Changi welcomed 3.05 million passengers in 2021 compared to 68.3 million passengers in 2019. Its traffic is thus 95.5% lower than before the Covid crisis. This is worse than the average for airports in the area. The association of airports in Asia Pacific – ACI Asia Pacific – gave indeed at the end of November a passenger traffic down 61.7% compared to 2019.

Nevertheless, Changi’s results seem almost miraculous compared to other airports in the region. At Bangkok Suvarnabhumi, for the year 2021, passenger traffic reached 5.66 million, a decrease of 66.5% over 2020. But if we refer to international traffic alone, the drop is abysmal. The Thai airport welcomed only 1.31 million international passengers last year. This represents a decrease of 86.7% compared to 2020, a year already shaken by the pandemic.

Kuala Lumpur did not do much better: the Malaysian capital’s airport welcomed just over 4 million passengers, down 69.5%. And if we look only at international traffic, KLIA welcomed 1.32 million passengers (-83.9%). This is unique in the annals of air transport: Kuala Lumpur has thus overtaken Bangkok in international traffic. More surprisingly, KLIA’s performance was only slightly below that of Hong Kong airport. The Cathay Pacific hub is effectively paying the price of the Chinese government’s “Zero Covid” policy

See also  With its new trains, Thalys is confident of its ability to bounce back

the results reported by some airports in the region, we see that Asian airports have recorded the worst performance in the world. Osaka Kansai welcomed 3.05 million passengers in 2021 (-53%), Seoul-Incheon 3.19 million (-73.3%) and Phnom Penh 0.25 million (-81%). The worst may be Siem Reap airport also in Cambodia. In 2021, it will have only 2,000 passengers, compared to more than four million before the crisis.

t, the closure of the borders has not only devastated local air traffic but also weakened the role of all these airports as hubs. In 2021, passengers who had to travel to Asia favored the Middle East. Doha, Dubai and Istanbul have largely retained their important coverage of Asia.

While some European airports have also been able to offer flights to some major destinations. These include Paris CDG, Frankfurt and Helsinki, the European hub specialized in Europe-Asia connections. Bangkok, Bombay, Hanoi, Ho Chi Minh City, Seoul or Singapore should be among them with the easing of entry requirements for foreign travelers.