Anantara officially sets up its luxury offering in Budapest and Rome 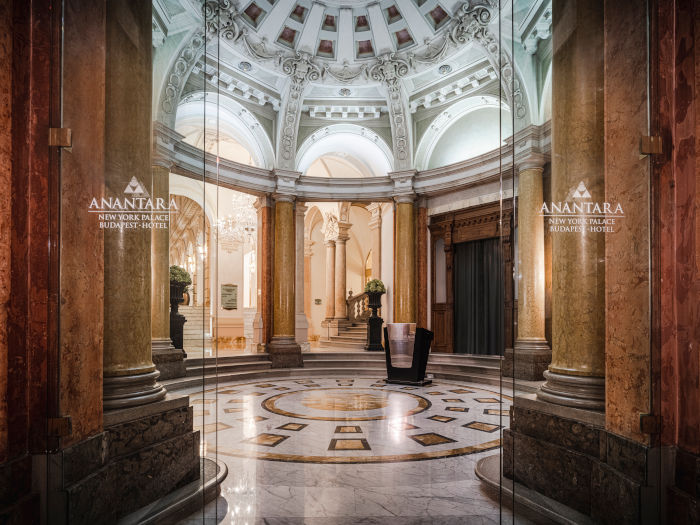 The Anantara brand has made its debut in Budapest, as well as in Rome. Nice and Amesterdam are in the pipeline.

Anantara has just added two major European cities to its offer: Budapest and Rome. Owned by the Thai group Minor, this luxury brand originally positioned on resorts is extending its urban dimension by setting out to conquer Europe, an expansion made possible by the acquisition of the Spanish group NH Hotels by Minor. The new group, formed in 2018, saw the opportunity to make Anantara its axis of development in the luxury segment

in parallel with the high-end NH Collection brand.

This expansion had already begun some time ago, with the takeover of the Marker in Dublin but also the taking over of a portfolio of eight establishments

formerly managed by the Boscolo group. Some of these properties have been rebranded under the NH Collection brand, such as the Carlo IV Hotel in Prague, while others have been added to the luxury brand of Asian origin. 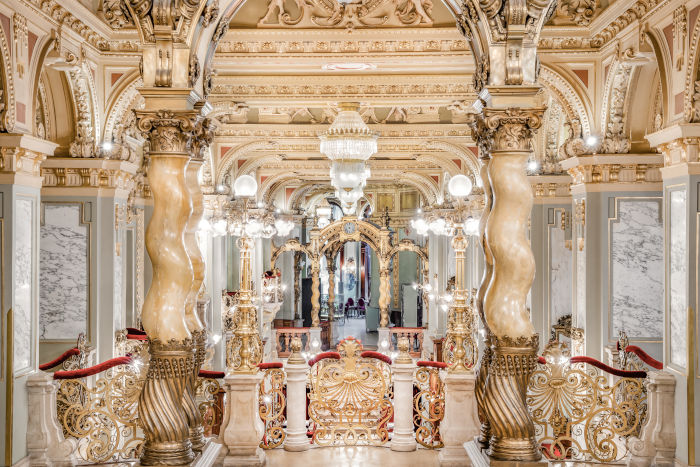 Thus, for a few days now, the Anantara brand has officially been flying over the Palazzo Naiadi in Rome and the New York Palace in Budapest. Two hotels that already offer the excellence of the service proposed by the Asian brand and its sense of upscale hospitality, but whose offer is still in transition for a few months. In Budapest, the first stage of the renovation of the New York Palace will be completed in spring 2022, at which time the hotel will have its 185 rooms and suites completely renovated and decorated with works of art and antiques. Also nearing completion is a signature spa where Anantara’s Thai roots will combine with Budapest’s thermal heritage, as well as an upscale Hungarian cuisine restaurant, White Salon, which will join the four existing dining options.

Located in the heart of Budapest, on Erzsébet Krt Boulevard, the prestigious historic building that houses the hotel was built in 1894 and blends eclectic influences in its architecture – Renaissance, Baroque and Gothic as well as Art Nouveau. The place was for a long time the meeting point of the intellectual sphere of the Hungarian capital.

The hotel was originally built in the 19th century and is now dedicated to corporate meetings and chic events, with a ballroom that can accommodate up to 550 guests and a meeting space that can accommodate a total of 1,200 people, all decorated in a Renaissance style by Italian architect Massimo Iosa Ghini.

,” commented Dillip Rajakarier, CEO of Minor Hotels, Anantara’s parent company. In Rome, the Palazzo Naiadi, which has also just officially joined the brand’s portfolio of some 40 properties worldwide, is another major step in this strategy. This Leading Hotels of the World member located in the Piazza della Repubblica is distinguished not only by its architect or the possession of many original objects commissioned by Pope Clement XI for the Vatican, but also by one of the largest roof terraces in the Eternal City. 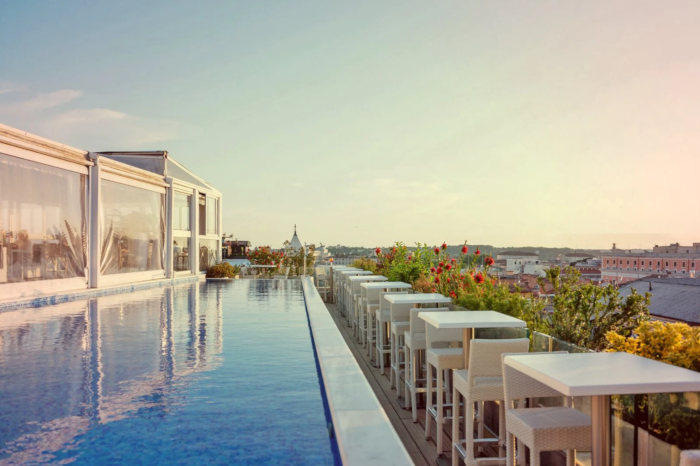 Rooftop of the Palazzo Naiadi in Rome.

The hotel is also in transition and will introduce the full range of traditional Anantara experiences in the coming months, including a new bar with Art Nouveau décor, an Anantara spa on the top floor of the hotel and a fitness center. The renovation of the common areas, which will begin next January and continue through 2022, will also restore the elegance of the venue.

The Anantara Palazzo Naiadi now has 238 rooms and suites, including 11 duplex suites overlooking Piazza della Repubblica, three executive suites with terrace and two presidential suites. On the restaurant side, the hotel offers five indoor and outdoor restaurants, making the hotel one of the most sought-after places for fine dining.

These two latest developments are the first of many for the luxury brand, notably in France with the ongoing transformation of the Plaza Hotel in Nice, scheduled to open in mid-May 2022. Another opening expected early next year is the announced transition of one of the flagships of the NH Collection to the Anantara brand, the Grand Hotel Krasnapolski in Amsterdam.