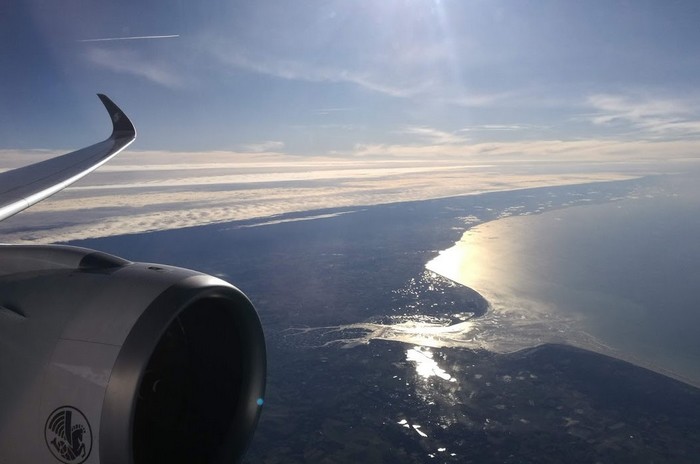 Air France seems to be drawing a line under the two years of the pandemic. With nearly 200 destinations served in the middle of the summer,

On the long-haul network, Air France’s activity will be driven by dynamic demand in North America, Africa, the Caribbean and the Indian Ocean.

A shuttle between Paris CDG and New York-JFK

To and from the United States

, Air France will operate nearly 200 weekly flights to 14 destinations, 20% more than in summer 2019. Suspended since the beginning of the crisis, service to New York-JFK from Paris-Orly reopened on March 27, in addition to the offer from Paris-Charles de Gaulle. In total, up to seven daily flights will be offered this summer between the two cities.

See also  Chalucet, Montéty, Pipady: the harbour of the future is being built in Toulon

Air France is also strengthening its services to Canada, with a 25% increase in capacity this summer compared to the pre-crisis level. It will thus become the leading European airline in terms of capacity between Europe and Canada and will open a direct route between Paris-Charles de Gaulle and Quebec on 17 May 2022.

to its pre-crisis levels of activity thanks to the addition of frequencies on numerous destinations. Abidjan

(Ivory Coast) will be linked to Paris-Charles de Gaulle by two daily flights and seasonal flights to Zanzibar (Tanzania) and Banjul (Gambia) will be extended during the summer.

It is still in Asia that traffic remains below what it was before the Covid crisis. While Air France is maintaining almost all its destinations, these are benefiting from a reduced number of flights. The flight schedule to India (Delhi, Bombay, <a href=”https://www.voyages

-d-affaires.com/bangalore-garden-city-en-sur-boom-20121215.html” target=”_blank” rel=”noopener”>Bangalore and Chennai) will be densified to accompany the reopening of the country to international flights effective March 27, 2022.

Short and medium-haul: strengthening the leisure offer in the heart of summer

On the short and medium-haul network, Air France is pursuing its strategy of redeployment towards leisure destinations. It will thus offer capacity similar to the pre-crisis level in July and August, with the opening this summer of 23 seasonal routes from Paris-Charles de Gaulle. These include three new routes: Zakynthos in Greece, Tirana and Tenerife.

At Paris-Orly, new routes will be offered throughout the summer to Algiers (3 flights a day, subject to the country’s reopening conditions) and Tunis (1 flight a day as of May 29), in addition to the flights from Charles de Gaulle. Connections to Ibiza, Palma de Mallorca and Bari, already offered in 2021, will be renewed with additional frequencies. In total, 78 European destinations will benefit from flights to CDG or Orly. There are also 17 domestic routes.

See also  What to visit in Nantes ? Guide to my must-sees -

Finally, Air France will be offering 47 summer routes from the French regions. The airports of Marseille and Nicewill each be opening two new routes in July. Santorini and Tunis from Marseille and Heraklion and London Heathrow from Nice. Corsica will benefit from summer routes from Bordeaux, Caen, Clermont-Ferrand, Lille, Lyon, Nantes, Paris-Charles de Gaulle, Paris Orly, Pau, Rennes and Strasbourg.

Transavia will operate on the domestic network from Paris-Orly to Brest, Biarritz, Montpellier, Perpignan, Pau and Toulon.