Air France and European airports more than ever on sustainable aviation 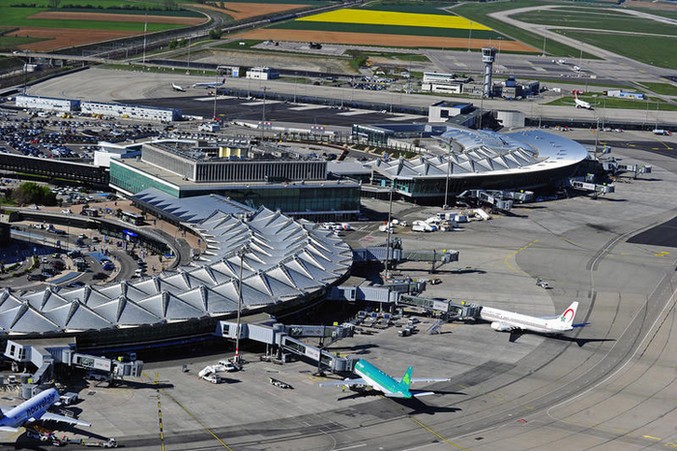 View of Lyon-Saint-Exupéry Airport. (Photo: Lyon Airport-VINCI) As part of

The flights used innovative technologies, fuels and air navigation procedures to minimize their carbon emissions, demonstrating the potential for transforming the environmental impact of the aviation industry. The flights – from Amsterdam, Barcelona, Bucharest, Frankfurt and Lisbon – were operated within a framework of measures to reduce this impact. They demonstrated what measures are being put in place to make air transport more sustainable.

By taking advantage of the airspace normally reserved for the military and by having more efficient approaches to airports, new routes have been created. These measures improved the trajectories and descents in the airspace on approach to Lyon. In this way, the five flights achieved a more optimal trajectory to minimize fuel consumption and thus reduce emissions. These results were made possible thanks to the cooperation between Eurocontrol, the air navigation services of eleven countries and the respective national military authorities, in partnership with the Albatross project.

The airlines, including Air France

, easyJet, KLM, Lufthansa, Transavia and Vueling, each applied a 30% increase in the use of biofuel on this total of ten flights from Lyon. Such a result reduces CO2 emissions by 27% per flight compared to the use of conventional fuel.

According to environmental experts, the increased use of SAF is the most effective way to decarbonize aviation over the next few decades, until newer technologies, such as hydrogen, become available. The major problem, however, remains too little production and therefore very high prices for SAF acquisition. Incentives are needed to encourage production and close the price gap between SAF and conventional kerosene.

See also  A giant in the making in the South American sky?

This is what the VINCI Airports Group, which manages Lyon airport, is doing, for example. The airport is an exemplary part of the group’s environmental strategy, having already achieved carbon neutrality with offsetting in 2017 as part of the Airport Carbon Accreditation. Lyon is now on track to become the first commercial airport in France to achieve net zero CO2 by 2026. Lyon has also been selected as a pilot airport for

VINCI Airports to use hydrogen and welcome hydrogen-powered aircraft as of 2023. The project is conducted in partnership with Airbus and Air Liquide.

All these initiatives aim to achieve the EU’s climate target of zero net carbon emissions by 2050. The European aviation industry is committed to this roadmap, but to make today’s exceptional measures possible on a larger scale, it is calling for stronger political support.

In the near future (around 2030), new technologies are expected to enter the market. They need to be fully supported by funding programs at EU and Member State level to stimulate the development and deployment of new technologies and their procedures.

National governments must fully implement the Single European Sky. This translates, for example, into the deployment of measures such as cross-border free-flight airspace (allowing aircraft to freely plan a more direct route between defined entry and exit points). Or the flexible use of airspace (allowing for a switch from military to civilian use at short notice).

A single emissions trading and offsetting system will avoid carbon leakage and double counting of emissions. It justifies the usefulness of an ambitious global measure, CORSIA (Carbon Offsetting and Reduction Scheme for International Aviation), set up by ICAO.

See also  Jumeirah: Dubai as a home port, luxury as an ambition

CORSIA is market-based, across all sectors. It represents a comprehensive approach that moves away from a patchwork of national or regional regulatory initiatives. It provides a harmonized means of reducing emissions from international aviation, minimizing market distortions, while respecting the particular circumstances and respective capabilities of ICAO member states. As of January 1, 102 countries have announced their participation in this new measure. Other countries are expected to join CORSIA on January 1, 2023.

Air France-KLM as a model for more virtuous air transport

Air France-KLM, which took part in Connecting Europe Days, also presented its ” Destination Sustainability ” report. This program highlights the airline group’s ambitions in terms of corporate social responsibility (CSR). It is essentially based on the environment and the challenges posed by the climate emergency, as well as the human factor.

In a context that remains troubled, Air France-KLM intends to strengthen its commitment to more sustainable air transport. To do so, it is relying on a scientific approach and rigorous criteria validated by the independent reference organization SBTi.

Beyond the commitment to achieve zero net CO2 emissions by 2050, Air France-KLM aims to reduce its emissions per passenger-km by 30% compared to 2019. The Group is also committed to using a minimum of 10% SAF by 2030, well beyond the regulatory mandate envisaged under the “Refuel EU” initiative for flights departing from Europe.

Social and societal responsibility is the second pillar of the Destination Sustainability strategy. With more than 71,000 employees, the Air France-KLM Group is a leading employer, determined to encourage an ever more inclusive culture and to fight against all forms of discrimination and inequality in the workplace. This commitment is strongly illustrated by the issue of gender equality. One third of the positions on the Group’s Executive Committee must be held by women, and women must represent 40% of management positions by 2030.

“In 2021, the Air France-KLM Group has been able to count on its 71,000 employees and their unfailing commitment. The report we are publishing today is the result of their actions and efforts to position our Group at the forefront of an industry that is reinventing itself. Our Destination Sustainability program embodies our determination to position ourselves as a leader in sustainable aviation,” said Benjamin Smith, CEO of the Air France-KLM Group.

10 unusual activities to do in New York –