Air France and Lufthansa are seriously interested in the Italian ITA 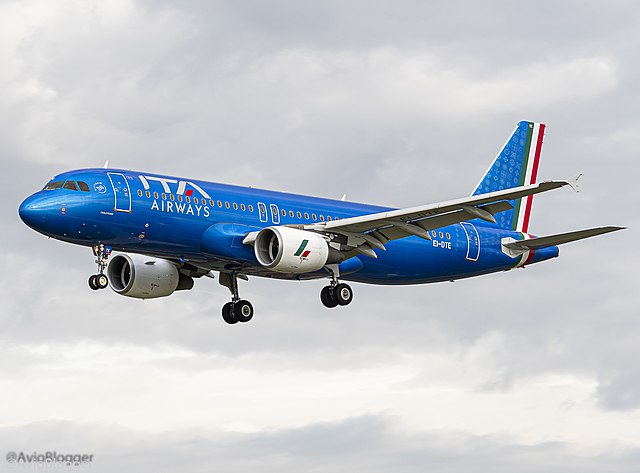 For the past two weeks, the Italian press has been buzzing with rumors about a future partner for the Italian national airline ITA. The latter, born from the ashes of the former Alitalia, took off in October. But it knows from the outset that it has little chance of surviving on its own in a highly competitive domestic and European market.

ITA in search of partners

The “new” Alitalia thus seems to be looking for a solid alliance. This is confirmed by the executive chairman of ITA Airways, Alfredo Altavilla: “It is necessary to integrate ITA into an alliance on equal terms, unlike what existed in the past. It must be a long-term industrial solution that guarantees growth and positive economic results.

“We are perceived by those who propose us as the most competitive airline in terms of base costs in Europe today, we are flexible by definition and we have a fleet and a network whose size lends itself very easily to integration into a larger entity. This is what makes us particularly attractive,” he explained in an interview with the daily Today Economia.

A little more than a month after its christening, ITA had already chosen to cooperate with the Skyteam alliance, as Alitalia had done in its time. This agreement is only valid for one year. And it is mainly based on the joint venture on the North Atlantic. Which includes Virgin Atlantic.

ITA is looking for a solid partner and investor. And the names that are circulating about a potential partner mention both Air France and Lufthansa. Delta Air Lines was mentioned for some time, but it has officially denied wanting to enter the capital of the Italian company.

See also  ASL reopens its lines between France and Algeria

According to information from the daily Corriere della Sera, Air France currently has a slight advantage over Lufthansa with Italian politicians. The French company is a long-standing partner. There are obviously more cultural affinities between Italians and French than with Germans. For its part, Air France is particularly interested in the Milan hub, with its potential for business traffic.

French-Italian industrial sources have told Corriere della Sera that Paris is studying a “creative” way to enter the capital of Ita Airways. Provided that negotiations with the new Italian company are concluded with an agreement.

In addition, it seems that the departure of Pieter Elbers in 2023 would remove a major obstacle. Corriere reveals that the current CEO of KLM is very much opposed to an increase in the capital of Ita Airways.Air France-KLM in ITA. As it was in its time in Alitalia.

For its part, the Lufthansa group has already indicated that it wants to take up to 40% of ITA’s capital. The German company argues that it offers unparalleled solidity. Questioned by Corriere della Sera, a spokesperson said that Lufthansa is “available for a partnership with Ita Airways”. According to the company, Lufthansa would first conclude a commercial alliance before entering the Italian carrier’s shareholding in a few years. ITA would keep its identity in the same way as Austrian Airlines or Swiss are today.

ITA has already announced its roadmap to attract potential investors. According to company executives, on January 31, ITA’s board of directors is expected to approve a revised industrial plan. It will include an update of the figures and scenarios, especially due to the Omicron variant. In early February, ITA may open a “virtual data room” for potential partners to evaluate the carrier.

But a final decision will likely have to wait until 2023. After all, there will be elections in Italy that year. And a new government could put everything back on track.

The 10 most romantic hotels for a getaway