Air Austral: Airbus A220 and an agreement with Corsair 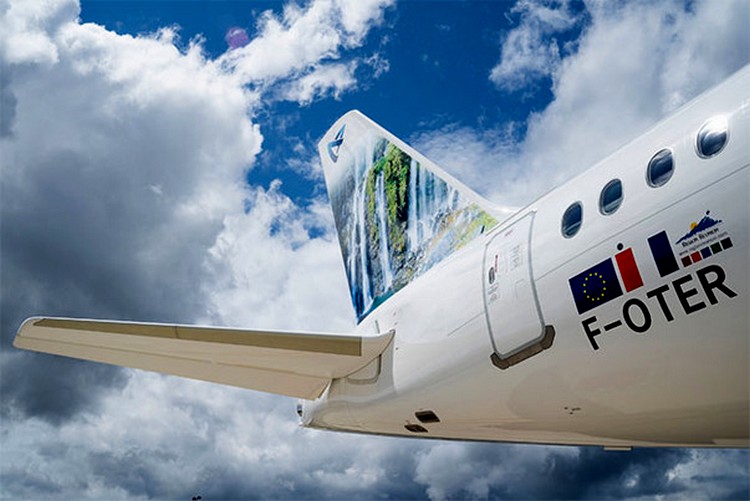 It finally happened. At the end of last week, Air Austral

made its first flight in a brand new Airbus A220-300. On 18 August, the aircraft connected Saint-Denis de la Réunion to the island of Mayotte. This is the first regular service between the two French departments in the Indian Ocean to be operated by the aircraft.

The Airbus A220-300 represents a qualitative leap for the airline on the medium-haul network. The three latest generation aircraft offer a dual-class product (12 Comfort seats and 120 Leisure seats). Their in-flight performance – in particular the silence in the cabin – contributes to improving passenger comfort. It also significantly reduces greenhouse gas emissions and the external noise footprint compared with the aircraft used by Air Austral until now.

According to the carrier, the A220-300 enables a 25% reduction in fuel consumption, operating costs and CO2 emissions per seat compared to previous generation aircraft.

” This is a fundamental and responsible investment for the airline. The Airbus A220-300 opens up new horizons for us. It is the right aircraft for us to confirm our leading position in the Indian Ocean, while maintaining sustainable profitability prospects. We are looking forward to offering our customers this new travel experience as soon as the health situation permits

“, declared Marie-Joseph Malé, Chairman and CEO of Air Austral, recently. The aircraft is expected to serve South Africa, the Comoros, Madagascar, Mauritius, the Seychelles and Chennai in India.

A joint venture under negotiation with Corsair

addition, faced with a complicated health situation that seems to drag on, Air Austral is discussing a cooperation agreement with the airline Corsair. The agreement could lead to a joint venture in the operation of air routes between Metropolitan France and Reunion. The project would enable an enriched service offer by improving the economic profitability of operations thanks to the pooling of resources.

In particular, it would help to increase the choice of flights (access to the two Paris airports, diversity of time slots). It would also provide greater opportunities for connections thanks to the combined networks of the two airlines. Synergies are envisaged on the networks between the French Overseas Departments but also Canada, Africa and the Indian Ocean.

Air Austral and Corsair also indicate that they want to work on a more competitive fare offer. A point which will certainly be examined by the French Competition Authority before any approval to this agreement.

EU: travel from US and Israel restricted