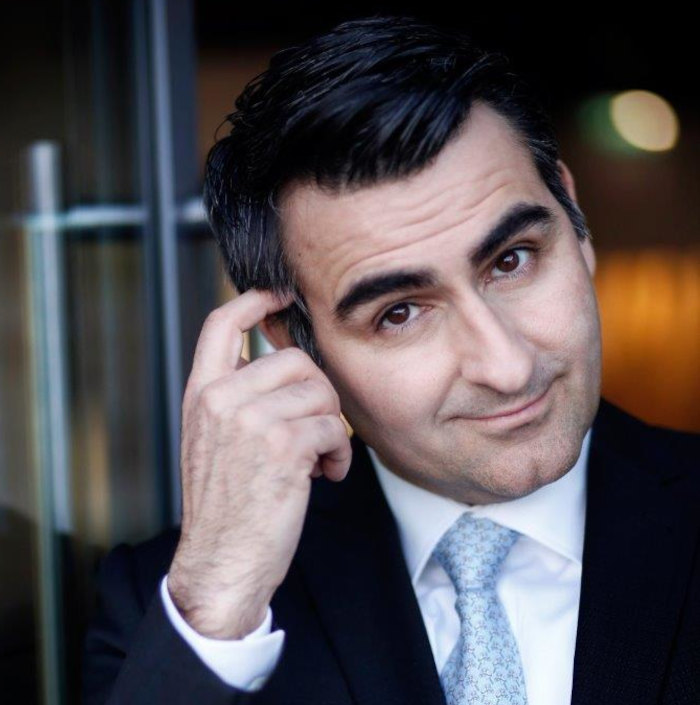 In what ways is the approach to hotel catering by a major group like Accor changing?

Ian di Tullio – We’re breaking the codes. For a long time, we created “hotel restaurants”, essentially geared towards the resident clientele. In my opinion, this vocabulary must disappear. The idea of harmonizing the hotel brand with a restaurant brand – for example, Novotel Cafés or ibis Kitchens – no longer makes sense. What people are looking for today is not cohesion – that model is broken – but an experience. If you open a restaurant in a hotel, it is above all because its concept can attract local customers from outside the hotel, that it brings life to the establishment, that it reinforces its attractiveness for travelers.

The restaurant is therefore seen as an important vector for the success of an establishment?

I. d. T. – Look at what happened in the United States a few years ago with the rise of so-called “lifestyle” hotels: people wanted to be seen at the bar, to dine there, and sometimes to sleep there, which had a positive impact on the average price of rooms. It’s the same for SBE hotels, and that’s one of the reasons why Accor wanted to invest in this group. Their resorts are always full, with nice pools, attractive bars and restaurants, nightclubs. These are places where you can spend all day. If we are able to deploy this perspective in our hotels, their frequentation will be even more important.

The recent reopening of the Pullman Paris Montparnasse saw the integration of certain concepts developed by SBE, such as the high-end fast food restaurant Umami Burger, the Italian restaurant Fi’lia and the Skybar. Why did you choose this establishment?

I. d. T. – As it welcomes a large proportion of foreign travelers, the Pullman Paris Montparnasse

was the perfect place to integrate international brand concepts. For example, some customers have already discovered the Italian restaurant Fi’lia at the SLS in Dubai, where this concept is very popular. In the United States, in Los Angeles and Miami, SBE already had a great rooftop bar concept, which is perfectly suited to Paris. Especially since the Pullman Paris Montparnasse rooftop is on a human scale, cozy, with an incredible view, for very nice experiences.

Why did you go outside to get these ideas?

I. d. T. – First of all, it’s important to note that Accor is one of the biggest players in the restaurant business, with 10,000 restaurants in France.

We have more than 1,000 restaurants worldwide – including 960 in Southern Europe and 800 in France – and the same number of bars. The Food & Beverage business generates 26% of revenues in Southern Europe, which makes it strategic for the group. The question is how to rethink the restaurant, bar and entertainment sectors, to create strong factors for promoting our hotels. Hence the idea of seeking out this expertise at SBE, but also at Paris Society, in which Accor is also a shareholder. The Novotel Megève, which opened last summer, is another good example of this, since it features a Bambini trattoria, modeled on the Parisian restaurant at the Palais de Tokyo, and the Piaf, a nightlife venue combining restaurant, cocktail bar and nightclub.

the exceptional attractiveness we are looking for. 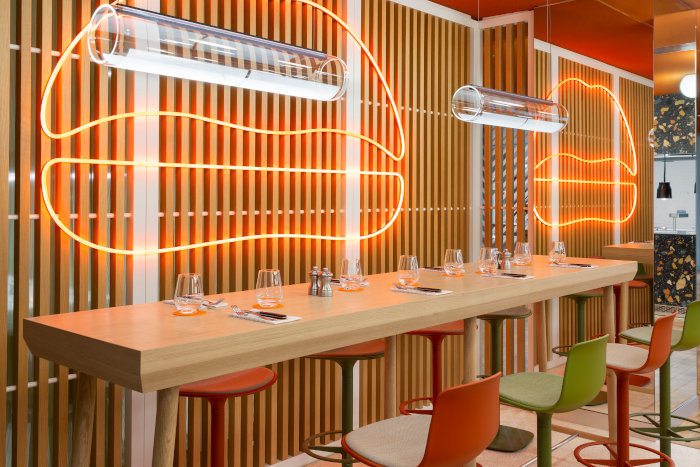 Is your strategy limited to the concepts developed by SBE or Paris Society?

I. d. T. – Of course, we are going to pollinate these concepts through our hotel network. But we can also rely on a dozen or so concepts developed in-house, such as Pia, which focuses on Italy, or Pimelo, which is inspired by California. The latter was created at the ibis Styles Toulouse Labège, in a commercial zone between the airport and the city. Since then, the restaurant’s turnover has doubled. Our responsibility as a franchisor is to give our hoteliers the means to increase both the hotel and restaurant revenues. In this context, just as we have done with design, we are creating a bank of concepts that our hoteliers can choose from, depending on the hotel’s clientele, its local fabric and possibly what other establishments in the city offer

The question is how we can rethink the restaurant, bar and entertainment sectors to create strong factors for promoting our hotels.

Are these concepts intended to be associated with a particular brand?

I. d. T. – At the beginning, we created these concepts thinking that we would need three or four for budget hotels and as many for mid-range establishments. But we realize that they apply to our entire portfolio. Umami Burger is a good example. Who, ten years ago, would have said that a Pullman would host a restaurant of this type? People would have said “no”, it’s not of Pullman quality. Especially since in Europe, customers were much more conservative in this respect. But today, in the same week, customers can love to go for a gourmet burger and the next day go to a starred restaurant. It’s not so exclusive anymore.

Speaking of starred restaurants, we recently saw the kitchens of a palace like the Plaza Athénée pass from the hands of Alain Ducasse to those of Jean Imbert. Are you a top chef or a star chef?

I. d. T. – Neither one nor the other, we like both. Even though they represent high costs in terms of personnel and equipment, starred restaurants still attract many international customers, whether in Paris or Tokyo. At the same time, a restaurant like Quindici at the Novotel Vaugirard, created by Denny Imbroisi (editor’s note: a former TV show contestant), is full at lunch and dinner. It is one of my favorite Italian restaurants in Paris, ex aequo with Carpaccio at the Royal Monceau. I would like to see a good balance between these recognized chefs, the concepts brought by SBE and Paris Society, and those we create on our own. And let’s not forget all the chefs within the group, such as Quentin Lechat, who began his career at Novotel Les Halles and is now the head pastry chef at the Royal Monceau, or the chefs selected to cater the French pavilion at the Dubai World Expo. We have many of these talented professionals, but we don’t give them the spotlight. 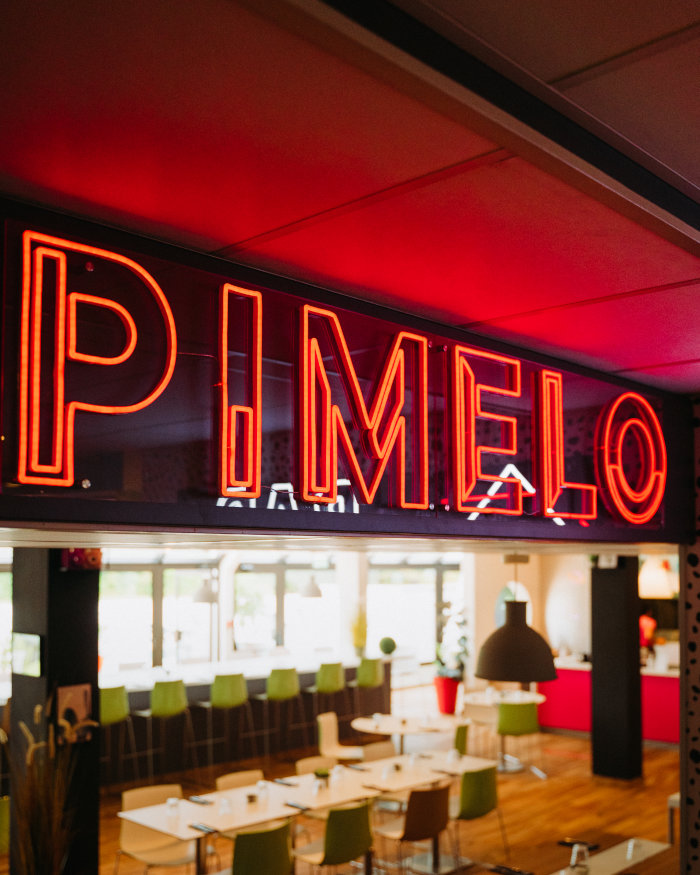 In what ways does Accor intend to establish its reputation as a major player in the catering industry?

I. d. T. – As all of our concepts move forward, they will gain visibility, especially since we have been very active in social media during the crisis. We will continue to build awareness of Accor and ALL – Accor Live Limitless, our loyalty program, as a benchmark player in the restaurant industry. Recently, for example, we were the main sponsor of the Bocuse d’Or. Recently, Mercure also sponsored the new season of the TV show Top Chef, which began on February 16. This partnership goes much further than advertising, as we create events in the hotels around it, such as master classes or four-handed meals with a candidate and a hotel chef. Through our ALL program, our clients can also participate in these events. All of this shows that the Mercure brand is evolving, modernizing with contemporary and locally inspired dining concepts.

Does this strong focus on dining also include a digital component?

I. d. T. – We have recently created a new restaurant platform, restaurantsandbars.accor.com, which features a selection of 200 addresses in France, Spain and Italy. For a long time, we had a site dedicated to restaurants, but which provided information only, without a reservation solution. With this new platform, travelers can choose restaurants according to their desires and reserve a table. At the same time, it allows our hoteliers to regain control of their customer base when faced with sites such as online reservations.

En terms of customer habits, do you see any impact of telecommuting on your restaurants’ patronage?

I. d. T. – Yes, it has changed the consumption of restaurants that are positioned for business customers, with a stronger concentration on the middle of the week, whereas Mondays and Fridays, the days mostly devoted to telecommuting, are generally quieter. This being said, on the other hand, the use of leisure restaurants has exploded. As soon as the deconfinements occurred, we saw an incredible increase in restaurant visits. The appetite for authentic and friendly experiences is more than ever in 2022!