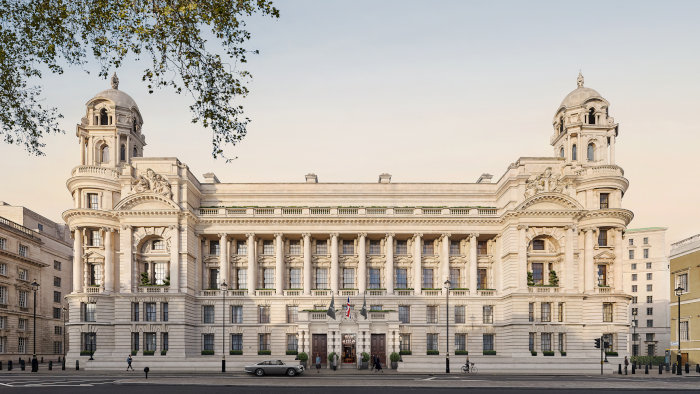 The future Raffles London at the OWO, one of the Accor group’s landmark openings in 2022.

Lifestyle, luxury, numerous new destinations: 2022 is shaping up to be as productive as ever for the Accor group, despite a business still affected by the consequences of the pandemic. ” With more than 300 hotels and resorts ready to open this year, our many loyal customers around the world are sure to find inspiration for their next trip

The group’s luxury positioning, initiated with the acquisition of Fairmont Raffles

in 2016, will be reinforced with several major openings. The most prestigious of these is undoubtedly Raffles London at The OWO, which revisits a monument steeped in history, the Old War Office, as a hotel with 120 rooms and suites and 11 exceptional restaurants and bars. Expected at the end of the year, the establishment should cause a sensation in a British capital that has no shortage of world-class hotels. The end of 2022 will see another important event for the brand playing on the aura of the Singaporean palace with its debut in North America, in Boston, with a hotel of 147 rooms and 146 residences in the Back Bay district.

Meanwhile, the Raffles brand will also appear in Qatar for the 2022 World Cup, in the iconic Katara Towers, a traditional scimitar-shaped tower that will also house a Fairmont hotel. Also in the Middle East, the Rixos brand, which specializes in luxury resorts, will continue to expand in the region with the Rixos Doha Qetaifan, the Rixos Jewel of the Creek in Dubai and the Rixos Obhur Jeddah in Saudi Arabia. Finally, Accor’s new luxury brand, theEmblems Collection

, will also make its debut in 2022 with the opening of the Guiyang Art Centre Hotel in China, a private residence surrounded by lush gardens that has been transformed into a 64-room hotel. 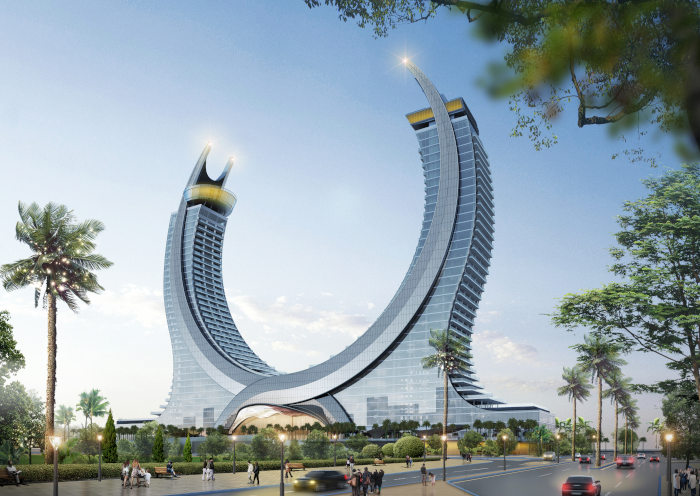 Along with luxury, lifestyle is Accor’s other major development focus, particularly since the

he creation of a joint venture with Ennismore to accelerate its growth in one of the most buoyant segments today. In this context, Paris will be in the spotlight in 2022 with the opening at the end of the year of the first Maison Delano

, a stone’s throw from the very chic Faubourg Saint-Honoré, and another trendy address in the summer, the SO/Paris, on the banks of the Seine in the 4th arrondissement.

A Mama Shelter just opened in Lisbon and another planned for Dubai at the end of 2022, a very arty 21c Museum Hotel in Saint Louis in the United States and a luxurious SLS in Puerto Madero in Argentina, or a much more affordable Jo&Joe in Medellin, Colombia: the projects underway in the lifestyle hotel industry are diverse and varied and concern all regions of the world. After making its Asia-Pacific debut last year in Seoul, Mondrian will continue its expansion in the region in Hong Kong, while the low-cost lifestyle brand Tribe will begin its Asian expansion in Phnom Penh

, before other hotels are expected to open in Singapore, Manila, Phuket and Bali.

However, the growth of the Accor group’s offer will also be driven by its historic brands, which are well known to business travelers. As well as a Tribe, Phnom Penh will also be home to a new Novotel, with 253 rooms, three restaurants and several meeting rooms. Other business-oriented openings are expected at Novotel in the Moscow ComCity business complex in Russia, in Mexico City with a hotel located opposite the World Trade Center, and in Liverpool with the Novotel Liverpool Paddington Village, which aims to become one of the highlights of the British metropolis. In Tallinn, Estonia, the Novotel Living

See also  La Rochelle: the advantages of proximity and eco-responsibility

long-stay hotel is expected to open at the end of the year. 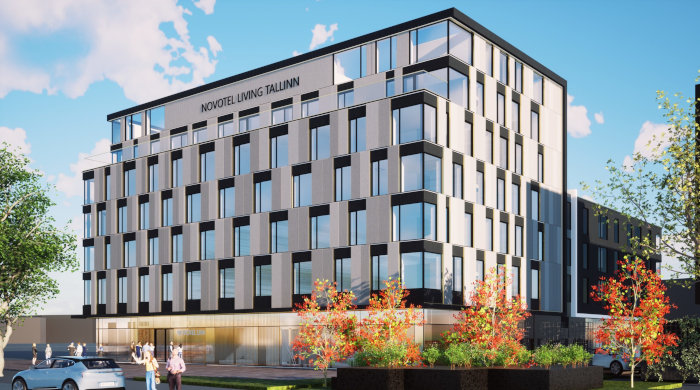 The openings announced by Accor for the current year focus on business destinations, for example with the Sofitel Shanghai North Bund, Pullman hotels on Orchard Road in Singapore and in the

s Axis Towers in Tbilisi, Georgia, this one with the largest conference room downtown. MGallery is also set to add an impressive list of business cities to its collection in 2022, including Hong Kong, Manila, Seoul, Singapore, Sydney and Tel Aviv. In Europe, Mercure will set up shop north of Amsterdam in an up-and-coming area, while the French group will make its debut in Denmark with the ibis Styles Orestad, located on the outskirts of Copenhagen, which shares space with offices and small business premises.

Accor is not forgetting its home market, however, and among the openings announced for 2022 in France is an ibis Styles in Dreux and the continued development of the budget and eco-friendly greet brand, which is expected to open in La Rochelle and Vincennes, on the outskirts of Paris. Also on the outskirts of Paris, the MGallery Issy-les-Moulineaux Domaine de la Reine Margot will open in late 2022. This former royal estate was once frequented by Queen Marguerite de Valois, and was later used as a retreat by the priests of Saint-Sulpice before being transformed into a high-end hotel under the direction of architect Jean-Michel Wilmotte. “ Accor has a very strong development pipeline and we are delighted to bring so many projects to life in 2022,” concludes Agnès Roquefort, Accor’s chief development officer.

Exhibitions : Bonport at its business at the Montparnasse station