A complex year 2021, but an encouraging horizon according to In Extenso 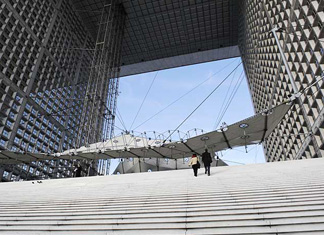 With the confinements and restrictions that have still disrupted much of 2021, the French hotel industry has gone through a year deemed ” complex ” by Olivier Petit, partner at In Extenso Tourism, Culture and Hospitality. Unsurprisingly, revenue per overall room – RevPAR – is still far from having returned to 2019 levels, down -37% compared to this period, due to a 38 pts decline in occupancy rates. This is a relative improvement compared to 2020 (-55%). Unsurprisingly, the entry-level hotel sector has proven to be the most resilient, with revenues down “only” -24%, compared to -37% for the economy segment, and declines of slightly more than -45% for the high-end and luxury hotel sector, which has been more affected by the absence of foreign customers and the cancellation of major conventions.

As well as the segmentation, the analysis highlights the different prospects for each destination. The cities most dependent on international tourism and MICE activity, such as Paris, Nice and Strasbourg, see RevPAR from open hotels remain 40% lower than in 2019, while the major cities with mixed segmentation, such as Bordeaux, Lyon and Toulouse, show a -35% decline. At the same time, Rennes, Nantes and Lille, which are positioned on a more domestic clientele and individual business travelers, limited this decline to -30%, while the cities that fared best were those that added a leisure dimension to their domestic positioning, such as Marseille and Montpellier, which declined by only -20%.

However, while the sector has not yet finished healing its wounds after two years of global health crisis, the results presented by In Extenso show a gradual recovery. Among the first signs described as “reassuring about the resilience of the French hotel industry ” by the consulting firm, hotel occupancy improved from the summer onwards, due to the tourist clientele in coastal destinations, but also thanks to the ” frank recovery of the seminar market ” from September onwards. With this good seminar business and a gradual return of American customers, albeit without reaching the volumes of the past, the performance of the Paris hotel industry gradually improved in the second half of the year, particularly for upscale and luxury establishments.

See also  Vueling, 50 destinations from Orly for the summer

Another reason for satisfaction for hoteliers is that average prices have started to rise again and are even higher than in 2019 (+ 2%). No price war, which would not have brought in more customers anyway, especially from long-haul destinations. We see a dynamic from the fall until the arrival of the Omicron wave, with a tightening of the curves that tend to be closer to 2019 levels,” notes Olivier Petit. This outlook for the end of the crisis is encouraging.

Taking into account all of these elements, and taking into account the numerous hotel openings planned for this year – with 4,000 new rooms expected in the Île-de-France region and 6,000 in the rest of France – In Extenso forecasts that in 2022, RevPAR will decline by 10% in Paris and a limited decline of 3% on the Côte d’Azur and in the provinces. Hotel activity will be marked by three main phases: a first quarter penalized by health constraints related to the Omicron variant, a second phase until the end of the summer in which hotel occupancy will increase while remaining penalized by a still limited convention activity and an absence of long-haul customers, and finally a third period from the fall onwards with a catching up of the 2019 levels. There may even be a reversal of the curves, especially since the end of 2019 was marked by numerous strikes and a tense social climate.

Regarding business customers, Olivier Petit notes a real dynamic recovery in the seminar business: ” With confinements and telecommuting, companies need to reestablish social ties with their customers and employees, who are not always present at the same time in the office. Part of the losses on individual business travel will be compensated by this seminar clientele.”

In Aarhus, the “hygge” spirit permeates the business world